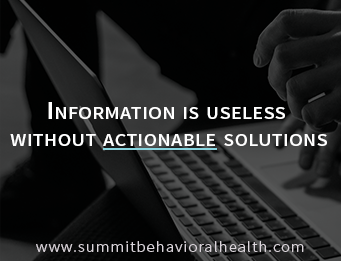 The most recent national survey about drug and alcohol abuse among college-age adults provides relevant information about the attitudes and practices of this demographic that is far more likely to indulge in these excessive activities. But information is useless without actionable solutions so here are five key takeaways from the 2015 National Institute on Drug Abuse survey that can help craft new ways to attack this persistent problem.

For years, smoking weed has become something of a rite of passage among high school and college students. And according to the survey, nearly 5 percent of college-age students admitted that they smoked pot on a daily basis.

Although this may not seem like a large number, the percentage of full-time marijuana users in college has risen steadily since 1995, when it was at 3.7 percent. Part of the reason for this steady increase is that states have lowered the stigma of marijuana smoking by passing laws legalizing its use in one form or another.

Twenty-six states and Washington D.C. have legalized marijuana for medicinal or recreational use, and many others are in the process of decriminalizing marijuana use. (1)

Furthermore, 38.4 percent of college-age students said they had been drunk in the previous month, compared to 24.9 percent of non-college participants.

Binge drinking dangers include alcohol poisoning, heart attack, and a higher risk of vehicular homicide if the drinker chooses to operate a motor vehicle.

Cigarette Use Is Trending Down

The survey also found that cigarette smoking and hookah usage are trending downward among college-age adults.

And that holds true even for E-cigarettes, which only 8.8 percent of college students admitted to smoking, less than the 12.9 percent of non-college participants who admitted to E-cigarette smoking. Part of this decrease may be attributed to the number of universities that have banned smoking on campus. (2)

Smoking bans have helped change attitudes among some college students about the risks of this activity, but they have also helped promote ways that students can kick the habit, including behavioral modification classes, individual counseling sessions, and even the use of tobacco patches.

Cocaine Use Is Trending Upward

Unfortunately, while cigarette use is decreasing among college-age students, cocaine use has risen over the past few years, hitting a 10-year high in 2014. In the survey, 4.3 percent of students admitted they used cocaine full-time, which is slightly less than the 4.4 percent that admitted their cocaine use in 2014.

The upward trend is of great concern because full-time cocaine use among college students decreased to 2.7 percent in 2014 before its steady climb. Before then, cocaine use had remained in the 3.5-percent to 3.1 percent range dating back to 2010.

Cocaine use among college students may be motivated by the stress and pressures of coursework or may be influenced by the party culture of a particular university. Cocaine is widely available at nightclubs, parties and raves, three venues that are prevalent across campuses in the U.S.

Synthetic Drug Use Is Declining

But at least one fad drug seems to be declining in popularity among college students. The survey found an 80 percent decrease in synthetic drug use from 2011 to 2015, and the use of salvia decreased 90 percent between 2009 and 2015.

Salvia is an herb that grows in southern Mexico and it causes vivid hallucinations and intense, frightening visions. The stimulant is not illegal in the U.S., but the U.S. Drug Enforcement Administration (DEA) has warned people not to use it because the extent of the health risks is unknown. (3)

The decline in synthetic drug use among college-age students may be attributed to the fact that these drugs are very dangerous. In fact, overdoses are common, because the chemicals used to enhance these drugs – such as bath salts – are not for human consumption.

Treatment Is a Solution

For college students struggling with an addiction, drug and alcohol detox may provide a solution. A treatment program must begin with physical and psychological withdrawal from drugs and alcohol, followed by intensive counseling. In some instances, residential treatment is necessary prior to outpatient treatment, but in all instances, a personalized addiction program works best.

If you or someone you love needs help with an addiction, please contact the Drug and Alcohol Detox experts at 1 to discuss all your treatment options.