What Is a Functional Alcoholic?

The idea of a “functional alcoholic” is actually a myth based on the notion that the person has some sort of control over their alcohol abuse. If someone is an alcoholic, by definition, they are experiencing distress and dysfunction because of their alcohol use.

What the Research Shows

Research studies have tried to identify different subcategories of people with alcohol use disorders. One of the most cited of these articles comes from a 2007 research study published in the Journal of Drug and Alcohol Dependence that used a classifying technique on a sample of slightly fewer than 1,500 people to determine different sub-types of people with alcohol use disorders. The study found that about 19 percent of the sample classified as “functional.”

Before you make the same mistake that many publications have made, this does not mean that 19 percent of all people with alcohol use disorders are “functional alcoholics.” It just means that of the individuals in the sample, 19 percent were functioning at a higher level than the rest of the sample.

What Is Classified As a Functional Alcoholic In Studies?

Basically, research studies and popular books that classify people as “functional alcoholics” are making observations based on the stereotypical alcoholic.

In the book Understanding the High-Functioning Alcoholic, the author viewed the research and used some of the findings to develop a so-called profile of a “functional” alcoholic.

Can You Be a Functional Alcoholic? 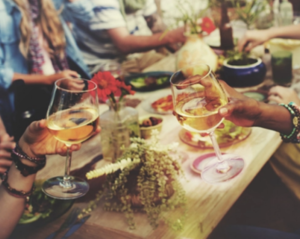 The definition of substance use disorder automatically implies that the person has dysfunction that is related to their use of drugs or alcohol. The fact that some people can hide, manipulate the situation, or manage it better than others does not make them functional.

Instead, it means they are functioning at a level that might be better than some other people, but if they stop using alcohol or drugs, they would be functioning significantly better.

There is a tendency for people with substance use disorders to deny they have a problem. When you label someone as a “functional alcoholic,” you are engaging in another form of denial.

They may be able to maintain a level of functioning that is in opposition to your stereotypical notion of what someone with a substance use disorder looks like. But if they qualify for a formal diagnosis related to substance abuse, they must be experiencing some level of distress and dysfunction as a result of their use of drugs or alcohol.

“Substance Abuse and the Family notes that people who would be classified as “functional” substance abusers often seek treatment for family relationship issues. If the therapist is competent and performs a full assessment of the situation, they often find there are issues with substance abuse in the family that lead to dysfunction. ”

Substance Abuse and the Family

In other cases, individuals with disorders like depression may reveal significant substance abuse in the intake session when they seek treatment.

People who are labeled as having “functional” substance abuse issues will not be likely to seek treatment because they believe their substance use is normal for them. Many people around them will adopt the same attitude.

A mental health clinician who specializes in addictive behavior can help in this situation. While the person may be unable to see they have a problem, a professional diagnosis may prompt them to get help.

A professional interventionist can help loved ones stage an intervention where they can attempt to persuade the person to get help.

While the person may be able to function despite their alcohol abuse, this will likely reach a breaking point. Eventually, the effects of ongoing alcohol abuse are felt.