Do Benzos (Including Xanax) Cause Lasting Brain Damage?

Benzodiazepines are typically prescribed by medical professionals to help those dealing with insomnia and anxiety. These pills, the most common being Xanax and Valium, put the user in a very relaxed state that is enjoyable to some. The hypnotic, overall peaceful effect may become physically addictive, and psychologically addictive as well.

Benzos are only supposed to be used for a short time due to their addictive properties. However, the majority of people may end up using the drug for an extended periods, especially if they have become dependent on the drug.

While benzos may have a pleasing effect on the brain and body, the results of long-term use can be devastating. While there is still plenty of research being done on the actual side effects of benzos, the results show that there is an overwhelming amount of serious impact on the brain when used in excess.

Effects on the Brain?

One of the most important neurotransmitters that a benzo effect is known as GABA (gamma-aminobutyric acid). Medical professionals believe that an overactive GABA will leave an individual with excessive stress and anxiety. When this transmitter is interrupted and slowed down with benzo, you may feel calmer and at ease, thus causing the ‘high’ felt by users 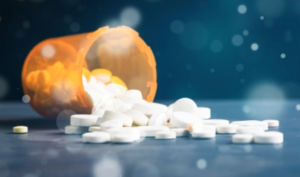 Benzodiazepine (BZD, BDZ, BZs) is a psychoactive drug. The chemical structure of a benzo includes two parts: the benzene ring and the diazepine ring counterpart. Fused together, these parts create the psychoactive drug that produces an enhancing effect on GAMA and the GABA receptors, leading to an overall feeling of hypnosis and sedation. It also contains muscle relaxing properties, anti-anxiety properties, and anticonvulsant properties.

Can They Cause Brain Damage?

Using benzos for a longer time than prescribed or abusing them can be incredibly dangerous to your health, especially in the brain, as that is where the drug operates. Not only can it cause brain damage over a period of time, but there are also many short-term side effects that can harm your body as well.

Some of the Short-Term Side Effects of Benzos Include the Following:

While these short-term side effects can be frightening, they aren’t nearly as bad as the long- term effects that benzos can have on the brain. After prolonged use in high doses, there is a potential for extreme effects on the brain, including:

Some of the effects on the brain can occur during withdrawal. These include brain zaps and shocks, head shocks, electrical shocks, brain shivers, and brain fog. None of these are technically dangerous, but the feeling can be excruciating, or downright frightening.

If you want to get off of benzos, including Xanax, you should never stop using it abruptly or cold turkey, as this can bring on terrible side effects. Always work with a medical professional to wean or taper off benzos.

There is also a high risk of overdose when it comes to benzos, as they are relaxers and most people won’t notice that they have taken too much until it is too late. It is imperative to note the different overdose symptoms of benzos, as an overdose can easily turn fatal.

An Overdose of Benzos Will Include the Following:

Can Damage be Mitigated?

The best way to mitigate damage due to benzos is to stop using or abusing the drug. However, remember that the withdrawing should occur in a slow and patient process, rather than quitting cold turkey. In cases where a user is severely dependent on the drug, quitting cold turkey may result in psychosis, seizures, and even death.

In most cases, professional detox in a medical facility is an optimal way to get off benzos, as the specialists will help with the step by step process and offer different medications to help with the withdrawal.

However, You May Still Feel One of the Following Benzo Withdrawal Symptoms:

Some users may also have prolonged withdrawal effects like feelings of depression, anxiety, and sleeping difficulties. Remember that the intensity and duration of the withdrawal will differ from person to person, but getting help and recovering from benzo addiction is the best way to ensure that no further brain damage is being done.

Benzos are technically safe when used in small doses over a short amount of time. However, if your use progresses and you become addicted to the drug, it can cause physical and mental detriment. It’s better to be safe than sorry, so if you’re in that category, please reach out for recovery help as soon as possible.

While studies are still being conducted on the connection between benzos and brain damage, it is ultimately clear that benzos have a negative impact and affect the memory and receptors in the brain, that could lead to an early onset of Alzheimer’s or dementia. Quitting now is your best bet for a healthier brain and staving off any of the long-lasting side effects that go hand in hand with benzos.

About Dominica Applegate: Dominica is a writer for California Highlands and has dedicated her career to creating well-researched content so that those that are in search of treatment can find the help they need.