Addiction services have been overwhelmed by the opioid crisis over the past decade, which has caused our attention to stray away from other drugs. For example, methamphetamine and benzodiazepines are two drugs that have become extremely prevalent throughout the country. Although opioids have deserved the lion’s share of attention, it’s caused benzodiazepine addiction to surge.

The world has seen an incredible transformation over the past year, and mental health conditions like anxiety have skyrocketed. The numbers before the pandemic were already significant. An estimated 18.1 percent of people in the United States struggle with anxiety disorders, considered the most common mental illness in the country. Instead of treatment, many people opt to self-medicate to overcome their ailment, but it often leads to them being worse off than where they started.

If you’re looking for benzodiazepine treatment in Massachusetts, it can help treat both a substance use disorder (SUD) and the underlying conditions that might have caused someone to become addicted. A benzodiazepine prescription is the easiest way to battle anxiety in the short term, but it’s not feasible over a prolonged period. It’s evident with these figures that many doctors use this approach because, according to the U.S. Food and Drug Administration (FDA), nearly 92 million benzodiazepine prescriptions were dispersed across the United States.

The most common prescription was Xanax, and 38 percent of the 92 million prescriptions were for alprazolam, while another 24 percent were for Klonopin and 20 percent for Ativan. Benzodiazepines should never be used for more than two weeks at a time, and the same report from the FDA found half of these prescriptions were given for more than two months. You can develop a tolerance for benzos in as little as two weeks, so you can imagine what can happen in two months.

Despite their addictive qualities, benzodiazepines are vital for treating insomnia, seizures, generalized anxiety disorder, social phobia, and panic disorder. However, these should be used in conjunction with other therapeutic methods to treat these disorders. The dose, frequency, and duration of treatment will be determined by the prescribing physician based on the severity of a person’s symptoms.

Despite their effectiveness, many American’s fall victims to addiction. Even when used as prescribed, these drugs can cause you to become dependent on them, but they’re even more dangerous when taken with other depressants like alcohol, opioids, or illicit drugs. If you’re living in Massachusetts and have had it with relying on medications for normalcy, it’s time to learn about treatment and how it can save your life. 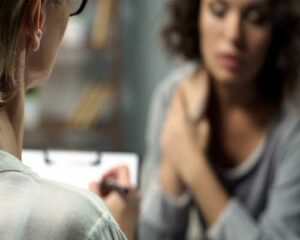 The National Institute on Drug Abuse (NIDA) published a study that found nearly 50 million Americans reported misusing prescription medication at one point in their lives. The study went on to say that 14 percent of those who admitted to prescription drug misuse currently struggle with drug dependence. Benzodiazepines belong to a class of central nervous system (CNS) depressants commonly abused for their euphoric effects. They’re highly sought out even by those who don’t struggle with anxiety or one of the conditions they treat.

The mellow effects benzos produce are why they’re misused and targeted for abuse. Benzodiazepine use can lead to fatal overdoses when taken alone. Still, these drugs are commonly mixed with opioids and alcohol, which is even more dangerous and elevates the potential risk factors.

In 2017, benzodiazepines were involved in 38 percent of all overdose fatalities, only ranking behind fentanyl, heroin, and cocaine. The one combination that concerns experts the most is benzos and opioids because they both suppress essential and life-sustaining functions of the central nervous system, increasing the odds of a fatal overdose substantially.

Benzodiazepine addiction is commonly treated with inpatient and outpatient treatment programs in Massachusetts. Fortunately, various options and services exist that will be tailored around the individual’s specific needs.

Many people believe they can overcome benzodiazepine addiction through sheer will alone. Unfortunately, with the stigma attached to addiction, many will attempt to stop using addiction alone because they’ve been coaxed to believe that it’s a habit that can be broken and fixed alone.

We’ve become a lot more experienced on the topic over the years and have learned that addiction is a disease that requires lifelong treatment to manage. If you’ve become dependent on or addicted to benzodiazepines, it’s imperative that you seek professional help; stopping alone can be dangerous.

Benzodiazepine withdrawal is more than uncomfortable; it can be fatal without adequate care. As a depressant drug, it produces withdrawal symptoms similar to alcohol and barbiturates, which are notorious for being dangerous.

If you live in Massachusetts and you’re ready to make different choices in your life, you’ll need to check yourself into the first and most intensive step in the continuum of care known as medical detox. You’ll be monitored around the clock for up to seven days by a team to ensure you don’t experience seizures or other adverse symptoms.

Another reason halting benzo use is such a challenge is because a doctor prescribes the drug for a legitimate purpose. It’s difficult to know when you’ve crossed a line because you’re hiding behind the fact a doctor gives it. Unfortunately, this isn’t always the case, and despite not choosing to become addicted, it’s a side effect of use. These lines are often blurred, and you may not understand why you’re craving more or why your anxiety isn’t going away. When you take the drug as prescribed, you satisfy these cravings without knowing, leading to tolerance, and you’ll only be taking the medication to keep the withdrawals at bay – this is addiction.

Due to the inherent dangers involved throughout the withdrawal process, you must seek detox and follow this up with inpatient or outpatient treatment. Although detox can save your life and safely remove the drug from your body, it’s not enough to treat the underlying causes that led to addiction. For this reason, you must consider the next step in addiction treatment and commit your time to better your life.

If you’re looking for benzodiazepine treatment in Massachusetts, you’re only a phone call away. You must make sure the treatment center you decide on is accredited and offers evidence-based methods that are tailored around your needs.