Mysoline is a drug that was used to treat a chronic medical condition known as epilepsy. This condition causes painful and dangerous convulsions that can injure the individual in a variety of ways. There are 50 million people in the world who have this disorder. A vast majority of those who do suffer use medication to manage their symptoms. There are many medications on the market that can alleviate the worst symptoms of epilepsy and keep seizures to a minimum. They are especially effective when used as prescribed. Of these medications, Mysoline is a powerful barbiturate that for many years was used to treat the disorder.

Epilepsy is characterized by recurrent seizures, which are brief episodes of involuntary movement that may involve a part of the body or the entire body. There are instances where it is accompanied by a loss of consciousness and loss of control of bladder and bowel functions. Seizures are the result of electrical discharges in brain cells. A single seizure will not classify as epilepsy, but having two or more unprovoked seizures will. This is one of the most recognized conditions that dates back centuries.

Barbiturates were once commonly used to treat epilepsy, but the central nervous system depressants (CNS) carry the risk for chemical dependence and addiction. These are among the worst side effects when these substances are consumed for long periods. Barbiturates were used for a variety of ailments throughout the beginning of the 20th century, but their adverse effects caused them to be replaced by other treatment options.

Though it has fallen out of regular rotation, Mysoline is still used in more extreme cases in which the disorder is resistant to the treatment given. There are several other options to consider before using powerful substances like Mysoline. If you do have to use a barbiturate such as Mysoline, it helps to become familiar with the signs of addiction and what can be done should you develop a chemical dependency. 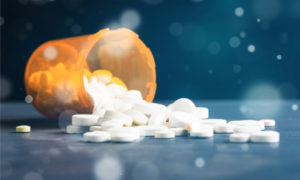 Mysoline is a barbiturate called primidone, which is an analog of a powerful substance called phenobarbital. To put into perspective how powerful phenobarbital is, it is used in states that allow physician-assisted suicide. This helps a person suffering from terminal illness end their lives with dignity on their own time. These fall into a class of central nervous system depressants that treat sleep disorders, anxiety, and seizure disorders like epilepsy. Once the adverse effects of these types of drugs became more widely known, doctors sought alternatives such as benzodiazepines or Z-drugs. They are still used in cases as mentioned earlier where other drugs did not perform to their potential.

Like all depressants, Mysoline works by modulating a receptor in the brain that is activated by gamma-Aminobutyric acid (GABA). Mysoline does not interact with GABA receptors directly, which makes it unique in its category. When phenobarbital breaks down, it alters GABA and increases its efficiency. GABA receptors have many responsibilities in our brain, but these receptors that drugs like Mysoline affect work to slow nervous system excitability. This is how the anxiolytic feelings of sedation occur.

This drug was found in 1949 to be an effective epilepsy treatment. It was originally sold in the United Kingdom and Germany. At first, its effects were reported to be mild but beneficial when treating this disorder. Throughout the next two decades, however, the effects became more prominent as more people began to use the drug. These included fatigue, drowsiness, ataxia, involuntary eye movement, dizziness, and visual disturbances.

What Are the Signs of Mysoline Addiction?

While addiction is not always easy to detect in the earlier stages, it does have specific characteristics to look for. Drugs like Mysoline, even in the beginning stages, will provide anyone who suspects a loved one of using with clues. If you believe you are developing an addiction, you must speak to your doctor immediately. According to the National Institute on Drug Abuse (NIDA), addiction is characterized by continuing to use despite the serious consequences that may result. If your dependence on Mysoline has affected relationships, caused problems at work or school, or is causing medical issues and you continue to use, this is a sign of a substance use disorder.

Several warning signs occur before a fully developed addiction happens. The first sign that someone is on the slippery slope will be an increased drug tolerance. A tolerance is when you need higher doses of the drug to achieve the same effects as when you began using. When consuming barbiturates, however, a tolerance is a telltale sign that you’re becoming chemically dependent.

Dependence signifies that your brain and body are adjusting to your Mysoline use. At this point, your system will stop producing its own chemicals and begin relying on the drugs. If you cut back or stop using at this point, you will begin to feel uncomfortable withdrawal symptoms. Withdrawal can cause an array of symptoms ranging from mild to severe. These can include:

Suddenly stopping a drug can create intense and undesirable withdrawal symptoms that can result in fatalities. This is why if you feel you’ve become dependent on Mysoline, you must reach out to your primary care physician before stopping use on your own.

Mysoline can easily be abused because of its euphoric effects. The potential for abuse is very strong with barbiturates, and abuse can lead to active addiction. There are outward signs of abuse to consider if you believe a loved one is abusing the drug. The signs that accompany barbiturate abuse are similar to alcohol such as slurred speech, poor coordination, and dizziness. Someone who delves deep into barbiturate use will often withdraw from everyday activities and have a peculiar sleep schedule and extreme mood swings.

How Does Mysoline Addiction Treatment Work?

Treating drug addiction adequately and thoroughly requires a process. Several levels allow the body to adjust to different phases of treatment, and these are all on what is known as the continuum of care. It’s intended to place you in the treatment that your needs require. The most effective addiction treatment is customized to the client’s specific needs. 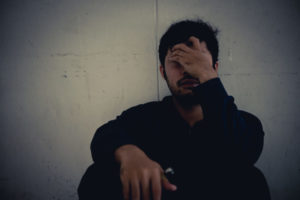 Due to the dangers involved with barbiturates like Mysoline, the first stage is medical detoxification. This is the highest and most intensive phase of care that ensures the client remains safe as addictive substances are removed from the body. Detox will require the client to stay at a facility for three to seven days and give them access to 24-hour care. They will be monitored around the clock to ensure they’re responding to treatment. The medical staff may provide medications to mitigate the worst symptoms as you are weaned off the substance.

When detox is completed, the next level of care follows and that placement is determined based on the results of an initial intake and assessment. During this assessment, the medical team will review your history of drug use and relapse. If they determine you could be a threat to yourself, they will place you into residential care where you will live on-site for a determined period of time. This could last up to a month or three months. You will go through a variety of therapies that help get to the root of your addiction.

How Dangerous Is Mysoline?

Mysoline is very dangerous like most barbiturates. This is why it was removed from regular use by doctors and replaced with benzodiazepines. The dangers could present themselves later on with the very dangerous withdrawal symptoms they pose. Those who stop using the drug are prone to seizures, which could be deadly in some cases. Abusing Mysoline can lead to respiratory distress that leads to brain damage and death. This is especially true when mixed with alcohol.

Other Serious Complications Related to Mysoline Abuse Include: