What is Xanax Rebound Anxiety & How Do You Recover From it?

The 1960s saw an explosion of psychiatric treatment, and during this era, it became more mainstream and socially acceptable to receive this method of treatment. Researchers were on the hunt to discover new ways to help treat those experiencing insomnia that stemmed from anxiety.

The famous Dr. Leo Sternbach was the chemist who created the first benzodiazepine known as Librium as early as 1956. The idea was to synthesize a less addictive version of the medication’s predecessor, barbiturates, that still offered the same level of treatment. Sternbach was successful in his many attempts and created Valium (diazepam), Klonopin (clonazepam), and many other similar benzodiazepine drugs. It was the birth in a long line of drugs that had the potential to treat these often debilitating disorders.

It wasn’t until 1969 when the first patent was filed for alprazolam which is also known as Xanax. The patent was granted in 1976. Research on the drug continued, but it wasn’t until 1981 when the Upjohn company first released it. The company has since merged with Pfizer. The U.S. Food and Drug Administration (FDA) approved Xanax for use in 1981, and it was assigned to Schedule IV of the Controlled Substance Act in November 1981. It was the first of its kind to treat panic disorders. Xanax was then utilized in the fight against panic disorders caused by an overactive nervous system in 1990.

Two years after it was inducted into the market, it became an essential weapon for doctors. Today, Xanax is the single most prescribed psychiatric medication in the United States. The medicine is often regarded as the me-too successor to Valium.

The United States can be considered as a Xanax nation because doctors write nearly 50 million prescriptions for the drug each year.  As a whole, psychiatric drugs are prescribed upward of 250 million times each year. With such a high figure of the drugs finding their ways into our society, there has been another crisis concerning researchers — a potential benzo crisis.

Currently, the U.S. is plagued by the most deadly crisis in recent American history. The opioid crisis has devastated our communities, but something is lurking in the shadows and not receiving the attention it deserves. Anti-anxiety medications like Xanax are often more deadly than opioids and have the potential to become the next big crisis.

The drugs are prescribed more than any other drug, and even if doctors begin to cut back on these prescriptions, we face a new problem with the rise in research chemicals. New research chemicals display benzodiazepine properties and are causing problems such as rebound anxiety. Rebound anxiety is a problem that is the direct result of benzo use. 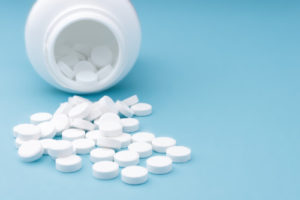 Xanax is a brand name for the drug alprazolam, which belongs to a group of drugs called benzodiazepines. Xanax was initially synthesized to treat panic disorders, but today it manages a wide variety of anxiety and other panic disorders. When the drug is taken as prescribed, it is considered safe and effective to treat ailments. Xanax works by decreasing abnormal excitement in the brain. It acts on the central nervous system (CNS) to produce a calming effect.

Xanax slows down the movement of brain chemicals that potentially become unbalanced. The result? A reduction in nervous tension and anxiety. Xanax works by boosting the effects of the natural chemical in our brains known as gamma-Aminobutyric Acid (GABA).

When taking the medication, it is important to inform your doctor about the current medications you are taking. Alcohol consumption is frowned upon due to the adverse interactions that may occur. Those with alcoholism may handle Xanax differently and should abstain from any drinking during the period of use.

The medication is intended for short-term use because of its addictive qualities. Tolerance to Xanax can occur in as little as three weeks, and doctors typically prescribe the drug for short-term use. It is possible to experience Xanax withdrawals in as little as a few weeks even when using as prescribed. Those who abuse the medicine or take higher doses can experience more profound and severe side effects like hallucinations and seizures.

Withdrawal Symptoms Can Occur a Few Hours After the Last Dose, and Some of the Most Common Side Effects Include:

It is critical to mention that it is possible that withdrawing from Xanax might cause death, if not medically supervised.

Someone who has been prescribed Xanax for a generalized anxiety disorder, panic disorder, or insomnia can experience what is known as rebound symptoms. Rebound symptoms are classified as a worsening of the symptoms you initially took the medication for. These symptoms are intensified symptoms of a pre-existing psychological disorder and can include anxiety, panic attacks, and an inability to sleep. Typically, the symptoms will dissipate in a week’s time, but the ailment will require customized treatment.

What Is Xanax Rebound Anxiety?

Rebound anxiety is the relative worsening of symptoms on the discontinuation of treatment as compared to baseline symptoms. Abrupt withdrawal of benzodiazepine treatment in generalized anxiety patients was found to induce rebound anxiety in addition to minor physical symptoms. There was a study released illustrating newer high potency benzodiazepines like Xanax have stronger anxiolytic effects than the original benzos created. During testing, Xanax was superior to placebo in the treatment of panic disorder.

Due to the strength of the drug, rebound anxiety is more prevalent during withdrawal. It usually occurs between two to three days after a taper and if traditionally caused by too big of a reduction of the drug at one time. Rebound reactions have the potential to create a relapse reaction, and between 10 percent to 35 percent of individuals will experience the rebound of anxiety symptoms, particularly panic attacks.

How Do You Recover From Rebound Anxiety? 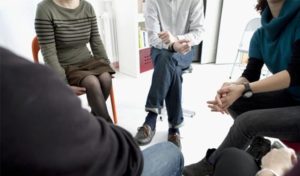 As mentioned above, Xanax is an extremely potent benzodiazepine drug that can cause fierce withdrawal symptoms. While rebound anxiety is a part of the withdrawals, it can be relatively mild in comparison to seizures or delirium tremens (DTs). Because of these potential problems, addiction specialists and physicians strongly encourage medical detoxification to take place for someone recovering from a Xanax addiction. During detox, the client will be slowly tapered off the medication to alleviate with worst withdrawal symptoms as well as potential rebound effects.

Since some side effects could be suicidal thoughts, clinicians will prescribe medication that combats these thoughts and transition you into sobriety safely and efficiently. Upon completion of detox, you will be placed into the next level of the treatment phase.

Depending on the severity of the addiction, you could be placed in either a residential treatment center offering care of up to 90 days that will allow you to build your life outside the walls of addiction. If the clinicians decide you can fulfill the role of treatment while living outside the walls of a facility, they will allow you to do outpatient treatment. You will still be involved in the same types of therapy sessions as someone in residential, but you will be able to go to work and return home after it’s completed.

Xanax addiction is extremely dangerous, but it can be severe if you stop taking them after longtime use. It is especially true if you quit abruptly after developing a chemical dependence. If you start to feel withdrawal symptoms after you stop using the drug, know that it’s important to seek help as soon as possible. You could experience rebound anxiety that could lead to a relapse.

If you or a loved one is struggling with a substance use disorder from Xanax, there is help available. Speak to an addiction treatment specialist at Serenity at Summit to learn more about benzodiazepine addiction and how it can be treated. Call 844-432-0416 or contact us online to learn more about your addiction therapy options. The first steps on the road to recovery may just be a call away.