Schizophrenia is a severe mental health issue that can cause many different symptoms, including psychosis, hallucinations, and delusions. Catatonia is a disturbing mental health symptom that can occur with psychological and physical problems. Mood and psychotic disorders can cause catatonic symptoms, but brain injuries and tumors can also cause them. When catatonia is caused by schizophrenia, it may indicate a severe psychotic episode.

Learn more about catatonic schizophrenia and how it can be treated. 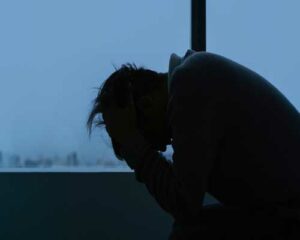 psychosis, which is a break from reality that can cause two major symptoms: psychosis and hallucinations. It can also cause lesser-known symptoms like disordered thinking, flat emotions, and other issues. Schizophrenia can be severe and significantly inhibit your life. In many cases, schizophrenia is a chronic disease that requires long-term care and treatment.

The disorder isn’t as common as depression or anxiety. It affects less than 1% of people in the United States. Still, that accounts for millions of people each year. However, many people with the disorder don’t reach out for help. Because schizophrenia affects your perception of reality, many people with the disorder don’t realize they need mental health treatment. People with disorders that seek treatment often do so after a period of lucidity or with help from loved ones.

What Are the Symptoms of Schizophrenia?

Schizophrenia can cause various problems with emotions, thinking, and behavior. If drugs are involved, symptoms may vary across different people. The most common symptoms of schizophrenia are:

Symptoms can vary in type and severity. There may be periods of intense symptoms, followed by remission. However, some symptoms may never go away.

What Is Catatonic Schizophrenia?

Catatonia is a symptom that sometimes occurs in people with schizophrenia. A state of catatonia is one in which a person doesn’t move or react to stimulation. It can be a disturbing symptom of a serious mental health problem, even for people who are observing catatonia in another person. Catatonia often causes a lack of movement, but it can also cause odd movements like facial contortions or agitated movements. In a catatonic state, people often don’t appear to be aware of their surroundings.

Catatonia was once categorized as a subcategory of schizophrenia. But it’s a symptom that can occur in anyone that has severe schizophrenia. Catatonia can also occur with severe mood disorders. People who experience catatonia may feel like they are in a trance-like state, and they may have other psychotic symptoms at the same time, like false beliefs and delusions. Some may experience frightening hallucinations or delusions that cause them to freeze. Others experience a dream-like state.

There is more than one kind of catatonia. Withdrawn catatonia involves a lack of movement, speech, and reaction to stimulation. However, you can also experience Excited catatonia, which is when you move compulsively during a catatonic state. Movements may be repetitive and purposeless. You may also compulsively mimic the movements of people around you.

Catatonic states may occur suddenly, even in public places or when you are in the middle of something potentially dangerous like driving. Catatonia is often a severe expression of schizophrenia and may require hospitalization, especially if the catatonic state is long-lasting and you become unable to take care of yourself.

The root causes of schizophrenia are unknown, despite years of research. Many mental health professionals believe that a combination of genetics, brain chemistry, and environmental risk factors contribute to the condition.

Other risk factors may also increase the chances of developing schizophrenia, such as:

Neuroimaging studies have found that there is a difference between the central nervous system and brain structure of those with schizophrenia versus those without. While it’s unclear what the reason is, researchers think this indicates that schizophrenia is a brain disease.

What Are the Catatonic Symptoms of Schizophrenia?

Catatonia is a complex complication of schizophrenia that can come with several symptoms. Catatonic schizophrenia was once more common, but improved treatment options have made it a bit rare. Catatonia often manifests as a symptom of severe schizophrenia. With the development of medications that are able to treat schizophrenia more effectively, it’s possible that catatonia will be made less common.

The DSM-5 doesn’t identify catatonic schizophrenia as its own diagnosis, separate from other mental health disorders. However, catatonia can be a feature that occurs alongside many other mental health disorders, including schizophrenia and bipolar disorder. To qualify as catatonia according to the DSM-5, you must experience three of 12 common symptoms.

The symptoms of catatonia are as follows:

In many cases, these symptoms may continue for hours, days, or weeks without treatment.

How Is Catatonic Schizophrenia Treated?

Schizophrenia is a disturbing and severe mental health disorder that can be treated with medications and therapy. Medications are often necessary as a first step since someone in the middle of schizophrenia symptoms is often unable to participate in other forms of treatment. There are several medications that are approved to treat schizophrenia.

There are two generations of antipsychotic drugs. First-generation drugs were used to treat hallucinations and delusions, but they often made negative symptoms like flat affect worse. Second-generation antipsychotics are better at treating both sides of schizophrenia.

If catatonia was an expression of severe schizophrenia, medications might help to avoid or improve your symptoms. If another physical or mental health issue causes catatonia, antipsychotics might be less effective.

Therapies include individual, group, family therapy, behavioral therapies, and psychoeducation can help you manage schizophrenia. In many cases, the best treatment is a combination of medications and therapy.