How Addictive are Most Drugs? Understand the Biology of Addiction

The addictive potential of a drug depends on what class the drug is in. Different classes of drugs work differently in the body and brain, so some drugs are more addictive than others.

Addiction is a widespread problem. According to a report from the Substance Abuse and Mental Health Services Administration, about 21.5 millions people, ages 12 and older, had a substance use disorder in 2014. An additional 17 million people had an alcohol use disorder.

While addiction was once considered a moral failing, the medical community now recognizes that it involves changes to the brain and impacts on the central nervous system. Biological factors are increasingly recognized as important considerations in recovery.

Understanding the Biology of Addiction

Addiction is considered a brain disorder, according to the National Institute on Drug Abuse (NIDA). It involves changes to the circuits in the brain that are connected to stress, rewards, and impulsive behaviors.

There are biological and environmental risk factors that make an individual more susceptible to addiction. As researchers and scientists have studied addiction over the past several decades, they have discovered many of the biological mechanisms that contribute to addiction. Genetic factors, as well as the impact of drugs in the body and brain, contribute to the development of addiction.

A drug enters the bloodstream through a variety of methods. It eventually makes its way to the brain, where it interacts with different receptors and increases the flow of certain neurotransmitters. 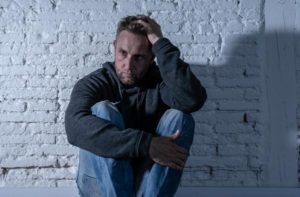 Dopamine is a neurotransmitter that is a pleasure chemical. It’s released when stimulated by a rewarding experience. This signaling leads to a reinforcement of the behavior that caused the surge in dopamine. The brain can experience environmental triggers that signal a person to use the drug again, so the brain can experience the reward cycle again.

Some drugs activate the neurons that send these neurotransmitters through the brain because they are similar in chemical structure. They act like the brain’s existing chemicals, but they can interfere with the brain’s natural production and transmission of these chemicals. This happens with drugs like marijuana and opioids.

Other drugs can cause an overload of the natural neurotransmitters, flooding the brain with large amounts of dopamine or serotonin and then preventing the normal recycling process that the brain uses to regulate levels of these chemicals. This leads to too much of a neurotransmitter being released in the brain’s synapses. Stimulant drugs like cocaine act in this way in the brain.

What Part Of the Brain Is Affected by Drug Use?

Drugs interact with several different parts of the brain to produce addictive patterns that characterize drug abuse. In addition to the interaction with neurons and neurotransmitters in the brain, the basal ganglia, the extended amygdala, the brain stem, and the prefrontal cortex are also affected by drug use, according to the National Institute on Drug Abuse.

As you can see, the brain is a complicated system that is easily impacted by the consumption of pleasure-producing substances. The various functions in the brain work together to form a cycle that is difficult to break.

How Addictive Are the Different Classes of Drugs?

How addictive a certain class of drugs are depends on how that drug interacts with the brain and how strong the tendency toward dependency is with certain substances. Drugs that are more potent and reach the brain more quickly, and those that lead to withdrawal when the effects wear off, are the most addictive classes of drugs.

More potent forms of any drug will provide a higher risk for dependency because the potency of the drug increases the reward value in the brain. This provides a stronger reinforcement for drug-using behaviors.

Commonly abused substances differ in terms of how addictive they are.

What Treatment Methods Are Most Effective?

According to SAMHSA, medication-assisted treatment (MAT) is the most effective way to combat addiction to certain classes of drugs, such as opioids and alcohol. MAT works by providing medications that address the withdrawal symptoms associated with detox, minimize cravings for drugs, and increase participation in treatment programs.

Researchers are continuing to look into MAT options for the various classes of drugs. MAT is most commonly used to treat opioid addiction through the use of methadone, buprenorphine, and naltrexone. These medications work because they prevent withdrawal, control cravings, and reduce relapses.

According to a study from the journal Neuropharmacology, naltrexone is also used as a MAT for alcohol addiction because it controls cravings for alcohol and reduces the positive effects associated with alcohol consumption. While naltrexone is being explored as a potential treatment for stimulant abuse, more research in humans needs to be done before conclusive evidence supports its effectiveness for such use.

Most treatment programs will offer some combination of addiction counseling, recovery support groups, and educational programs. These are all important parts of helping people understand the nature of their addiction. Treatment gives them a place to process and heal from the psychological factors that contributed to their addiction progression.

While MAT helps people to cope with the physiological aspects of recovering from addiction to some substances, the additional structure of recovery programs gives people the information, accountability, and support they need to heal from past pain that could be contributing to their drug-seeking behaviors.

What Other Factors Contribute to Addiction?

Addiction often involves environmental and social risk factors that contribute to the use of self-medicating behaviors that can lead to dependency. People often use drugs to numb the pain of emotionally stressful situations and past traumas. This can contribute to addictive behaviors and may be a trigger for the onset of addiction.

The Following Are Some of the Environmental and Social Risk Factors That Contribute to Addiction:

Having any of these experiences in your past does not mean you will become addicted to drugs, but people who experience these events are more susceptible to addiction if they do try drugs. Drug use becomes a reinforcing way to feel better when emotional pain is overwhelming.

Recovery treatment involves addressing the physiological components that contribute to addiction as well as other mental health, social, and emotional factors that are contributing to negative outcomes in an individual’s life. Treating one problem while ignoring others doesn’t help people fully recover.

Comprehensive addiction treatment will take into consideration all factors impacting the presenting problem, including exploring past traumas and addressing other mental health conditions.