Addiction Rates and Statistics in the State of Maryland

Alcohol and drug addiction have been significant public health concerns in Maryland for the past couple of decades. Since the middle of the 1990s, opioid abuse, in particular, has grown, as have the resulting health consequences.

Currently, Maryland’s drug overdose death rate is one of the worst in the United States.

History of Drug Use In Maryland

According to the Maryland Department of Health and Mental Hygiene, the number of heroin-related deaths tripled between 2011 and 2015, increasing from 247 deaths to 748 deaths.

Since the early 2000s, the use of heroin and opioids for recreational purposes has increased significantly. At the same time, the rate of fatal overdoses related to drug and alcohol abuse also began to climb.

State officials recall a shift in conversation around 2006 and 2007 related to the increasing numbers of overdoses deaths caused by opiate painkillers. Initially, people that succumbed to fatal overdoses were primarily young, white, and from middle to upper economic classes. With time, however, the trend spread to include people from nearly all demographics and socioeconomic groups.

The rate of overdose deaths continues to be a serious threat in Maryland.

Fentanyl, a synthetic opioid that is 50 to 100 times more potent than morphine, is being blamed for the most recent spike in overdose deaths in Maryland. Fentanyl-related deaths doubled in the first six months of 2016 compared to the previous year. Treatment facilities in Maryland report that many of their patients were completely unaware that their drugs, including heroin and prescription pills, were laced with fentanyl, making it an incredibly dangerous substance. 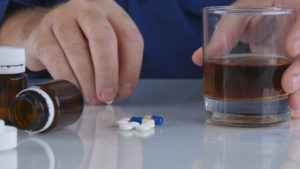 As the opioid overdose epidemic continues to take lives across the country, residents of Maryland are also being impacted by opioid abuse. As of February 2018, Maryland was among the top five states in the country with the highest rates of opioid-related fatal overdoses.

These deaths are related to the use of heroin, prescription opioids, and synthetic opioids. Synthetic opioids, most of which are fentanyl, are estimated to have caused 650 of the 1,821 overdose deaths in Maryland in 2016.

The increasing rates of opioid overdoses despite decreasing rates of opioid prescriptions filled indicate a rise in production and consumption of illicitly manufactured opioids. Synthetic opioids are the leading cause of opioid-related deaths in Maryland, and this trend illustrates people’s desire for more potent and more affordable opioid drugs.

While opioid abuse is the greatest recreational drug use concern right now in Maryland, other prescription drugs are also being misused.

According to Maryland’s Behavioral Health Administration, prescription drug abuse — which includes abuse of opioids, stimulants, anti-anxiety medications, and antidepressants — is impacting the health and welfare of people across Maryland.

Examples of Prescription Drugs That Are Being Abused Include:

Maryland has witnessed many consequences of the abuse of the above medications. 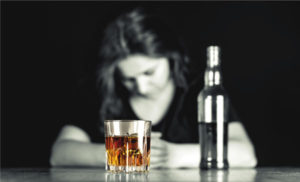 Excessive alcohol use is another public health concern in Maryland.

According to the 2013 Prevention Status Report provided by the  US Centers for Disease Control and Prevention (CDC), excessive alcohol use is a major public health problem in Maryland as well as across the country. In the United States, excessive alcohol use is responsible for approximately 88,000 deaths every year. In 2013, 1,318 people died in Maryland due to excessive drinking, which cost the state over $4 billion.

The CDC explains that binge drinking is a serious, but preventable, problem. It is the most common, most expensive, and most deadly type of alcohol abuse in the United States.

Although most people who binge drink are not dependent on alcohol, binge drinking can indicate an alcohol use disorder. In addition to the risk of addiction, binge drinking exposes people to various health problems.

The State’s Response to Drug Abuse

The Maryland State Drug and Alcohol Abuse Council was established in 2008 to address growing public health concerns caused by drug and alcohol abuse. The council is made up of various professionals and citizens who all wish to eradicate issues of substance abuse in the state.

The Primary Responsibilities of the Council Include:

In response to the growing heroin and opioid crisis caused by drug abuse throughout Maryland, the governor’s Heroin and Opioid Emergency Task Force was formed in 2015. The task force aims to help individuals and families who have been devastated by the opioid epidemic.

The task force focuses on:

For people struggling with any type of substance use disorder, including addictions to alcohol, prescription drugs, and illicit substances, there are many treatment options available.

According to the National Institute on Drug Abuse (NIDA), addiction is a chronic brain disease that requires a multifaceted approach to treatment. Treatment must begin with individualized treatment planning that is based around individual needs and goals for treatment.

Components of Comprehensive Addiction Treatment Include:

It may not be possible for every treatment facility to provide all of the above services, but they should at least have the capacity to make appropriate referrals to outside providers. Through the above services, treatment programs are able to assist individuals through detoxification and then address behaviors related to substance abuse in therapy.

NIDA notes that behavioral therapy is essential for maintaining long-term sobriety and positive treatment outcomes. Detoxification that is not reinforced by therapy does very little to promote recovery long term.

Additionally, effective addiction treatment meets all the needs of the individual, which includes behavioral and mental health.

A great resource for locating treatment options near you is the Substance Abuse and Mental Health Service Association’s (SAMHSA) online Behavioral Health Treatment Services Locator. All your information is kept secure and anonymous as you search by location through SAMHSA’s database of treatment facilities.