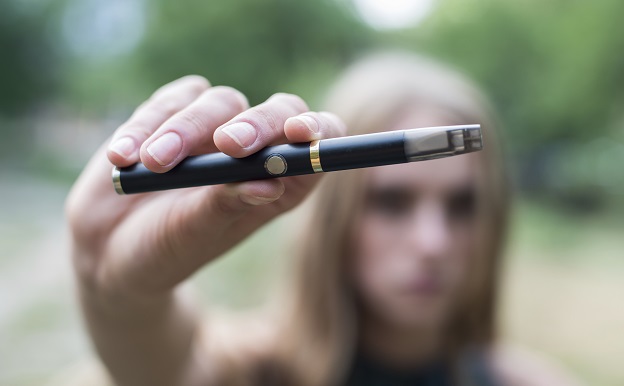 Vap-Contests | The Dangers Of Vapor Cigarettes

For a growing number of thrill-seeking teens, the latest craze is competitive vaping. Commonly referred to as “cloud chasing,” this potentially risky activity involves contestants inhaling e-cigarettes to try and create the largest vapor cloud possible.

In the last several years, these competitions have grown in popularity and have even developed into a pseudo-sport with fans, team sponsors and even cash prizes. While these competitions will only attract a relatively small number of teens, the reality is that sales of e-cigarettes are on the rise. The $1.5 billion market is expected to grow by 24.2% per year over the next three years according to projections from market research firm Research and Markets. The tremendous growth in the e-cigarette market certainly contrasts the significant drop in sales of traditional cigarettes which have fallen nearly 30 percent since 2004.

The Risks Of Vapor Cigarettes

With more and more teens experimenting with this latest in teen drug trends, it’s important to understand that there are real risks when it comes to using e-cigarettes. The U.S. Food and Drug Administration announced in 2013 that a laboratory analysis of electronic cigarette samples showed that they contain carcinogens and toxic chemicals, including diethylene glycol, an additive found in antifreeze.

Frequently marketed to teens and available in shopping malls and online, e-cigs distribute highly-addictive levels of nicotine into a vapor which is easily inhaled. Many public health experts believe that these products are increasing nicotine addiction in young people.

With the current popularity of “vaping,” the question “are cigarettes a gateway drug” is once again being debated. The reality is that cigarettes are addictive. Nicotine addiction is one of the hardest addictions to kick, and many people who try to stop relapse again and again. Many addiction experts also believe that cigarette usage can lead to the use of other substances such as alcohol, marijuana, and cocaine.

For teens who use traditional cigarettes or e-cigarettes, it’s important for them to be aware of the health risks of using and the complications of withdrawal.

Help For Teens Who Suffer From Addiction

Dependency on substances is a serious problem. Teens require unique treatment and support to break free from the grip of addiction.