One way or another, the vast majority of citizens in the United States are going through tough times as a result of prescription drugs. While many have moved on to harder drugs, they are still getting their start from prescriptions.

Nearly 80 percent of heroin users began their opioid use disorder by using prescription painkillers. It’s as innocent as getting into a car accident and requiring surgery, or a sporting injury that required Norco or Percocet to get through the injury. For some, they can use these medications and never look back once they complete their regimen, but for some, they have a gene in their body that makes them more susceptible to addiction. The healthiest athlete or the most unsuspecting mother can succumb to the strong pull of addiction even after using the drugs for an injury that was unexpected. 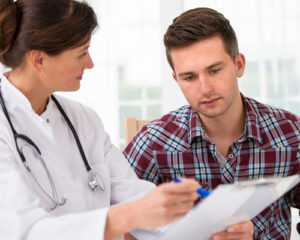 In 2012, there were 255,207,924 opioid prescriptions dispensed at a rate of 81.3 per 100 persons. These damaging figures reflect a combination of those who need the medication for surgery or long-term chronic pain, but a vast majority of these prescriptions were given as a result of doctor shopping.

In 2017, U.S. President Donald Trump recognized the opioid epidemic by declaring it a public health emergency and implementing policies to slow down how these drugs are administered. By that year, the total number of prescriptions dropped to 191,218,272 at a rate of 58.7 per 100 persons. While the figures remain high, it shows how much of these prescriptions were given as a result of people abusing the system.

While much of the focus has been aimed at prescription opioids, and rightfully so, the overprescribing of benzodiazepines has been an issue that is slowly earning its title as a crisis.

While many of the policies have focused strictly on curbing opioid prescriptions, benzo prescribing has quietly slipped through the cracks. With the rise in research chemicals that mimic popular benzodiazepine drugs like Xanax, Valium, or Klonopin, the talk of a benzo crisis has become a reality. Prescription drugs are legal when prescribed by a doctor, so does that mean doctor shopping is technically legal? Let’s review a little more in depth below.

What Is Doctor Shopping?

Doctor shopping is a common way that prescription drugs are obtained for abuse or illegal sales. Unfortunately, they live under the mask of legality because prescriptions are legitimate if given by a doctor, but this practice can include punishment. Doctor shopping is the act of manipulating doctors to prescribe medications to get drugs through legal channels and bring them into the black market.

It is common for these patients to exaggerate their symptoms, lie about their symptoms, and omit information on forms during their visit. In some cases, patients have been known to injure themselves, or even their pets, on purpose to obtain the medication. With these revelations and a better understanding of what we are battling with, it’s necessary to educate clinicians, patients, and pharmacists alike about how they can contribute to the decline of this problem.

Physicians, their patients, and pharmacists all play an essential role in identifying and preventing the nonmedical use of prescription drugs. These are the frontlines that can dictate how and where drugs are distributed. Physicians are the forefront, and more training has been implemented into their regimen to understand better how to recognize someone who may be doctor shopping.

Patients also play a role in minimizing the crisis; they do not need the amount of medication they are given sometimes, and having a large supply can lead to it being stolen by a child who can develop a substance use disorder. There are many variables when it comes to this, and a chain is only as strong as the weakest link. All persons involved must be working toward the same goal.

In 2016, more than 84 percent of American citizens made contact with a health care professional. It put doctors in a unique position to identify the nonmedical use of prescription drugs and take measures to prevent the escalation of misuse before it became a substance use disorder.

Evidence-based screening tools for nonmedical use of prescriptions drugs must be implemented in routine medical visits, and doctors must document their patient’s increasingly rapid need for medication.

“Prescription drug monitoring programs (PDMPs), state-run electronic databases, track prescription drugs. It is a vital tool for preventing doctor shopping. The results of these databases are mixed, but some states are reporting lower rates of opioid prescriptions and overdose. ”

Patients also must do their part in ensuring they take steps to prevent misuse. Some ways to do this include following directions on the label, familiarizing themselves with drug or alcohol interactions, never stopping or changing a dose without a doctor’s approval, never giving their prescription to another person, and storing their medicines safely so that children or those with a substance use disorder cannot obtain them.

Pharmacists can help a patient become aware of the adverse effects. They also can identify those with problematic patterns in prescription drug use. Fortunately, some pharmacies have established hotlines to alert other pharmacies in their region when they detect a patient who is doctor shopping. Pharmacists also have access to PDMPs to help track prescription patterns among patients.

Doctor shopping is illegal regardless of local or state laws. Any act or omission that is meant to deceive or manipulate health care providers into prescribing medications to abuse, or sell is against federal law. Violating these laws will result in a felony. Law enforcement is known to seek out doctor shoppers as a top priority in many parts of the country. The punishments may vary based on the severity of the case, but usually, the number of pills involved will cause a more severe punishment.

With the significant rise in prescription pill abuse, specifically opioids, the need to implement stricter punishments as well as better monitoring systems is vital. The government has done an exceptional job at educating doctors to better identify those partaking in doctor shopping. They also have reduced the number of prescriptions significantly.

While more is still required to prevent a full out benzo crisis and to keep the opioid crisis under control, we are on the right path. It requires the help of patients, doctors, pharmacists, and government officials alike to ensure the safety of our citizens. It will all benefit us in the long-term.