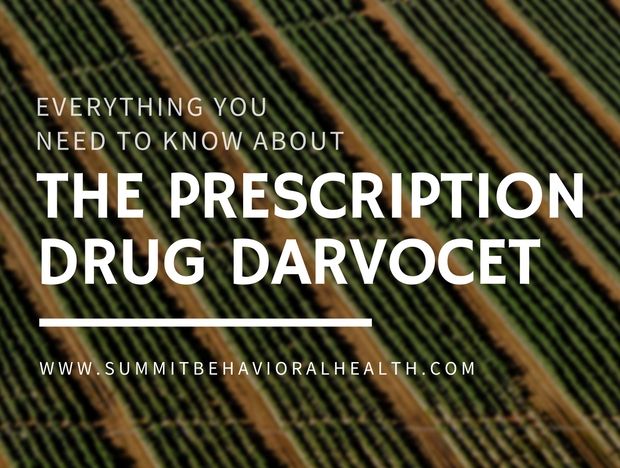 Darvocet, or acetaminophen and propoxyphene, was a popular prescription drug narcotic pain reliever less than a decade ago. Acetaminophen increases the effects of propoxyphene as a pain reliever and fever reducer, and doctors prescribed this combination to patients to relieve mild-to-moderate pain. Unfortunately, studies suggest that propoxyphene is habit-forming. The potential dangers of taking Darvocet don’t end with risk for addiction, however; this discontinued drug can cause a range of physical and psychological side effects.

Why Was Darvocet Discontinued?

The U.S. Federal Drug Administration (FDA) banned Darvocet, Darvon, and other drugs containing propoxyphene in 2010 due to studies that showed negative heart side effects after healthy patients took prescribed doses of the drug. The drug put patients at risk of abnormal heart rhythms that could be fatal. While it’s impossible to know the exact number of lives Darvocet took before its removal from the market, an FDA study shows that the death toll is higher than either of two painkiller alternatives, hydrocodone and tramadol.

Darvocet is a federally controlled substance due to its high potential for abuse. As a strong opioid pain medication, Darvocet can create a euphoric sensation for individuals who misuse the drug. Chewing, snorting, crushing, or injecting Darvocet can create a high by changing how the brain perceives pain. The street names for Darvocet include “Yellow Footballs,” “Dillies,” and “D.” Although treatment centers sometimes use Darvocet to treat withdrawal symptoms for opioid addicts, it can also become an addiction if used improperly.

Side Effects of Using and Abusing Darvocet

There are numerous cardiovascular side effects connected to propoxyphene, including arrhythmia, cardiac arrest, and congestive heart failure. Aside from its potential to cause serious heart problems, Darvocet users may also experience nervous system issues.

More rare side effects of normal Darvocet use include renal problems such as hypoglycemia and acute tubular necrosis, as well as hypersensitivity side effects and skin rashes. When alcoholics take Darvocet or when patients abuse this drug, there is an increased risk of gastrointestinal problems, hepatotoxicity, metabolic acidosis, and withdrawal symptoms. When the drug was taken off the market, the FDA warned against quitting the drug suddenly due to the risk of withdrawal symptoms such as tremors, vomiting, hallucinations, psychosis, and seizures. The psychiatric side effects of Darvocet are part of what make it addictive and include hallucinations, state of confusion, and abnormal behaviors.

Darvocet, like other prescription opioids, is highly addictive. Like all addictions, the momentary relief the drug brings becomes a coping mechanism for other problems. However, the psychological and physical side effects of abusing the drug in turn lead to negative feelings, which then lead the abuser to take more of the drug. This cycle is difficult to break and often is paired with other addictions such as an alcohol dependency.

A number of factors play a part in the likelihood of a patient becoming addicted to Darvocet. A person’s preexisting biological, social, environmental, and psychological traits can be predictive of whether he or she is a likely candidate for opioid addiction. Physical ailments and genetic traits that push patients to seek pain relief through drugs is a common cause of addiction. If an individual suffers depression, anxiety, feelings of neglect, or has experienced trauma, he or she may self-medicate with Darvocet. It’s likely that Darvocet abusers are also misusing other narcotic pain relievers or drugs.

How To Identify A Darvocet Addiction

If you suspect that someone you know is addicted to Darvocet or other opioid pain medications, look for a few common signs of abuse:

Experiencing these side effects points to opioid addiction and may require the attention of a medical professional. Darvocet addiction can lead to coma and overdose death. There are long-term consequences of misusing Darvocet, including liver damage, compromised mental function, depression, paranoia, damaged relationships, and other effects common to drug addiction.

Darvocet withdrawal will vary in intensity according to the level of addiction, but no one should attempt it without proper medical supervision. Darvocet addiction can inflict a variety of long-lasting physical, mental, and emotional damages, so proper support is crucial during this phase of recovery.