Lyrica is a prescription medication that you might also know by its generic name, pregabalin. It is used to treat a variety of disorders, including seizures, spinal cord injuries, and pain relief from fibromyalgia. The drug was synthesized in 1990 as an anticonvulsant as a means of treating neuropathic pain. Over the past several years, more than nine million people in the United States have used Lyrica successfully to retreat from the pain they endure and improve the quality of their life. For example, one such condition, fibromyalgia, is a disorder that has no cure. Traditional painkillers aren’t great options, leaving those suffering without much help.

According to the U.S. Centers for Disease Control and Prevention (CDC), an estimated four million adults in the United States struggle with the sometimes-debilitating disorder. The figure equates to around two percent of the population. Despite rigorous research on the topic, the cause of fibromyalgia is still largely unknown by experts. However, it can be effectively managed and treated with drugs like Lyrica. However, drugs like Lyrica aren’t the miracles you might think, and they come with their own set of issues, including addiction. Although Lyrica was never intended to be abused, the drug does cause effects a person will enjoy.

Those fighting fibromyalgia report experiencing chronic pain that leads to memory problems, issues with sleep, anxiety, and depression. As a result of this, the hours they’re able to work drop by a staggering 50 to 75 percent. Even worse, an estimated 20 percent of people struggling with the disorder will lose their jobs, with the same amount filing unemployment claims. When you’re at this point in your life and get introduced to a drug like Lyrica, which some describe as a “wonder drug,” it shouldn’t come as a surprise if you get hooked. When something relieves your pain and is prescribed by a doctor, it provides additional challenges to realizing you’ve become addicted to it.

Lyrica prescriptions have had a profound effect on the community, but it has also led to an increase in those addicted to the drug. According to the website ClinCalc.com, pregabalin was the 81st most prescribed drug in 2019, with approximately 9,625,189 total prescriptions written by doctors. The figures are startling and are cause for concern, especially when Lyrica addiction has become more prevalent in recent years.

If you were prescribed Lyrica and fear you’ve become addicted to the drug, it’s time to consider getting help. If you’re unaware of the symptoms of Lyrica addiction, we’ll cover all of that and more below.

How Does Lyrica Work?

Lyrica is not considered a narcotic or an opioid. It belongs to a class of medications known as anticonvulsants, and it works by binding to a specific site in the central nervous system (CNS) to calm overactive nerves. It causes impulses in your brain to slow down and can stop seizures when they begin. Lyrica is an excellent add-on drug to other seizure medications. Those who use the drug in conjunction with another seizure medicine noticed a significant reduction in their seizures. Despite Lyrica providing incredible benefits for those with seizures, fibromyalgia, and other life-altering conditions, it can also put you at risk of developing a substance use disorder (SUD).

Even for those who use the drug as prescribed, Lyrica can result in side effects. Some of these can be made worse if you have health conditions, such as kidney disease, heart problems, mood disorders, lung disease, or current alcohol or drug addiction.

As was mentioned above, those who use the drug as prescribed are still at risk of side effects, including developing a substance use disorder. Lyrica can also produce severe allergic reactions in the form of blisters on the skin or hives. If this occurs, immediately halt use and contact your doctor. If you develop swelling in the tongue, throat, face, lips, or difficulty breathing, call emergency services right away.

The most common side effects attributed to Lyrica use include the following:

Other users report experiencing anxiety, panic attacks, depression, and suicidal thoughts. These symptoms are more common in someone with a history of depression. If you’re prescribed Lyrica and develop suicidal thoughts, it’s imperative that you seek professional help. Please contact 911 or the National Suicide Prevention Lifeline at (800) 273-8255. With that being said, you should not stop using the medication abruptly unless you have an allergic reaction. Abrupt cessation of Lyrica will result in anxiety, sweating, diarrhea, upset stomach, or nausea.

While most people will use Lyrica without any serious side effects, they’re at risk of developing a Lyrica addiction. Below we’ll describe the most common signs of Lyrica abuse.

When a person abuses Lyrica, meaning they took more of the drug than they’re prescribed, took it more frequently, used it without a prescription, or took it in a way that’s not recommended, they put themselves at risk. Lyrica abuse can cause euphoric feelings, calmness, and relaxation. It’s been described as a buzz similar to being drunk, earning a nickname of “Budweiser.” In some cases, someone might drink while using Lyrica to enhance the effects, leading to dizziness and drowsiness. When combined with opioids, the euphoria is increased dramatically. However, so are the feelings of sleepiness and dizziness. Intentionally mixing these drugs can lead to an overdose.

Lyrica may also interact with diabetes drugs and cause weight gain or swelling. When you mix it with angiotensin-converting enzyme (ACE) inhibitors, users will experience hives and swelling. Lyrica is considered a safe drug in the United States with a low potential for abuse. However, other countries are seeing the dangers of Lyrica abuse and are witnessing many people becoming addicted to the drug.

Those who decide to stop using Lyrica are also at risk of developing withdrawal symptoms. For that reason, seeking addiction treatment for Lyrica is vital. Below we’ll discuss the Lyrica withdrawal timeline.

The symptoms you experience from abrupt Lyrica cessation will last from one to two days. However, other symptoms can persist for several weeks after you stop using the medication. The intensity of these withdrawal symptoms is more severe in those who used the drug for a prolonged period or took larger than recommended doses. Other factors that influence the timeline and severity of withdrawals include genetics, co-occurring disorders, or if you were using other drugs or alcohol while on Lyrica.

The first step when it comes to treating Lyrica addiction is to commit yourself to medical detox. While the withdrawal symptoms are not considered life-threatening, they can produce a fatal outcome if you’re using other drugs like benzodiazepines for alcohol in conjunction with the medication. For that reason, you must spend a few days in detox until moving into the next level of care. It can range from three days to a week, depending on the severity of your addiction. 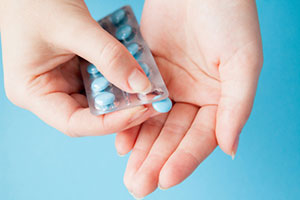 Once all traces of Lyrica and any accompanying substances leave your system, you’ll move into a less intensive level of care that focuses on the root of your addiction. You’ll undergo therapy sessions and various other means of preventing relapse in the future.

For those in inpatient care, they’ll be around peers on the same path and allow themselves to focus on what’s right in front of them, rather than worrying about issues outside of treatment. Those in outpatient care will undergo the same type of therapy but be given the ability to go home once they finish. It’s ideal for those with a supportive family at home or work obligations they may use as a barrier to getting help.

If you’ve developed a Lyrica addiction, help is available to you today. Don’t force yourself in this endless cycle for another moment.