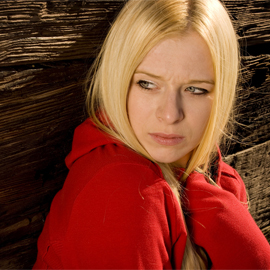 During treatment for drug or alcohol abuse in Princeton Junction, relapse can become an ever-present fear. It’s a very real danger during treatment, but many people have inflated notions of its detrimental effects because misunderstandings about relapse are so commonplace.

Though you’re right to be wary of relapse and its potential triggers, it’s important to remember that relapse is not as catastrophic as many people think. By developing a better understanding of this stumbling block on your road to recovery, you can take away some of its power and learn that relapse only truly dismantles your treatment if you let it.

It’s time to set the record straight. Here are the truths behind some of the most common misconceptions about the relapse process:

Relapse Begins with a Sudden Urge to Drug Use

On the contrary, drug use is the end of a relapse and is almost always preceded by a number of warning signs. The relapse process begins long before you return to using your drug of choice and can often be derailed by paying close attention to the factors that lead to it.

Relapse Means that Treatment has Failed

If you have a relapse, it isn’t the end of the world. Relapse should not be viewed as the death knell of your recovery, but rather as a setback in your progress. Though many people overreact to a relapse and believe that all progress thus far has been for nothing, you don’t have to start all over after a relapse—you simply have to assess the problems that led there, reestablish your abstinence and get back on the right track. Relapses are often learning experiences that make it easier to prevent the problem from recurring.

Relapse is the Result of a Lack of Motivation

Treatment for drug and alcohol abuse is a difficult process—even the most dedicated of us can get lost along the way. Though a relapse does sometimes mean that your motivation to quit is shaky, it is often just a passing hardship in an otherwise healthy recovery. Instead of blaming yourself and dropping out of treatment after relapse, it’s important to reestablish your commitment to recovery and remind yourself why it is so important to change.

Relapse is something you should always keep an eye out for during treatment for drug or alcohol abuse in Princeton Junction, but having a relapse is not as apocalyptic as you might believe. If you have a relapse or see warning signs that may lead to one, speak with your addiction specialist immediately.