The Link Between Mental Health Disorders and Addiction

Depression is a condition that can affect individuals from all walks of life, socioeconomic backgrounds, and can strike at any time throughout their life. Unfortunately, there is a stigma that surrounds mental health such as depression, but raising the proper awareness about disorders like depression or anxiety can change the perspective about it.

Being able to understand just how widespread the disorder is can help people not feel alone when they are struggling and encourage them to seek the right treatment if they need it.

Depression can begin at any age, but the median age of depression onset is 32.5 years old. An estimated 300 million people around the world struggle with the disorder, and a searing 16.2 million Americans deal with some form of the ailment.

Another crippling disorder that affects Americans on a wide scale is anxiety. Anxiety disorders are the most common mental illness in the states and are estimated to affect 40 million adults age 18 or older annually. Though anxiety disorders are highly treatable, a mere 36.9 percent of those struggling with them actually receive the help they need. It is extremely common for someone with an anxiety disorder also to experience depression or vice versa. These ailments all stem from a complex set of risk factors that includes genetics, brain chemistry, personality, and life events.

Sometimes, people who are managing a mental health disorder will begin to self-medicate with drugs or alcohol to mask their symptoms. Participating in the rigors and stresses of life while experiencing mental illness can be tough, but individuals sometimes find themselves able to handle this stress when drugs and alcohol are present in their system.

Self-medication is defined as the selection and use of medicines by individuals to treat self-recognized or self-diagnosed conditions or symptoms. Several benefits have been linked to this including increased access to medication and relief, the active role of the patient in their own health care, better use of physician and pharmacist skills, and a reduced burden to governments because of the health expenditures linked to treatment of minor health conditions.

How Are Mental Health Disorder and Addiction Related?

Mental illness and substance use disorders share a strong connection. They tend to co-occur more often than what can be seen as chance, and they affect one another significantly. The presence of mental illness and substance use in the same person provides additional challenges for everyone involved in the addiction treatment process. Unfortunately, this happens quite often, and general population-based studies have established a high prevalence of substance use disorders among those with psychiatric disorders. 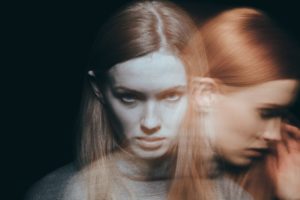 Can Substance Abuse Cause Mental Illness?

Studies have shown that the abuse of drugs or alcohol in excess can lead to the emergence of mental health problems. Despite the push to legalize drugs like marijuana, it has been linked to an increased risk of psychotic episodes in a dose-dependent manner. Marijuana also has been linked to schizophrenia. While there is no concrete proof that the drug actually causes mental illness, research is starting to show a strong correlation between the two.

Mental health complications associated with alcohol and drug use can act as a stressor and contribute to the emergence of depression and anxiety. It has been well-documented that alcohol and other drugs can worsen these symptoms, or re-induce them in people going through remission.

Is Substance Abuse an Attempt To Escape Mental Illness?

Many believe that self-medication among those with psychiatric disorders is an attempt to reduce their tension by using drugs or alcohol. People who have social anxiety, for example, will use alcohol as a means to fraternize with friends in a social setting, or as an attempt to meet new people that they otherwise could not have without using the substance. On another side of the spectrum, those who struggle with auditory hallucinations may use substances to avoid the distress. Others use drugs or alcohol to alleviate the adverse effects of psychiatric medications that are meant to treat an underlying mental health condition.

According to the U.S. Centers for Disease Control and Prevention (CDC), suicide rates have increased by 30 percent since 1999. Nearly 45,000 lives were lost to suicide in 2016, and many of these stem from people with mental illness. Suicidal thoughts or behaviors are both damaging and dangerous. Someone experiencing these thoughts should seek immediate assistance from a health or mental health care provider.

What Does the Relationship Tell Us?

The evidence is there to support a relationship between mental health disorders and addiction. While the link is not the same for everyone, research has shown us that the relationship is highly complex. There are likely many shared risk factors for addiction that include:

People who have mental health disorders may be less inhibited than the average person, and this could make them more likely to experiment with substance abuse and vulnerable to developing an addiction. There also are other environmental or experiential factors that can contribute such as trauma during adolescence leading to post-traumatic stress disorder (PTSD). Unfortunately, this can result in substance abuse problems in adulthood, showing the similarities in risk factors of addiction and mental illness.

It’s difficult to answer definitively what kind of relationship psychiatric disorders and addiction have; however, the implications of the associations are clear. If you have been dually diagnosed and are tired of self-medicating, it is time to reach out for the proper care. The only way to treat any of these disorders along with drug addiction is to commit yourself to the continuum of care that a drug rehab center can provide.

Addiction specialists and clinicians can devise the right combination of medications and therapy to help remedy your addiction and mental health disorder. You do not need to continue to struggle with these disorders another day.

Serenity at Summit Can Treat Your Mental Health Disorder and Addiction

It may feel like you have lost all hope if you are struggling with your mental health and addiction. Fortunately, the advances in modern medicine have helped us to better understand how these problems affect us and how we can better treat them. If you are ready to take back the quality of life from these disorders, it’s time to reach out for help today.