Mysoline is a potent barbiturate drug that is used to treat a variety of disorders. While the use of the drug is not as widespread as it once was, it is still available for some who choose to abuse it.

The World Health Organization (WHO) estimates there are 50 million people worldwide who struggle with epilepsy. Epilepsy is a chronic brain disorder that is made up of recurrent seizures, which are brief episodes of involuntary movement that involve either part of the body or the entire body. People who struggle with the disorder can have difficulty going through their daily routine. Simple activities we may take for granted, such as driving, is jeopardized because of their disorder. These challenges can affect all aspects of their lives.

For more than a century, doctors have looked for innovative ways to treat epilepsy because of its ability to change someone’s quality of life. Clinicians sought ways to manage symptoms that cause seizures and give those who experience the disorder a piece of mind. Due to the severity of this type of ailment, barbiturates were introduced to the public in the late 1800s. One such medication, Mysoline, was created with the intention of treating an overexcited nervous system. Once it became public, it provided relief, but there was a dark secret looming.

Barbiturate drugs fall under a class of substances known as central nervous system (CNS) depressants that can lead to chemical dependence when taken for too long. Barbiturates like Mysoline can cause extreme withdrawal symptoms that can have grave consequences. The drugs were used to treat overactive nervous systems through the first half of the 20th century until benzodiazepines replaced them.

Today, Mysoline is less common, but in severe cases of epilepsy and other overactive nervous system disorders, it is still used. The drug is often used as a last resort when all other medications have failed.

If you are prescribed a regimen of Mysoline, it’s critical that you are aware of the signs of addiction and withdrawal. Doctors seldom prescribe these drugs for more than three weeks at a time due to the risk of chemical dependency, but you still should know what you are up against. Our article will review what you should look for when it comes with Mysoline withdrawal.

What Are Mysoline Withdrawal Symptoms?

Withdrawal from Mysoline can occur as a direct result of abrupt Mysoline abstinence, or if someone uses smaller doses than those they became dependent on. Symptoms of withdrawal can vary from person to person based on the unique chemistry we each have. The longer someone has been using the substance, the longer the withdrawal symptoms will persist.

Typical symptoms that someone can expect for Mysoline withdrawal include:

What Are the Stages of Mysoline Withdrawal Timeline?

As mentioned above, Mysoline withdrawal will depend on the person’s neurochemistry as they are unique to each person. Other factors that will include the severity of withdrawal symptoms include:

The conventional timeline shows symptoms lasting for a few weeks. The first thing to note is that symptoms usually appear within three days of cessation. The symptoms will not appear in a specific order, and the most uncomfortable symptoms can often come with minor symptoms.

The individual will experience minor symptoms in the first three days such as nausea or vomiting. Irritability, insomnia, and changes in mood can come on suddenly and become frequent. It is due to the brain chemistry changing and the individual undergoing withdrawal; the brain must adapt to the electrical chemistry functioning without the effects of Mysoline. The first few days are the most dangerous where the risk of seizures is at its peak. The brain begins to resume its natural chemistry, and rebound seizures can be extremely dangerous if not taken care of properly. The individual will be monitored for seizures at this point because of the potential for fatality.

Over the next few days, you will notice a gradual decrease in the severity of symptoms. The potential for seizures will begin to decrease dramatically at this point but will not disappear altogether. Mood swings and insomnia may continue to get worse as the brain adapts to the new neurochemical conditions and becomes stable.

One week and beyond:

Once the first week has run its course, symptoms will continue to decrease dramatically. The withdrawal period as a whole lasts a few weeks, although this can vary from one person to another as mentioned earlier. Those who took higher doses of the drug can expect more extended withdrawal periods, while those who received less will have their symptoms run the course in a week. It will depend entirely on the dosage and the individual’s chemistry.

Barbiturate drugs were discontinued from regular use for a reason — they are inherently dangerous. While Mysoline use is less common, it still does exist, and those who get their hands on it commonly abuse the drug. If you have become dependent or addicted to Mysoline, you must detox and mitigate the dangers associated.

The “cold turkey” method of quitting is a conventional means of stopping drugs, but if you are serious about long-term abstinence, the most efficient and safe manner to achieve this is medical detoxification. Mysoline induced withdrawals can throw our bodies into a state of shock and causes the brain to react negatively since it relies on the drug to function. 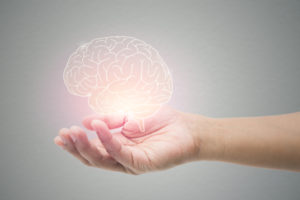 The body can fall into shock and cause further seizures, which is one of the most severe risks during the withdrawal process. Withdrawal is unavoidable, so the best way to detox is by handling the situation safely rather than quickly. Mild or severe withdrawal symptoms may accompany a tapering schedule, but when it is done under medical supervision, it is already safer than trying to stop on your own.

Monitoring the situation is imperative in medical detox, and it will be accompanied by a tapering schedule that gives the body time to acclimate without Mysoline. It can help with the risk of further seizures, allowing personally to assist if one is experienced.

Additionally, many treatment programs use other medications that are non-addictive to assist with the withdrawal symptoms.

If you are experiencing withdrawal symptoms as a result of Mysoline abuse, you must reach out for help today. Serenity at Summit can provide you with detox that allows a safe and easier transition into sobriety.