How Long Does Xanax Stay in Your System?

Xanax is a popular drug that’s used to treat anxiety and other common issues. Anxiety is the most common mental health problem in the United States, and there are many people that take Xanax and drugs like it. However, there may be situations when Xanax in your system poses a problem. When you go through a drug test or when you need to take a conflicting medication, you may need to know how long Xanax will stay in your system.

Xanax is a prescription drug that’s used to treat several health issues, including anxiety disorders, muscle spasms, sleep problems, and seizures. Xanax is a brand-name drug that contains alprazolam, which is one of the most common anti-anxiety drugs in the world. Alprazolam is in a class of chemicals called benzodiazepines. Benzodiazepines are used for their ability to slow down the central nervous system. This puts them in a broader drug category called central nervous system depressants, which also include barbiturates and alcohol.

Xanax can relax you both physically and mentally. It’s an effective anxiolytic (anxiety relief), but it also relaxes muscles. Like other depressants, relaxing feelings can also produce sedation or the desire to sleep. Although it’s a useful drug for several medical needs, it can also be abused for recreational purposes. In high doses, Xanax can cause euphoric highs that are similar to alcohol intoxications. Xanax is sold illicitly for its use as a recreational drug. However, dealers may also sell counterfeit versions of Xanax pills that are identical to real pills. Fake Xanax may contain other drugs or even dangerous chemicals.

Xanax may also be mixed with other drugs for a unique high or to counteract drug side effects. However, mixing Xanax with other drugs can lead to a life-threatening overdose. Opioids, alcohol, and other depressant medications are especially dangerous to combine with Xanax.

What Are the Effects of Xanax Use?

Xanax works to slow down activity in your brain and nervous system by interacting with a naturally occurring neurotransmitter called gamma-Aminobutyric acid (GABA). GABA works to bind to its receptors to open a channel to a negative charge that slows down certain functions of your nervous system. Xanax also binds to GABA receptors and increases the length of time GABA opens that channel, making GABA more effective. This can help people that have too much activity in their nervous system because of issues that cause anxiety, insomnia, and muscle spasms.

The intended effects of Xanax include:

However, Xanax can also cause some unwanted adverse effects. Side effects may be mild. When the drug is taken as directed, it’s usually safe and well-tolerated. However, some people may not react to it well and may experience uncomfortable adverse effects. Like many prescriptions that are used for therapeutic qualities, Xanax may have some side effects that appear when you first begin using the drug and then disappear when your body gets used to it. Common side effects include clumsiness, dizziness, drowsiness, dry mouth, and sleepiness at inappropriate times.

However, if these symptoms don’t go away after a few days, let your doctor know. You should also pay attention to new or worsening side effects. You may be able to get the therapeutic effects with fewer side effects by adjusting your dose or switching to a different, similar medication. However, you shouldn’t change your dose without first consulting with your doctor or pharmacist.

There are some other serious side effects that are less common, including difficulty breathing, hallucinations, seizures, memory issues, impaired speech, poor coordination, rash, and suicidal thoughts. These symptoms may be dangerous and warrant an immediate call to your doctor.

How Long Is Xanax Effective? 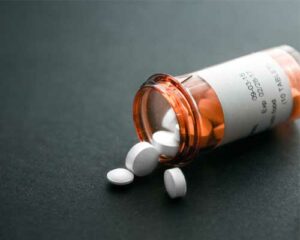 The amount of time a drug is active in your system is often called the duration of action. During this time, you will be able to feel the drug’s therapeutic effects. Xanax has a half-life of about 11.2 hours, which means the average person will take around that much time to eliminate half of the drug’s original concentration from their bloodstream. However, if you’re taking the drug for anxiety relief, you may not feel anxiolytic effects for that long. Xanax typically begins working within 30 minutes, and you may stop feeling its helpful effects after six hours.

How Long Does Xanax Stay in Your System?

Xanax may still be in your system long after you stop feeling its effects. However, it may be important to know how long the drug will last in your system for a few reasons. The most important is the risk of mixing Xanax with other substances. Xanax doesn’t necessarily have to be undetectable in your body for you to safely take a medication that could conflict with it. However, taking another depressant or certain skin treatment medications like ketoconazole may require you to be clear of Xanax.

After about 24 hours, Xanax won’t be flowing through your bloodstream in significant amounts. However, it may take more time to process it and flush it from your body. It could take between 31 hours and five days to eliminate it from your body. The amount of time you have to wait to take another dose or to take a medication that could conflict with Xanax will depend on the size of your last dose. When in doubt, speak to your doctor first.

How Long Is Xanax Detected in Drug Tests?

How Long Is Xanax Detected in Drug Tests?

There are a few reasons why you might be tested for drugs in your system. The average person might encounter a drug test when they are applying for a job. Drug testing is a common part of the job application for many companies. You may also be tested for drugs if you’re applying to work for the federal government or some state governments. In some cases, employers will administer periodic drug tests to employees on a routine basis. In other cases, employers may require drug tests if they suspect that employees are using drugs.

The amount of time Xanax can be detected in your blood will depend on the type of drug test you take. The type of test may depend on the purpose of the test you’re taking. Employment drug tests usually involve urine tests, but you may encounter follicle or saliva tests in some cases. Here’s a breakdown of each type of test and how long they can detect Xanax:

Xanax can be detected in your blood for up to 24 hours. Blood tests are designed to determine recent drug use. Blood tests are routinely used for medical purposes, but testing blood for the presence of drugs is often done for legal purposes. Your blood may be tested during investigations, like if you are suspected of driving under the influence. Since Xanax can cause impaired driving, this is a relevant concern. Blood tests may also be performed on descendants by medical examiners looking for a cause of death.

Xanax may be detected in your hair follicles for up to 90 days. Drugs and their metabolites leave your body through various exits, including your hair follicles. Hair tests are sometimes used in drug screening, but they are controversial. Since drugs can be detected for three full months, many argue that it’s unreliable when the goal is to find recent drug use. Since it’s possible to go through a full continuum of care in addiction treatment and still test positive for drug use in a hair follicle test, this method isn’t as common for employment drug screenings.

Xanax may be detected in your saliva for up to two and a half days. Saliva tests are used to detect very recent drug use in a way that’s minimally invasive. While urine and blood tests are common, they’re usually performed in clinics. Saliva swabs don’t require medical staff and can be administered in a variety of settings. However, saliva tests may not be as reliable and accurate as other options.

Xanax lasts in your urine for up to four days. Urine tests are the gold standard for employment drug testing, and it may be the method you are most likely to encounter. Urine tests are fairly reliable in finding recent drug use. That being said, there are some ways to get a false positive in a urine test for Xanax. Certain antidepressants like Zoloft can result in a false positive for Xanax. However, letting test administrators know you’re taking a prescription medication like Zoloft can help reduce the risk of false positives.