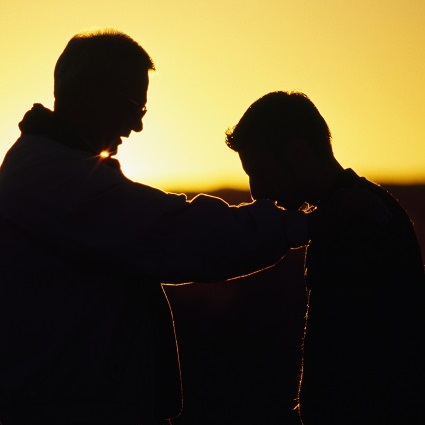 Addiction treatment experts weigh in on both sides of the debate as to whether drug or alcohol addiction are the result of bad choices or an illness.

There has long been a debate about whether addiction is a choice or a disease. Some people feel that the addicted have made poor choices, and that it is a matter of willpower to break their dependence. Others feel that addiction is a disease that affects the brain, and that without professional help from addiction treatment experts it’s very hard to stop.

This post will look at arguments on both sides of the debate and then you can make your own decision whether addiction is a choice or a disease.

The Disease Model of Addiction

Believing that addiction is a disease is not a new concept. In fact, Dr. Benjamin Rush said the condition is a disease that must be treated by a physician over two centuries ago in 1784. That school of thought didn’t really catch on until much later though, in the 1930s, when Bill Wilson and Dr. Bob Smith founded Alcoholics Anonymous. While the AA forefathers didn’t have the medical knowledge or technology to completely understand what doctors do today, their literature presented alcoholism as a disease of the mind, body, and spirit. Today, most medical professionals agree with the disease model of addiction.

Believers of the disease model of addiction focus on the changes that occur in the brain of chemically dependent individuals. They believe that once the changes in the brain take place, choice is basically no longer an option for the alcoholic or addict. Once your body becomes addicted and dependent on a substance you cannot just choose to stop using.

How Drugs and Alcohol Change the Brain

When people satisfy their basic human needs like hunger, thirst, and sex, they feel pleasure. Typically, those feelings of pleasure are the result of the release of certain “feel good” chemicals in the brain. Addictive substances affect the brain much the same way. They cause high levels of the same chemical to be released.

When this happens over a period of time, the brain’s chemistry is changed. The areas of the brain that are involved in reward, motivation, and memory are the most affected. When that happens, the individual may need the drugs or alcohol to feel normal. The person may also begin to have intense cravings for the drug or alcohol, even though they have suffered negative consequences due to their use. The addict will prefer the substance to other healthy pleasures and will eventually lose interest in normal daily activities. They may even stop caring about their own well-being, as well as the well-being of loved ones.

These changes in the brain don’t go away when the addict or alcoholic stops using, they can remain for a long period of time. That can make the addict vulnerable to triggers, which increases the possibility of relapse.

Is Addiction in Our Genes?

Those who accept the disease model of addiction believe that addiction, like other chronic diseases, is a result of several factors both biological and environmental. Studies show that about 10 percent of the U.S. population are genetically predisposed to addiction and alcoholism.

Does that mean that everyone in that 10 percent will become addicts? No. Just as those who are predisposed to diabetes can often avoid it by making healthy diet and fitness choices, so can those genetically predisposed to addiction by not using drugs or alcohol.

The Choice Model of Addiction

On the other side of the debate are the people who believe that addiction is a choice. They make their argument by pointing to reports and research that drinking alcohol or using drugs is a behavior, and that as such, it is therefore a choice. Many of those in the choice camp refer to studies that have been done that show that drinking habits can be modified – by choice – at least to a certain degree.

Some experts on this side of the debate point out that any persistent change in behavior will cause changes in the central nervous system. They make the argument that, for example, the brains of readers will be different than the brains of non-readers. This is how they counter the changes-in-the-brain argument of the disease model believers.

Many argue that believing that addiction is a disease is not only incorrect, but it’s simply unhealthy. They point out that as humans, we always have a choice. Additionally, they believe that if there really was no choice in the matter, then no one would recover from addiction. But people do recover, and that happens by choice.

Choice or Disease – Does it Really Matter?

Each individual has to make their own decision whether addiction or alcoholism is a choice or a disease. Perhaps you believe that it is a disease that can be triggered by a choice. If the potential addict never makes the choice to drink or use drugs, they will never become dependent on the substance. But if they do make the choice to use or drink, then they lose the power to continue to make the choice. In other words, once the switch is flipped, they can no longer un-flip it themselves.

Whatever your thoughts are on the problem of addiction, it is important for you to encourage anyone you know is struggling with drugs or alcohol to seek help. While the people who believe it’s a choice because some people can stop on their own make a point, the fact is that most people cannot stop on their own – they need professional help to begin their recovery.

If you or a loved one have a problem with drugs or alcohol, now is not the time to weigh in on this debate. Now is the time to seek treatment and work toward getting clean and sober. A new and different life awaits you on the other side of active addiction, and getting help from addiction treatment experts is the first step to getting there.