A study indicates that muscle relaxants such as valium are used for pain management in those with rheumatoid arthritis, an autoimmune disease where the body’s immune system attacks the joints thinking they’re foreign substances like bacteria or viruses. This causes intense pain and inflammation to the point where someone suffering cannot live a functional life. This swelling and joint pain can occur in the feet, wrists, elbows, knees, and ankles, and damages cartilage and the bones themselves. Over time, once there is a loss of cartilage, the spacing between joints can become smaller. The joints, in turn, can become loose, unstable, and eventually lose all mobility.

An estimated 1.5 million people in the United States are affected by this disease, and statistics point to women having the disorder nearly three times more than men. Rheumatoid arthritis usually begins between the ages of 30 and 60, but in men, it occurs later in life. Unfortunately, those who have a family member that has RA show a higher likelihood of inheriting the disease themselves, but a majority with it have no family history of the disease. Doctors recommend early diagnosis and aggressive treatment to control RA. With any disease, early detection is always the key.

Pain management is a high priority for those with rheumatoid arthritis, and muscle relaxants such as Valium prevent increased muscle tone.

Although there hasn’t been extensive testing into the subject matter, muscle relaxants have gained widespread clinical acceptance in the management of patients with chronic musculoskeletal pain. While medications such as Valium can provide relief for symptoms from rheumatoid arthritis, it holds the potential to become addictive and become another problem in someone’s life. Use of the drug runs a slippery slope between relief and becoming addicted, and it must be taken as prescribed. Read on to learn more about Valium and how it is treated when someone becomes addicted.

Valium, which is generically known as diazepam, is a benzodiazepine medication that acts as a central nervous system (CNS) depressant. It boasts musculoskeletal properties that act as muscle relaxants. When Valium is used in addition to rest, physical therapy, and other measures to relieve discomfort, they can be beneficial for short-term use in episodes of acute pain. This could range from pulling a muscle, your back going out, to treating symptoms effectively from rheumatoid arthritis.

Benzos work similarly to alcohol and barbiturates in that they depress the central nervous system. Valium works by interacting with gamma-Aminobutyric acid (GABA), which is responsible for regulating excitability in your brain and body.

Those who have muscle spasms, anxiety or sleep disorders can benefit greatly from drugs like Valium as their natural GABA requires a boost. Valium binds to these receptors and increases the efficiency of GABA in the brain, correcting chemical imbalances in the brain.

This causes feelings of relaxation, sedation, and hypnosis that can relieve tension in aching muscles. Valium does have its drawbacks, however, and the high associated with use is similar to abused drugs such as alcohol. This makes it popular to abuse as a recreational drug. Abusing Valium can lead to a chemical dependence, addiction, and even overdose. Withdrawal symptoms associated with the drug can be extremely dangerous. If you feel that you are becoming addicted to Valium, you must reach out to your physician to discuss your options.

Like rheumatoid arthritis, an addiction to Valium can become a chronic disease. There are warning signs and symptoms that will accompany a developing substance use disorder. As is the case with most addictions, pinpointing it can be difficult in the early stages especially when medication is prescribed by a doctor. Addiction cannot be hidden forever, though, and there are ways to determine if someone is abusing Valium. If you suspect that either yourself or a loved one is suffering from a Valium addiction, look out for these signs:

There are some more severe signs that indicate chemical dependence or addiction that change how someone behaves. This includes: 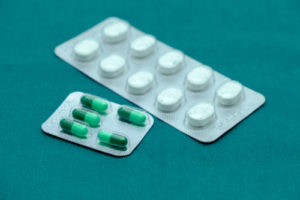 If you are worried about the use of Valium becoming a substance use disorder, you will begin to notice physical or psychological symptoms. An increasing chemical dependence will feel as though you need to increase the dose to counteract the tolerance, and if you skip a dose could feel withdrawal symptoms. These can include anxiety, irritability, tremors, or confusion.

The last and worst step you need to try and avoid is addiction. This is defined as compulsive use of the drug despite serious consequences. If there are problems at work, home, the law or with your health but you continue to use, this could be an indicator you have become addicted.

How Dangerous Is Valium?

Valium has a much lower toxicity level compared to other benzodiazepines. All drugs can be dangerous in high doses, and Valium is no different. High doses can lead to a deadly overdose, but it requires much more of the drug to achieve that than other drugs like barbiturates.

What makes Valium dangerous is how it affects the body once it leaves the system. Withdrawal symptoms from benzos like Valium can be deadly. Symptoms can include seizures and delirium tremens, which can lead to death if not treated by a medical professional. This is why doctors and addiction specialists will always recommend attending medical detox as a means to safely end benzo use and dependence.

Your Recovery Journey Can Begin Today

If you or a loved one is experiencing a substance use disorder related to Valium, there is help available to lead you to overcome your addiction. To learn more about Valium addiction and how it can be treated, we advise that you speak to an addiction specialist at Serenity at Summit.