According to The Guardian, the use of Ritalin and other similar drugs like Adderall have doubled in the past 10 years. A significant influx of children has been diagnosed with attention-deficit/hyperactivity disorder (ADHD). This is a very common mental illness occurring in 6.4 million children ranging from ages four to 17. ADHD symptoms can include trouble concentrating, paying attention, staying organized, and remembering details. It is a condition that is not easy to diagnose, and children who have the disorder can often be labeled as “problem children” or troublemakers.

Ritalin can be a highly effective choice in treating these disorders. The inattentiveness and hyperactivity a child can experience have been shown to improve with its use. These drugs are not miracle cures, but they can provide adequate relief for children who struggle in school. They have been demonstrated to improve test scores and bring a higher sense of self-esteem to the child.

Over time, however, symptoms that were bad as a child may not meet the criteria by the time they become young adults. This brings less need for the medicine, and those who used it as prescribed are going to have an easier time not taking the drug.

This is where the problem with Ritalin comes into play. They will continually receive prescriptions for the drug and show less need as they get into high school and college. There is a high demand for Ritalin as a performance-enhancing drug in those who don’t have ADHD.

Those who don’t have ADHD will have a different reaction than those who need the drug, but it can still enhance focus on those trying to cram for a big exam. During a very stressful time in their lives, they take the drugs, assuming they will get into a better college, or that they will get higher grades on an exam. In the process, they can hurt themselves when not being under the supervision of a doctor and slowly become addicted.

Ritalin addiction can be very serious and even dangerous. If you or someone you know has been using the drug, it is necessary to learn the signs of abuse and addiction. Being aware of these signs may help you address the problems and avoid serious consequences.

Methylphenidate is the active ingredient in Ritalin. It is a stimulant with medicinal properties that are used in the treatment of disorders like attention-deficit/ hyperactivity disorder (ADHD) and narcolepsy. There are several ways it can be consumed, such as in a patch, tablet, capsule, and even a liquid. Those with ADHD have problems that cause a lack of excitatory activity in their central nervous system.

Ritalin works by affecting the excitatory neurotransmitters dopamine and norepinephrine. The result? There is an increase in the individual’s focus and allows for concentration to be achieved. For those who have narcolepsy, it will combat fatigue and keep them alert.

Consequently, Ritalin indirectly affects dopamine and serotonin by blocking a process called reuptake. This is a process that allows neurotransmitters to be reabsorbed into the nerve cell that sent it to be recycled. When this process is blocked, dopamine and serotonin are leftover and bind to receptors, causing a more intense effect. Those who have disorders affecting attention and low energy levels will notice those will be reversed because of Ritalin.

What Are The Signs of Ritalin Addiction?

Ritalin, as prescribed, often results in a much lower risk of physical dependence and a mild risk of psychological dependence. It is recognized, however, to have a significant risk of abuse. While the risk for addiction is less than other stimulants, there are many cases of using this medication for other reasons than it was prescribed for. It’s not often used as a recreational drug even in college. As mentioned earlier in the article, it is seen by college and high school students as a performance-enhancing drug. It is used to cram information in a short period and boost test scores.

Ritalin abuse stems more from social and psychological factors, but it can be extremely dangerous when used in this manner. It causes appetite suppression, weight loss, anxiety, sleeplessness, lethargy, and dizziness. Long-term use in high doses can create real health issues for the user.

Ritalin is not chemically addictive, but abuse shows clearly through symptoms, which are often physical. This is a list of the more common signs of a substance use disorder attributed to Ritalin abuse:

Less-Common Side Effects Can Include:

If you or someone you love has been experiencing any of these side effects, there is a possibility that a Ritalin substance use disorder has developed. If you try to stop using the drug or take less but feel an irresistible urge to continue, there is a chance you’ve become psychologically addicted. Fortunately, help is available.

Side Effects of Ritalin

Those who abuse Ritalin explain how a high occurs using the drug. Unfortunately, this is followed by a very abrupt crash. During a crash, the individual will feel dull mentally, depressed, and fatigued. The feelings are observable by others as the person going through it will not be able to hold a conversation, will look down, or complain about exhaustion. The most common side effects that are connected to Ritalin use are more extreme when it is abused. These include:

Some More Severe Side Effects of Ritalin Abuse May Include:

Signs of a Ritalin Overdose

If you suspect someone is overdosing on Ritalin, you should immediately call 911. Taking the medication if it is not prescribed to you, or taking more than the doctor recommended dose can be deadly. Abuse often leads to overdose, and Ritalin overdose symptoms can range from mild to severe. It will depend on the amount of the drug taken, and if other substances were used in conjunction with Ritalin. These symptoms can include:

The severity of an overdose will be greater if someone has ingested a large dose. The symptoms occur in a progressive fashion, which begins with restlessness, agitation, followed by irritability. The symptoms will lead to a rapid heart rate and convulsions.

How Does Ritalin Addiction Recovery Work? 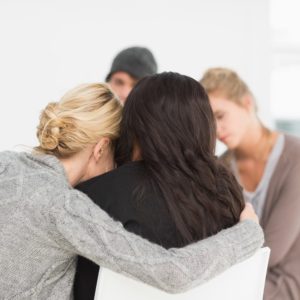 Treating addiction is a process that allows for the individual to address all medical, psychological, and social problems that are a part of a substance use disorder. It could also go over issues not directly linked to addiction, but it will allow for an overall balance in your life. The first stage in the continuum of care is medical detoxification. Addiction can create many problems, including withdrawal.

The withdrawal symptoms from Ritalin are relatively mild in comparison to opioids or benzodiazepines, but that doesn’t mean they don’t exist. Ritalin withdrawal can cause fatigue, depression, insomnia, and heart complications. Excessive abuse of the drug can cause other health problems such as malnutrition.

Upon entering treatment, a team of clinicians and medical staff will determine if detox is the right course of action. The initial assessment is a significant part of treatment that allows an overview of your past drug use. It’s designed to find what needs to be addressed in treatment.

There are three other levels of care in addiction treatment that include:

This can involve residential treatment, which is the best choice for those requiring a high level of care. This can be due to medical, psychological, or social factors.

This is the most intensive level of care for those who can live outside of a treatment facility. It requires more than nine hours a week of clinical services.

This involves fewer than nine hours per week of clinical services. Outpatient is a better option for those who can’t leave their job or school.

The treatment center may offer an alumni program once you have completed rehab. This will give you access to community resources that help continue your commitment to recovery. This is the best way to follow a relapse prevention plan.