Rehab Centers for Anxiety and Addiction

Anxiety and addiction often co-occur. When they do, it’s important to find a rehab center with experience in treating these co-occurring disorders. If only one issue is addressed, it’s likely that the other condition will trigger a relapse.

Many rehab facilities are equipped to treat anxiety and addiction simultaneously.

Since the time of Sigmund Freud, anxiety has been believed to be an important part of many psychopathological conditions. In his classic series of lectures, psychiatrist Paul Hoch stated that every psychiatric disorder included some elements and expression of anxiety and depression.

Traditionally, anxiety was viewed as a different concept from fear. Anxiety was believed to be uneasiness or nervousness that resulted from an undifferentiated source, whereas fear was related to a direct threat. The two terms are now used synonymously, although anxiety is still considered to be a significant component in the presentation of nearly every type of mental illness.

Anxiety can be associated with particular states of being, or it may be considered as part of the habitual reaction of a particular person’s character.

The term state anxiety refers to the temporary nervousness or uneasiness that occurs in association with a perceived threat in most people. State anxiety typically resolves when the threat is diminished or removed.

Trait anxiety refers to how different people experience the quality or intensity of their anxiety. For instance, some people may become very anxious in social situations, whereas others may not. 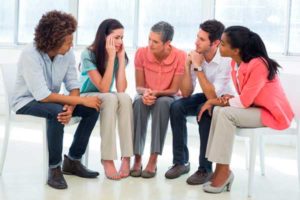 One of the oldest notions in psychology is the idea that people function best under moderate states of stress and anxiety. This is known as the Yerkes-Dodson law.

When the law is depicted as a graph, with the quality of the person’s task performance represented on the vertical axis and the level of anxiety represented on the horizontal axis, it presents as an inverted U shape, indicating that people tend to perform worse when stress, anxiety, and stimulation are extremely low or when arousal is extremely high, especially for novel tasks.

People tend to perform better on tasks when arousal is in the moderate range, indicating that feelings of anxiety can sometimes be functional.

Some people experience levels of anxiety that have prolonged durations, or they experience higher states of anxiety in certain situations than most people. When the experience of anxiety is so intense or pervasive that it interferes with daily functioning consistently, it may represent an anxiety disorder.

Anxiety disorders are clinically significant psychological disorders that have dysfunctional levels of anxiety as their major feature.

According to the American Psychiatric Association (APA), the major recognized anxiety disorders are:

The APA also categorizes other types of diagnosable anxiety conditions, such as medication-induced anxiety or anxiety due to a medical condition.

Why Do Anxiety and Substance Abuse Commonly Co-occur?

There are three general theoretical explanations for the relationship between anxiety disorders and comorbid substance use disorders.

Rehab for Co-occurring Addiction and Anxiety

The treatment for dual diagnosis concentrates on addressing both disorders at the same time as opposed to first dealing with one of the disorders. Research has indicated that attempting to address a substance abuse problem and not dealing with anxiety, or vice versa, is generally not successful because the two disorders fuel one another.

Different members of the team address the individual according to their specialty, and the team will meet periodically to discuss the client’s progress and update treatment goals.

Do You Need a Specialized Rehab Center?

In most cases, rehab centers for substance abuse also offer treatment for comorbid mental health disorders like anxiety. As mentioned above, it is not uncommon for individuals who are diagnosed with substance use disorders to have comorbid anxiety disorders, depression, stress-related disorders, and other types of psychological disorders. 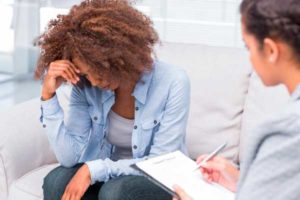 It is notoriously difficult to convince those diagnosed with agoraphobia to enter treatment programs that are away from their safe places. These individuals may require a specialized situation to help them feel comfortable while they are in the early stages of recovery.

In some cases, individuals with these disorders can initially be treated as outpatients, although they will not receive the full benefits of rehab. If they require physician-assisted medical detox, they will need to be placed in an inpatient or residential unit that can address their special issues.

Most rehab programs can treat both addiction and anxiety. However, if you have both disorders, it is advised that you confirm this is the case before enrolling in any facility’s recovery program.