Codeine is a prescription opioid that’s used to treat pain symptoms, coughing, and diarrhea. It’s a relatively weak opioid, especially when it’s compared with today’s synthetic options. Because it’s a weaker option, it’s usually only used to treat mild-to-moderate pain. However, the drug can still be abused as a recreational drug, and it has a moderate addiction liability. Codeine can be found in some over-the-counter medications and in prescriptions that can be abused to achieve euphoric highs. However, because it’s an opioid, it can lead to a serious substance use disorder with long-lasting consequences.

If you’ve been prescribed an opioid like codeine, or if you’ve used it recreationally, you should be aware of the signs and symptoms of addiction. Learn more about codeine addiction and how an opioid use disorder can be effectively treated.

Codeine is a medicinal opioid that’s derived from the opium poppy plant like morphine, and it was first isolated in 1834. Today, codeine is the most widely used medicinal opioid in the world and one of the most common medications overall. However, it’s significantly weaker than many other opioids. As a weak opioid, it’s useful in treating mild pain, coughing, and diarrhea without causing significant intoxication or impairment.

Codeine works in the brain in a way that’s similar to other opioids. It binds to specific opioid receptors and activates them causing mild analgesia and other effects. However, codeine has a week affinity for this receptor on its own. But as it breaks down in a person’s metabolism, it becomes morphine, which has a high affinity for binding to these receptors.

Codeine may be a weak opioid, but it still has a moderate dependence risk. Dependence and addiction to a prescription opioid such as codeine can lead to the use of more powerful illicit opioids like heroin. Prescription opioids can be difficult to obtain and even harder to afford. When money gets tight, and users get desperate, they often make the switch to heroin, which is the second most abundant illicit drug in the U.S. next to marijuana.

Codeine addiction, and opioid use disorders in general, are notoriously difficult to overcome, but they are treatable with professional help and evidence-based addiction therapies.

What Are the Signs of Codeine Addiction?

Codeine addiction is a serious disease, and it’s officially diagnosed as a severe opioid use disorder in the fifth edition of the Diagnostic and Statistical Manual of Mental Disorders (DSM-V). However, addiction often comes after some warning signs and symptoms. Learning to recognize these signs can help you avoid some of the most serious consequences of addiction. Although, it’s important to note that even severe substance use disorders can be treated.

The first sign that your drug use, prescribed or otherwise, is becoming a disorder, is a growing tolerance. Tolerance is a phenomenon of psychoactive drug use when your brain starts to get used to a drug. It may start to counteract the substance to maintain brain chemistry. To you, this will feel like a normal dose of the drug is less effective now compared to when you first started using. Tolerance can happen with a variety of psychoactive substances, even with normal prescribed use. If you feel that you are becoming tolerant to a drug’s effects, talk to your doctor about cutting back or switching medication.

If you keep using the drug as tolerance grows, you may start to develop a chemical dependence, which is when your brain adapts to rely on the drug. At this point, you may stop taking the drug to treat your original symptoms or even for recreation. Instead, you may feel like you’re taking it to feel normal and to avoid uncomfortable withdrawal symptoms. If you stop, you may start to experience symptoms that mimic the flu with body aches, sweating, nausea, and vomiting.

Finally, a substance use disorder becomes an addiction when drug use becomes compulsive. An addicted person will continue to use codeine or other opioids, even if it causes serious consequences. 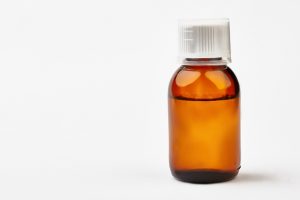 What Is Involved In Codeine Addiction Treatment?

Though opioids like codeine aren’t usually dangerous during withdrawal, it can be difficult to get through on your own without using again. Plus, if withdrawal symptoms including sweating, diarrhea, and vomiting lead to dehydration, withdrawal can become medically dangerous. The safest way to begin your addiction treatment is to go through withdrawal with medical supervision. Medical detox is the highest level of addiction treatment, and it provides medical supervision for 24 hours a day for about a week, give or take a few days depending on your needs.

In detox, you may be treated with medications to ease symptoms or wean you off the drug slowly. Medical detox is also ideal for people who have other medical complications or conditions that need immediate attention. Addiction often comes with other medical issues, especially if a codeine addiction leads to an illicit drug use.

Clinicians will work with you to determine the best next level of care for you after detox. When you first enter treatment, you will go through an intake and assessment process to identify your immediate needs. As soon as you can, you will also sit down with a therapist to create a personalized treatment plan. Your treatment plan will have a goal for treatment and tangible objectives to help you complete them. As you make progress, your treatment plan will be reassessed each week and adapted as your needs change.

If you still have pressing medical or psychological needs after detox, you may go to an inpatient treatment program, or residential program, which offers 24-hour medical monitoring or clinical management on a daily basis. If you can live on your own, an outpatient program might be best for you. Intensive outpatient involves more than nine hours of addiction treatment each day and can include as much as 12 hours of treatment each day. Standard outpatient treatment involves fewer than nine hours of clinical therapies each day.

How Dangerous Is Codeine? 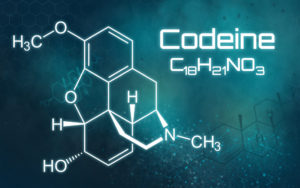 Codeine is a relatively mild opioid, especially when compared to some of the illicit drugs that are driving the opioid epidemic. However, an opioid’s danger is in its addiction potential and the fact that abuse can lead to the use of more potent substances. Codeine does have a potential to cause a fatal overdose. As the drug metabolizes in your system, it turns to morphine, and excessive amounts can lead to respiratory depression, which means your breathing slows down or stops, causing hypoxia, brain damage, coma, or death. It’s more likely for codeine abuse to lead to an overdose if you mix it with other opioids, benzodiazepines, or alcohol. Together, these substances increase their respiratory depressing effects.

Like other prescription opioid, abuse has the potential to lead to illicit drug use. Around 75 percent of people who entered treatment for a heroin addiction started with prescription opioids. Prescription pills are difficult to abuse because they are more expensive and more difficult to obtain than other options. On the other hand, illicit opioids like heroin come with inherent dangers. Users often contract infectious diseases like hepatitis and HIV. Plus, illegal heroin can contain other contaminants. Dealers will add substances to drug supplies to stretch profits.

To increase the power of diluted heroin, dealers may also add fentanyl, a more powerful opioid that can give people the impression of purer heroin. However, fentanyl can be up to 50 times more powerful than heroin. Users who think they are taking standard heroin can overdose on the much more potent opioid.

Addiction is a serious disease that can lead to a variety of serious consequences, especially when it involves an opioid like codeine. If you or a loved one is struggling with a substance use disorder that involves codeine, learn more about addiction and how it can be treated by speaking to a specialist at Serenity at Summit. Call 844-432-0416 to hear more about your addiction therapy options.