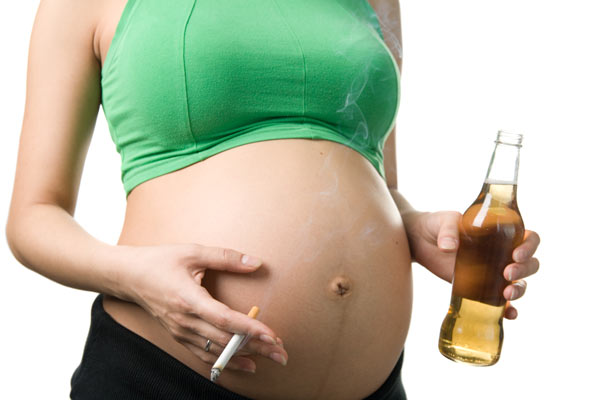 Addiction doesn’t discriminate. It can affect anyone from anywhere with any type of background, family life, race, gender, or ethnicity – including pregnant women. When a woman who is addicted to drugs or alcohol becomes pregnant, it is usually not a time of joy and excitement as it is for other mothers-to-be. The dangers of addiction increase dramatically because the unborn baby is now affected as well. Serious complications and birth defects, up to and including death for baby and mother, can occur when pregnancy and addiction happen at the same time.

Dangers of Substance Abuse During Pregnancy

The risks of drug or alcohol use on the mother and baby during pregnancy can vary depending on the substance used. However, there are some common birth defects and complications including:

Placental Abruption – This occurs when the placenta separates from the uterine wall before the mother goes into labor. It is commonly caused by smoking, drinking alcohol, or abusing drugs during pregnancy. Placental abruption is not usually fatal, but it can cause developmental problems in the child.

Fetal Alcohol Syndrome – This causes physical and mental abnormalities in the unborn child when the mother drinks alcohol during pregnancy. The effects of fetal alcohol syndrome can include cognitive impairment, developmental delays, learning disabilities, poor motor skills and coordination, and facial abnormalities. These effects can last a lifetime.

Low Birth Weight – A baby that weighs less than five and a half pounds at birth is considered to have a low birth weight. Some low birth weight babies have serious complications such as respiratory issues, heart problems, digestive tract issues, vision problems, and brain bleeds. Additionally, low birth weight can lead to future problems for the child including diabetes, heart disease, hypertension, and obesity.

Brain Damage – Babies with mothers who abused substances during pregnancy may be born with brain damage that is irreparable.

Developmental Problems – Drug or alcohol use during pregnancy can affect an unborn baby’s central nervous system, which can lead to developmental delays and poor academic performance later in life.

Premature Birth – If a baby is born before the 37th week of pregnancy, it is considered a premature birth. Drug or alcohol addiction can cause premature birth and lead to respiratory issues, trouble maintaining a stable body temperature, and trouble eating and drinking. Sometimes the baby’s internal organs are underdeveloped and he or she will require ongoing medical care for an extended period of time.

Neonatal Abstinence Syndrome – Neonatal abstinence syndrome (NAS) refers to several complications that affect babies born to mothers who used opioids while pregnant. The drugs are passed to the unborn baby through the placenta and the baby becomes dependent on them. When the baby no longer receives the drugs after birth, it will suffer withdrawal symptoms that include:

Babies that are born with NAS are often premature, with a low birth weight and smaller than normal body size. They must be detoxed from the opioids gradually and using medication.

Microcephaly – This refers to a small head circumference, and it usually means that the baby’s brain is not developing correctly.

Sudden Infant Death Syndrome (SIDS) – SIDS is the unexpected and sudden death of a child that is less than a year old. While autopsies do not show an explainable cause of death, babies who are born to mothers who abused drugs or alcohol during pregnancy have a higher rate of death due to SIDS than those born to women who did not use drugs or alcohol during pregnancy.

Treatment for Women Who Are Addicted and Pregnant

Because of the multitude of serious risks for baby and mother, it is very important that women who are expecting and also suffering from addiction tell their doctors as soon as possible so they can receive treatment. However, many pregnant women are hesitant to talk about their drug or alcohol use with doctors because they fear judgment or punishment including having their baby taken from them when it is born. But the sooner she speaks up about her problem with addiction and gets treatment, the better her chances are of minimizing the negative effects of drug abuse and having a healthy baby.

It would seem that being pregnant and responsible for another human being’s health and well-being would be enough of an incentive to stop using drugs or drinking alcohol. But unfortunately, the strength of addiction often outweighs the most negative of consequences. Most people who suffer from addiction, pregnant women included, need professional help to get clean and sober. Seeking professional medical treatment, like inpatient treatment at Serenity at Summit, sooner rather than later is essential for pregnant women. This is especially true for expecting mothers who are addicted to opioids, as abruptly stopping them can cause preterm labor, fetal distress, or a fetal fatality.

If you or someone you love is suffering from addiction and is pregnant, now is the time to get help. Doing so is the only chance that you have to give birth to a healthy child who doesn’t have long-term negative effects of drug or alcohol addiction. Getting help could not only save your life, but also the life of your unborn baby.