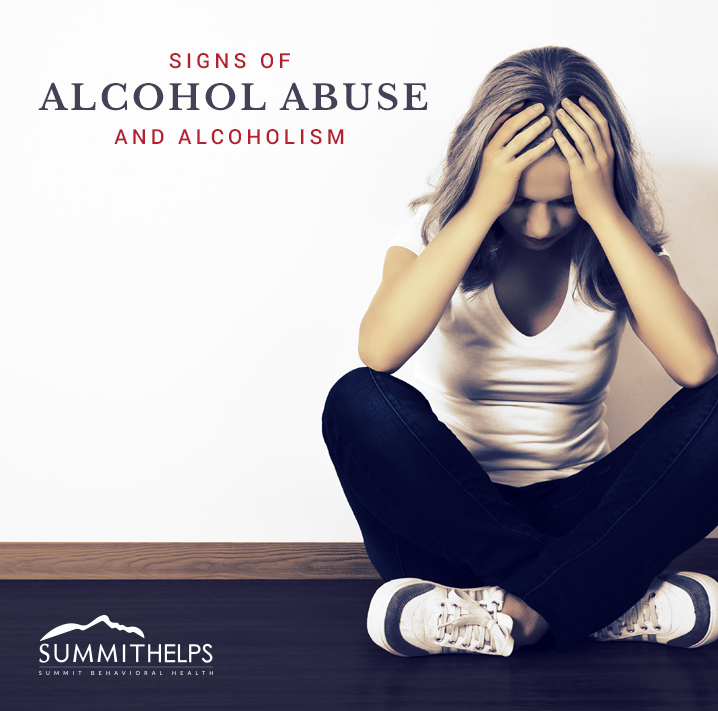 The problem with alcohol abuse is that this substance is not only legal but socially acceptable among adults. A person can be a social drinker for years and slowly start to move into a pattern where he or she is drinking more and develop a substance abuse problem. It’s important to know the signs of alcohol abuse and alcoholism and get help for a drinking problem.

Alcohol abuse and alcoholism are considered separate issues. People who abuse alcohol still have some degree of control over their drinking habits, but their behavior is still a problem since it is self-destructive and dangerous to themselves and those around them.

The signs of alcohol abuse include the following:

Alcoholism is a more serious type of drinking problem. It includes all the symptoms of alcohol abuse as well as an extra factor: alcoholics are also physically dependent on alcohol. At this point, a person relies on alcohol to function or has physical compulsions to drink.

The first major warning sign of alcoholism is tolerance. If you need to drink a lot more than you used to in order to even feel a buzz or get relaxed, it’s a sign that you may have a more serious problem. Being able to consume a lot of alcohol without appearing drunk is another sign of tolerance. Over time, you need to drink more to get the same effects.

Alcoholics also experience withdrawal symptoms if they go too long without drinking. Once you get to the point where the first thing you want to do in the morning is to take a drink “to steady your nerves” because you have the shakes, you have progressed from alcohol abuse to alcoholism. Your body is reacting to lack of alcohol in your system.

Serenity at Summit offers outpatient alcohol addiction treatment for clients that includes detoxification support, as well as individual and group therapy, family therapy, education in stress management and coping techniques and more. Our flexible program allows you to get the help you need and return home in the evening.