Is Campral Effective in Treating Alcoholism?

Research studies have found that Campral can be effective in helping people reduce their alcohol use. However, Campral is not designed to be used alone in the treatment of alcohol use disorders.

Campral (acamprosate) is a prescription medication that was formally approved by the U.S. Food and Drug Administration (FDA) as an adjunctive treatment (additional treatment to be used in combination with standard treatment) for alcohol use disorders.

It was approved in 2004. Campral is one of three medications that the FDA has formally approved to treat alcohol use disorders.

How Does Campral Work?

The way Campral works is not fully understood by researchers. It is believed to work on different sets of brain chemicals or neurotransmitters.

By reducing the activity of the excitatory neurotransmitter NMDA and increasing the effectiveness of GABA, it is believed that Campral addresses cravings and urges in individuals who have alcohol use disorders. However, these assumptions are speculative at best. The complete mechanism of action associated with Campral use is not fully understood.

Randomized placebo-controlled double-blind research studies (studies that compare the use of the medication to a placebo and where neither the researchers or the participants know if they are getting the medication or a placebo) have suggested that Campral can sometimes lower rates of drinking in individuals in recovery from alcohol use disorders.  Single studies have been mixed in their findings.

Meta-analytic research studies combine the effects of many different types of similar studies to determine if there is an overall effect of some type of intervention on some type of disorder or condition. These studies are considered to be more reliable than studies that only use a single sample because they use many different samples of research participants.

Several important meta-analytic studies have looked at the effectiveness of Campral in treating alcohol use disorders.

However, all of these studies also identified important factors that can affect the results one can get if they are using Campral.

What Do The Studies Actually Mean For Me?

The very large meta-analytic research studies above have relevant meanings if you have an alcohol use disorder. The overall research findings indicate the following: 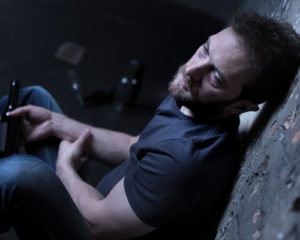 What Are Its Side Effects?

One of the biggest drawbacks to using medications is that they produce side effects.

All medications carry the risk of side effects, but Campral appears to have relatively few side effects.

The most common side effects that occur in people who use Campral are:

Common Side Effects of Campral

In very rare cases, suicidal thoughts have been recorded in people who use Campral. If you take Campral and think you are experiencing suicidal thoughts or an allergic reaction, contact your physician immediately.

Can Campral Be Used For Other Substance Abuse Problems?

“There is ongoing research investigating the use of Campral for other substance abuse issues. At the time of this writing, there is not enough evidence to suggest it is effective in reducing cravings for other substances of abuse, like cocaine, opioids, and others.”

If you have an alcohol use disorder, Campral may help you if: