What Are the Short-Term and Long-Term Effects of Ativan Use?

Ativan is the trade name for the benzodiazepine medication lorazepam. It is used to treat anxiety, but it can be habit-forming.

It comes with the potential for some side effects that can present with both short-term and long-term use of the drug.

How Ativan Is Used

Ativan comes in either a tablet or liquid concentrate form, and it is taken two to three times a day.

The medication should not be taken for longer than four months, according to the National Library of Medicine. Despite this recommendation, many people use the drug long term, which refers to any period longer than the four-month recommendation.

It is a Schedule IV drug, according to the U.S. Drug Enforcement Administration, which means that it is considered to have a low risk of dependence and low potential for abuse. Even with this classification, Ativan is still misused by some. The potential for dependency increases with prolonged use of the drug.

Benzodiazepine medications like Ativan are abused alone and in combination with other drugs. They create a relaxing effect that can stimulate the pleasure and reward circuitry in the brain, just as other addictive substances do.

Ativan can be an effective medication to relieve anxiety. It works in a similar way as other benzodiazepine medications by slowing down the nerve activity in the brain and central nervous system, providing a sense of relaxation and relief from anxious feelings.

As with all medications, Ativan can come with the potential for side effects. These include physical and mental effects that may become exacerbated with larger doses and prolonged use.

Potential physical side effects from Ativan include the following:

These side effects can occur even with short-term use of the drug.

Severe symptoms, such as respiratory depression, blurred vision, fevers, and irregular heartbeat, are indicators that you could be having an adverse reaction to the drug, and you should seek out medical attention immediately. Some of these problems could get worse with time if you continue to use the drug long term. 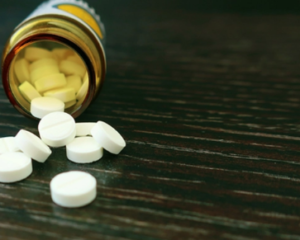 The following are mental side effects that can result from Ativan use:

These symptoms may be seen in mild or moderate severity with short-term use of Ativan, but they could become more intense and persistent with higher doses and prolonged use of the drug.

Some effects persist on a lasting basis, and they are more likely with longstanding use of the drug. Long-term effects of benzodiazepine medications such as Ativan include the following:

How Do the Dose and Duration of Treatment Affect Outcomes?

Benzodiazepine medications like Ativan can be safe and effective when used as prescribed.  However, the longer a person uses the medication and the higher the dosage, the more likely they will be to experience some of the long-term, negative side effects of the medication, according to the U.S. Food and Drug Administration (FDA).

When you first start to use Ativan, you could experiences some of the milder, acute side effects, such as drowsiness, fatigue, and weakness. A period of adjustment could take from a week to a month, and you may see these side effects becomes less intense as you adjust to the medication.

When tolerance develops, there is an increased risk of dependency, which can occur when your body becomes accustomed to the presence of the drug in your system. Your brain triggers cravings and withdrawal symptoms when the medication is stopped.

Withdrawal symptoms from Ativan include the following:

Withdrawal symptoms from benzodiazepine dependency could begin within one to three days after the last dose. They could last from three to seven days, depending on the average dose and duration of overall use.

Greatest Risks of Use

The greatest potential danger from Ativan use is an overdose. If a person accidentally or intentionally takes too much of the drug, they could go into respiratory distress and die from an overdose.

Benzodiazepine medications can cause breathing and the heart rate to slow down. If they slow down too much, you can go into respiratory distress or a coma.

“Ativan can be particularly dangerous when combined with other drugs that also suppress the central nervous system. The FDA has warned against the use of Ativan with opioids. The combined use of these medications may result in respiratory depression, oversedation, coma, and death. ”

Alcohol is also a depressant. When Ativan is combined with alcohol, the risk for respiratory depression increases.

Ativan has been implicated in adverse outcomes for older adults who have used the drug on a long-term basis. A study published in the journal Progress in Neuro-Psychopharmacology and Biological Psychiatry found that elderly individuals who used lorazepam on a long-term basis had significantly worse recall skills and slowed psychomotor performance than those who didn’t take the medication.

Long-Term Side Effects of Ativan

The long-term side effects of Ativan can be extremely dangerous, especially when the drug is abused. While there are many Ativan uses, it should only be taken as your doctor prescribes. As mentioned above, the lorazepam side effects long-term can cause cognitive impairment, tolerance, dependence, and addiction. Long-term benzo use is associated with various cognitive deficits, such as verbal learning and processing speed. While that does not necessarily mean it’ll lead to chronic cognition problems, impairment has been found to improve once you cease the use of benzodiazepines. However, some dysfunction persisted, despite stopping use.

Ativan’s side effects will vary from one person to the next, but when used as directed, it can be an effective means of treating severe anxiety. Benzos should never be taken for more than a month unless your doctor tells you otherwise. Benzodiazepines like Ativan decrease activity in your brain by increasing the impact of GABA, an inhibitory chemical messenger. Unfortunately, other risks like Dementia are possible from Ativan use.

While the risk of developing dementia is possible, Ativan use can lead to dependence or addiction. Despite it being a drug that’s safe for use under the direction of a trained medical professional, someone that uses it with the intent to get high or in other ways other than prescribed can be extremely dangerous. Ativan is often misused in an attempt to self-medicate anxiety or depression. However, many people misuse it for the effects it produces, including combining it with other drugs to enhance the effects. It’s also used to manage the symptoms of cocaine or alcohol withdrawal.

Since Ativan is highly sedative and has abuse potential, they’re highly sought out. For example, Ativan is one of the top five benzodiazepines found throughout the illegal drug market. Individuals with a history of polysubstance abuse are at an elevated risk of becoming dependent on the drug and abusing it. The longer you abuse a drug like Ativan, the higher the odds of developing a benzodiazepine use disorder.

These symptoms include the following:

Substance use disorders are considered severe conditions that can be fatal without the proper care.  Fortunately, help is available.

Ativan Side Effects in Senior Adults

Ativan side effects in older adults could be more severe than in others who take the medication. They are often more sensitive to the effects, and the drug may not relieve anxiety for seniors. It can produce less than desirable side effects, including confusion, agitation, and an increased risk of falls, which can be fatal. Falls are the leading cause of accidents in those over the age of 65, the Centers for Disease Control & Prevention (CDC) says.

If you’re older and looking for anxiety relief, speak to your doctor about alternatives. The risks severely outweigh the benefits in this case.

Can the Effects of Ativan Use be Reversed?

Some of the side effects of Ativan use will go away when the medication is stopped. Acute symptoms, such as drowsiness, fatigue, and dry mouth, will resolve once the medication processes out of the system.

Some effects, such as memory loss and confusion, may persist even after the medication is discontinued, particularly if you have been using the medication long term or abusing the drug. Recovering memory and mental abilities will be more difficult for elderly patients.

The best way to avoid the negative side effects from Ativan is to take the medication only as prescribed and notify your doctor of any side effects you experience, particularly if they are severe. Develop other coping skills to address feelings of anxiety, such as relaxation practices, exercise, therapy, and journaling.

While medications can be important for dealing with anxiety, they shouldn’t be the only means used.