The 2016 National Survey on Drug Abuse and Health found that 2.5 million Americans abused prescription sedatives. Etizolam is no exception.

The United States is facing a huge problem when it comes to prescription pill abuse. This can partially be attributed to the fact that the U.S., partnered with Canada and Mexico, has the largest pharmaceutical market in the entire world.

According to a survey conducted in 2016, the United States alone owns a whopping 45 percent of the global pharmaceutical market. The survey also found that in 2016, the U.S. share was valued at $446 billion. Six of the top ten pharmaceutical companies were from the U.S. when strictly considering monetary value.

The U.S. also has the highest abuse rates of prescription medications. A 2015 survey conducted by the Substance Abuse and Mental Health Services Administration estimated that 3.8 million people age 12 or older were abusing prescription pain relievers, accounting for 1.4 percent of the population.

Chronic abuse of prescription pain medication is nothing new, but it did not garner mainstream medical attention until the early 2000s. At that time, the U.S. was experiencing big spikes in drug abuse. This was in part because regulation was lax in the 1990s, and there was an increase in painkiller production, including different variations of hydrocodone and oxycodone.

A combination of new market availability and few regulations led to many taking these pills in unintended ways. Some would mix prescription painkillers with other narcotics, take them for nonmedical reasons, and even sell them to friends who did not possess a prescription for the drug.

The ramifications have been costly. According to a 2018 survey conducted by the  US Centers for Disease Control and Prevention (CDC), over 130 people die in the United States alone every single day from prescription pill overdoses. This is nothing short of a national crisis.

The economic impact of this abuse is less talked about, but still significant. The CDC estimated in 2013 that the overall economic impact of prescription pill abuse totals around $78 billion a year when you factor in health care costs, addiction treatment, criminal proceedings, and the estimated loss of productive workers as a result of these issues.

Etizolam abuse is not even included in these statistics because it is not a legal prescription drug, so much abuse still goes unreported.

Etizolam was created to be a new class of diazepine, called thienotriazolodiazepines. This newer branch of these drugs is reported to oxidize more quickly, which allows for a faster metabolic intake. Etizolam is unique because it has an anxiolytic action six times greater than diazepam.

Etizolam is also distinctly unique in that it tends to induce sleep faster than other drugs in its class, and it also induces longer sleep with fewer interruptions. Etizolam is used in various ways.

While etizolam can be used for all of these issues, it is most commonly known for treating anxiety and sleep disorders. It was initially introduced in Japan in 1983 and is now also available on the Italian and Indian markets.

Etizolam is marketed under these brand names:

Etizolam has been found to be an effective anxiety and sleep disorder medication, but it is not without side effects.

The Following Are Common Etizolam Side Effects: 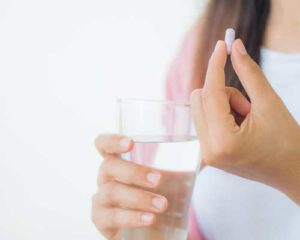 The antidepressant and sedative qualities of etizolam lead to the significant potential for abuse.

Etizolam is a special case because it has not currently been approved for distribution by the FDA. This means that it has only entered the country through illicit means.

Any use of etizolam in the United States is unregulated and recreational. It has not been classified as a drug with medical uses or benefits, so there is no helpful dosage information in the U.S. either, making an overdose more likely.

There is little individual data on abuse of etizolam. However, it works similarly to benzodiazepines, which have been widely studied.

Some research states that etizolam is 10 times more potent than Valium, making it an ideal drug for abuse.

Sometimes etizolam enters the United States through legal means as a “research chemical,” allowing for a higher level of availability.

Etizolam may have adverse reactions when combined with other drugs. Alcohol in particular strongly alters etizolam’s effects. It is common practice for drug abusers to mix benzodiazepine drugs with alcohol, and this can be very dangerous. Combining etizolam with other drugs or alcohol substantially increases the risk of overdose.

Per the DEA, etizolam users range in age greatly. Common users include adolescents and teens, young adults, adults, and even the elderly. The DEA also reported that most of the purchasing is done via the internet.

Etizolam is not technically illegal on the federal level, making distribution and use monitoring, as well as legal regulation more difficult and uncertain.

While etizolam is reported to have a lower dependency potential than other drugs in its class, it has still demonstrated addictive qualities. According to a 2014 case study by the Indian Journal of Pharmacology, a young male with moderate depression and social anxiety demonstrated etizolam dependence. While etizolam was specifically designed to cause less dependency than other benzodiazepine drugs, the case study did find that dependence can still occur.

The case study followed a 23-year-old male who reported being anxious in social situations and  having a feeling of general hopelessness and sadness. The young man was taking 2.5 mg a day of etizolam during the study.

Initially, the subject was prescribed to take only 0.25 mg a day, but the dose was gradually increased to 2.5 mg a day for a month. This is an indication that etizolam also creates tolerance; another thing that this next generation of drugs was supposed to avoid.

The case study found that withdrawal symptoms would occur when the subject stopped taking etizolam. These symptoms included the following:

The subject of the study also continued to take etizolam even when their physician stopped prescribing it. They were informed of the dangers of long-term use, as the drug was not intended to be used in this manner. Despite all warnings, they did not stop using the drug. All of these factors led the Indian Journal of Pharmacology to arrive at the conclusion that dependence did occur.

According to the Annals of Emergency Medicine Journal, when etizolam is abused, it is similar to the abuse of drugs like Valium. There is an initial rush of euphoria and confidence that lowers inhibitions and distorts judgment. It may also cause temporary amnesia.

Those who are abusing etizolam may take on similar characteristics of someone who is drunk, including slurred speech, slowed reaction time, reduction of motor skills, and mood swings. Mood swings are most common when the individual begins to come down from the drug. The comedown phase is usually accompanied by feelings of anxiety and depression, headaches, and muscle weakness.

A Chronic Etizolam Abuser May Display The Following Signs:

Overdose is also a common issue with drugs like etizolam. In fact, a report from the Substance Abuse and Mental Health Services Administration from 2005 to 2011 found that nearly 1 million Americans went to the hospital for a bad reaction to a benzodiazepine drug. Part of the reason this number is so high is that it is common for benzodiazepines to be mixed with alcohol, which substantially increases the likelihood that an overdose will occur.

Because etizolam and alcohol are both nervous system depressants, a combination of these substances can reduce vital signs to dangerously low and even lethal levels. An overdose occurs when toxicity levels in the blood reach a certain level.

Someone Overdosing On Etizolam May Experience The Following:

Anyone exhibiting one or more of these symptoms who has taken etizolam or a similar drug should immediately contact a medical facility, so action can be taken to reverse an overdose and potentially save the person’s life.

Short-term abuse of benzodiazepines can have many complications, but long-term use brings even more risks.

According to a study done in 2014 by the British Medical Journal, long-term use of benzodiazepines was shown to increase the risk of developing mental health disorders, such as Alzheimer’s. The study found that the more benzodiazepines taken over a longer period of time, the more likely the development of Alzheimer’s disease. As such, the study concluded that usage of these drugs should be a national public health concern. 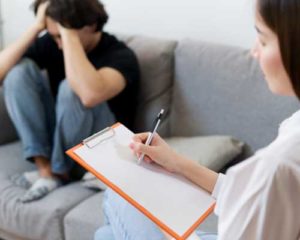 While there is no cure for addiction, it can be managed on a long-term basis. People can effectively gain control of their addiction and live a healthy, balanced life in recovery.

When attempting to detox from etizolam and similar drugs, an addiction specialist must be involved. Medical detox reduces the risk of relapse, overdose, and seizures that could be life-threatening.

Generally, a tapered approach to withdrawal is recommended, where doses of a long-acting benzodiazepine are slowly lowered over time. This lessens the likelihood of withdrawal symptoms and keeps the person safe throughout the process. This taper must be designed by a doctor. Individuals should not attempt this on their own as withdrawal symptoms can be life-threatening in some cases.

Therapy is the backbone of addiction treatment. In a comprehensive treatment program, clients will address the issues that led to their abuse of etizolam. With proper support, they can learn how to manage their addiction and avoid relapse.