Valium and Alcohol: Is It Safe to Mix Diazepam with Alcohol?

With a substantial part of the population affected by the current state of global affairs, we shouldn’t be too surprised by the prevalence of anxiety and panic disorders. According to the World Health Organization (WHO), the global pandemic led to a substantial 25 percent increase in anxiety and depression. A staggering 90 percent of countries that WHO surveyed were prompted to include mental health and psychosocial support in their plans, but it wasn’t enough. Unfortunately, the unprecedented stress has led to social isolation and fear about health. These issues have worsened minor conditions, and some people have turned to drugs and alcohol to cope.

WHO mentions in its report that women and young people are getting hit the hardest and suffering the worst with anxiety and depression. 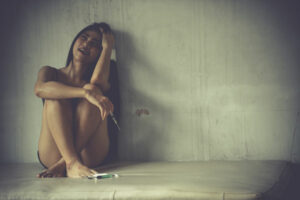 Unfortunately, all of this has led to the worst year on record in the United States for drug overdoses. With the rise in conditions caused by stress in the world, many people might turn to sedative drugs like Valium to ease their anxiety or alcohol to calm their nerves. While this is nothing new, it appears at unprecedented rates. As far back as you can think, you likely remember your role model on TV or in movies grabbing for a beer or bottle of liquor to unwind.

Valium is another drug that’s been popular for quite some time. One of the most popular bands of all time, The Rolling Stones, wrote a song about the drug called “Mother’s Little Helper,” referring to Valium. It was an ode to the benzodiazepine drug that had recently replaced barbiturates and spread like wildfire among American housewives. Alcohol and Valium are extremely addictive and can lead to misery. Despite alcohol’s legality and the ability to be prescribed the benzo, they’re dangerous. So, what happens if you mix them?

Alcohol and Valium are two depressants that should be used with caution. But some people who drink socially will turn into alcoholics, and others who use Valium as prescribed will develop a substance use disorder (SUD). Even worse, when you combine the two drugs, you put yourself at risk of serious complications. Below, we’ll discuss this in-depth.

What Are the Short-Term Side Effects of Alcohol?

Alcohol is a legal depressant drug that anyone age 21 and older can obtain in the United States. Those who drink in moderation won’t experience any of alcohol’s adverse side effects, but over time, it can take its toll on your body. If you drink or have at some point in your life, you might have felt the warm buzz that alcohol produces when it kicks in or the headache from drinking too much wine. Perhaps you’ve been hungover, a sign that you drank too much. Fortunately, those effects don’t last long, but if you keep putting your body through that, eventually, it’ll wear it down.

Even those who drink in moderation can experience unwanted health consequences. Binge drinking will lead to more health issues sooner. The most common short-term side effects of alcohol include:

Valium is a potent central nervous system (CNS) depressant used to treat anxiety, alcohol withdrawal, muscle spasms, and specific seizures. It’s often misused for its sedative effects, and your body can become dependent on the drug in as little as 14 days. Valium increases GABA activity in your brain, a naturally produced chemical to calm your body down. It’s a useful tool for doctors but can become a patient’s worst nightmare if they become addicted or abuse it with other drugs like alcohol.

Valium users can expect these short-term side effects:

Mixing Valium and Alcohol: What Happens?

When a person becomes addicted to drugs like alcohol or Valium, their addiction could stem from past trauma, untreated conditions, or excessive drug use as a means to cope with the changing world over the past few years. At first, using these drugs relieves all their stress and worries. However, they will catch up eventually as it’s temporary. Drugs merely numb your problems; they don’t solve them. You won’t be able to handle reality without the drug because you become dependent upon it, leaving you searching for new ways to deal. Many people will start mixing drugs like alcohol and Valium to enhance the effects, but what happens?

The worst-case scenario is that you overdose, which results from taking too much of the drug and your body becoming unable to metabolize it. When you mix two depressants known to slow your breathing, the risk of overdose increases dramatically. It can lead to unpredictable symptoms and, in many cases, be fatal.

Mixing alcohol and Valium increases the odds you become a victim of a fatal overdose, but it can also cause the following:

Many people mix drugs without knowing the dangers. Unfortunately, it can lead to them developing an addiction to both drugs, making it even more complicated to get sober. This is known as polysubstance use disorder. Mixing these two drugs can also damage your liver – your body’s natural filter, leading to life-threatening conditions like cirrhosis. Alcohol withdrawal is among the most dangerous of any drug on earth, same with benzodiazepines, so using these together is rife with risk.

Can You Mix Valium and Alcohol Safely?

The short answer is, no, you cannot mix alcohol and Valium safely. Those with tolerance to either drug may tolerate it better than others, but it’s unpredictable and should be avoided. There are many variables to consider. Since both are depressants, both substances will intensify the effects of one another. The higher the dose of either substance, the higher the odds of something bad happening, including an overdose. For that reason, you should steer clear of mixing Valium and alcohol.

When Can I Drink Alcohol After Taking Valium?

Valium boasts a long half-life that ranges from 20 hours to 80 hours. Even after 24 hours, you’ll still have half the amount of Valium in your system. The next morning, you’ll be left with one-quarter of it in your system. For someone healthy, they’ll need several days before Valium has left their system. Anytime in that time frame, drinking alcohol can be dangerous. Many people are unaware that even if you haven’t taken Valium in a few days, you’re still at risk of a fatal overdose because of the half-life.

Using Valium after alcohol is different. Your body needs about an hour to process one standard drink, though someone with a slower metabolism may need a bit more time. Your weight, age, how much you drink, and height will determine these. For that reason, using Valium the day after drinking is different from drinking the day after taking Valium. Either way, unless prescribed by a doctor, you should avoid taking any drug.

Can You Quit Valium and Alcohol Cold Turkey?

No, you should never quit either drug cold turkey, especially if you’re abusing them together. If you’ve developed a physical dependence, you’re at a significantly higher risk of developing withdrawal symptoms, which can be severe. In some cases, they can even be life-threatening. For that reason, professional medical treatment is advised.

The most common alcohol and benzodiazepine withdrawal symptoms include the following:

Because of these threats and the potential for fatal complications, managing your withdrawal under the supervision of professionals is a must. Physicians will prescribe medication to alleviate your uncomfortable symptoms. These medications will also prevent severe symptoms from occurring. However, if you were to experience life-threatening complications like seizures, being in the presence of doctors can save you from the unpredictable.

It has been a rough few years with few signs of letting up. However, that shouldn’t be the reason you turn to drugs like alcohol or Valium to cope. Fortunately, addiction treatment can help you overcome this rough patch and give you control of your life.