Xanax Overdose: Is It Fatal? Risks, Symptoms, and Treatment

Xanax is a popular anti-anxiety medication. In fact, it’s among the most common prescription drugs in the United States. Since anxiety is the most common mental health disorder in the country, millions of Xanax pills are prescribed every year. The medication is generally safe when it’s taken as directed by a medical professional, but it also has some potential for abuse and misuse.

As a recreational drug, Xanax can cause a feeling of sedating euphoria, similar to alcohol. However, Xanax can also cause substance use problems like chemical dependence and addiction. High doses of the drug can also lead to overdose symptoms. But how dangerous is a Xanax overdose, and how do you know when you are experiencing one?

Learn more about Xanax overdoses and how they can be treated.

How Does Xanax Work in the Body?

Xanax is a brand name that contains a drug called alprazolam, which is in a class of drugs called benzodiazepines. Benzodiazepines are used for a broad range of medical purposes, including treatment for anxiety, sleep disorders, and muscle spasms. Xanax, and other depressants, works in the brain as a central nervous system depressant. Depressants represent a large category of drugs that slow down nervous system activity in the brain and include other drug categories like barbiturates and alcohol.

Depressants work in the brain by slowing down nervous system activity, which often leads to feelings of relaxation and sedation. It also causes anxiolysis, which is the medical term for anti-anxiety. Depressants are often used to treat anxiety and sleep disorders, but they can also be used to treat seizures, muscle spasms, and neurological pain.

Xanax achieves its depressant effects by working with a chemical in the brain called gamma-Aminobutyric acid, or GABA. GABA is a natural brain chemical involved in your body’s rest and digest response. It helps you to relax, sleep, and calm down. GABA binds to its receptors in your nervous system and opens a channel to a negative charge that slows or shuts down brain activity. This transitions you from an alert and vigilant state to a relaxed one.

Xanax can also bind to GABA receptors, but it doesn’t block GABA. Instead, it keeps the channels that GABA interacts with open for longer. This increases GABA’s relaxing and sedating effects to be more potent than normal.

Alcohol and Xanax work in similar ways in the body, and they can have some similar effects. Xanax can cause some side effects that are similar to alcohol intoxication, including:

Like alcohol, Xanax can have effects on your reaction time and motor skills, so it’s potentially dangerous to drive. Xanax also has a significant abuse liability, and it’s classified as a Schedule IV substance. That means it is federally controlled and considered to have some abuse potential, despite its currently accepted medical uses.

Taking Xanax as a recreational drug may increase your risk of developing a substance use disorder. High doses can also increase your risk of an overdose. Xanax that you buy illegally may be counterfeit. Drug dealers are able to press pills that look identical to real Xanax pills. These fake pills can contain dangerous additives.

Can You Overdose on Xanax?

Xanax is a potent prescription drug, and it is possible to experience an overdose if you take a high enough dose of it. Accidental Xanax overdoses are more common when you use the drug recreationally. If you take the drug as directed, it’s not likely that you will experience a significant overdose. However, if you are sensitive to the drug, you could experience uncomfortable side effects with typical doses. If you experience side effects or overdose symptoms, you should speak to your doctor right away.

A high dose of Xanax can lead to uncomfortable side effects that can include the following:

Xanax can cause deep depression in some people, which can lead to suicidal thoughts or actions. If you’re experiencing these thoughts while taking Xanax, it’s important to seek help immediately. The way you feel is likely temporary, and you may feel better with treatment and when the drug wears off.

Is a Xanax Overdose Fatal?

It’s possible for a Xanax overdose to be fatal, particularly with very high doses. Similar to other depressants, Xanax can cause your breathing 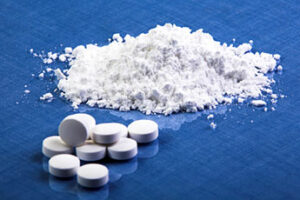 to slow, especially when you take high doses. This is called respiratory depression, and it could lead to oxygen deprivation, coma, or death if it’s left untreated.

Xanax may be dangerous to mix with other depressants, including alcohol, other benzodiazepines, and barbiturates. Taking these drugs together can cause something called potentiation, which is when similar drugs combine to create more intense effects. You could take relatively moderate doses of each drug, but when they combine, they could cause overdose symptoms.

Alcohol is commonly mixed with other drugs during recreational drug use. Whether you mix alcohol with Xanax intentionally or accidentally, it could lead to some potentially dangerous overdose symptoms.

Xanax is also dangerous to mix with opioids. Opioids aren’t depressants, but they can cause some similar effects, including respiratory depression. In some cases, opioids may be mixed into counterfeit Xanax pills. Fentanyl is a particularly dangerous opioid that’s often mixed into other illicit substances. If you are prescribed Xanax, it’s important to check with your doctor or pharmacist before mixing it with other substances.

How to Recognize a Xanax Overdose

Someone overdosing on Xanax may need emergency care, so it’s crucial to recognize the warning signs. Because Xanax is a depressant, it causes nervous system depression. Muscle weakness, sedation, and slurred speech are common symptoms. Mixing Xanax with other depressants or taking it in high doses can cause someone to lose consciousness. If someone can’t be woken up or slips in and out of consciousness, emergency care may be needed.

Common Xanax side effects can include:

Xanax overdoses are usually mild. However, if a person can’t be woken up, has trouble breathing, or has a seizure, they will need immediate medical treatment.

What to Do During an Overdose

If you encounter someone having a drug overdose, call 911 immediately. Be sure to stay by their side until the paramedics arrive. If their condition becomes worse, you may be able to help.

For example, if the person feels nauseous and can’t sit up, you can roll them onto their side. If they stay flat on their back or face down, they could choke on their own vomit, which can be fatal.

In rare cases, a Xanax overdose can cause seizures. To decrease the risk of serious injury, keep the person positioned away from objects that could hurt them. For example, if they’re lying down, don’t allow them to bury their face in a blanket or pillow, as it could suffocate them. When the seizure ends, they may be confused and disoriented. If they come out of the seizure before the ambulance arrives, keep them from moving around or leaving the area to prevent them from accidentally harming themselves or falling.

There are also a few things you should avoid when helping someone experiencing an overdose:

How Are Overdoses Treated?

A Xanax overdose requires immediate medical attention. If you call 911, they may treat you with oxygen on the way to the hospital, and you may be given other medications to help ease your symptoms. First responders may also administer activated charcoal to keep any harmful substances from being absorbed into your stomach and digestive system.

In severe cases, you may need to have your stomach pumped to remove any harmful substances that haven’t been absorbed yet. A medical professional may also administer a drug called flumazenil, which is a GABA receptor antagonist. This reverses the effects of the benzodiazepine drug on your body and brain. If your condition doesn’t improve from there, you may need to be tested for other drugs that have entered your system.