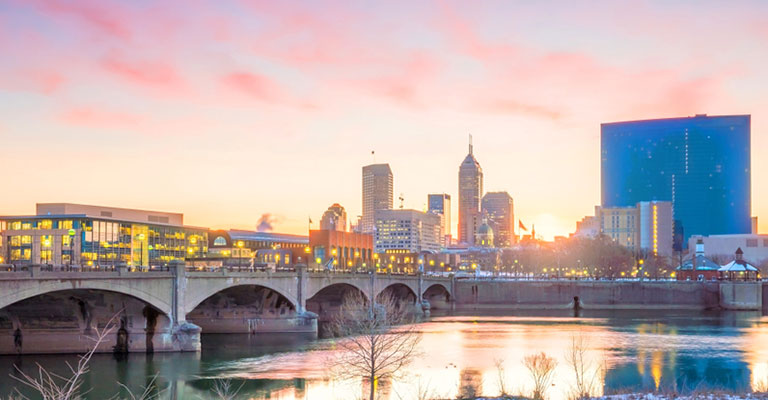 America has a long history of not being able to care for arrested people who are in active addiction. Court systems around the country would be backlogged with cases of people struggling with addiction who were arrested for one or more crimes. Jails and prisons would be full. Inmates addicted to opioids would be left to go through withdrawal alone with no treatment to ease grueling withdrawal symptoms.

A report the National Institute on Drug Abuse cites states that 85% of the U.S. prison population had a substance use disorder (SUD) or were incarcerated for a crime that involved drugs or drug use. To break this down: 65% had a SUD when incarcerated, and 20% were under the influence of drugs or alcohol at the time of imprisonment.

Along came some of the early “drug courts” where individuals struggling with addiction who committed crimes were sent. This early form of justice for people with a SUD was meant to place the individual in a jail program that treated addiction and mental health problems.

The first drug court established was in Miami-Dade County, Florida, in 1989 to respond to the growing crack cocaine problem in the city. Now, all 50 states and the District of Columbia have drug courts. There are now more than 3,700 such courts as of 2020.

Indianapolis, the state capital of Indiana, is located in Marion County. According to the National Drug Court Resource Center, there are several drug treatment courts covering a diverse range of the county population:

New to the county and recently opened is the Indiana Court Systems’ innovative program called Purposeful Incarceration (PI). The Indiana Department of Corrections collaborates with judges who can sentence offenders struggling with addiction to the PI program. The program documents the offender’s decision on considering a sentence modification if the offender successfully completes the Department of Corrections Therapeutic Community (TC). The TC’s goal is to get treatment for the addicted offender and work with all parties to support a reentry into society successfully.

How The Indianapolis PI Works

The Therapeutic Communities have beds for both male and female addicted offenders. Individuals receive intensive substance use treatment that lasts a minimum of eight months. The TCs core program may take some individuals a year to complete. Once completed, the individual is eligible for up to a six month credit time cut on their sentence.

In addition, there are two types of TC: general and Clean Lifestyle Is Freedom Forever (CLIFF). The general TC is for any offender with a significant abuse of any substance. CLIFF provides intensive treatment to offenders who have a serious impairment resulting from methamphetamine abuse. Many individuals in these programs are polysubstance users, meaning they abuse more than one substance.

Individuals in the programs earn privileges and responsibilities in the community as they progress in recovery. Cognitive behavioral therapies are strongly practiced as part of the intervention core program. Individuals who pass through the intensive treatment phase continue to participate in the TC. They work on developing relapse prevention issues and planning for their reentry society.

The Indianapolis Business Journal recently reported on the Department of Corrections’ program. In the article, it stated that as of 2016, close to 40% of the county jail inmates had been diagnosed with a mental illness, and up to 85% struggled with addiction.  Many of these individuals might not have been imprisoned if the newer TC programs had been instituted back then.

An op-ed from the Indianapolis Star noted that emergency departments saw an 80% rise in overdose deaths in 2020.

How Indianapolis Could Change The Justice System

County governments that establish substance use intervention programs, which follow strict continuum of care guidelines for addiction treatment, are sure to see results. Justice systems could lessen county court backlogged cases, reduce the overall inmate population, and collaborate with county and city resources to integrate these individuals back into society.

Studies the American Psychological Association conducted and reported found that a significant percentage of incarcerated individuals with addictions remained substance-free and arrest-free years after completing substance use treatment during and after incarceration.

Indianapolis’ substance use treatment programs for individuals who were arrested is a groundbreaking program that helps those struggling with addiction become productive members of their communities again. Indianapolis could change the way county justice systems across the country treat addicted offenders.

Incarcerating people with addiction alone never bodes well for the community or the individual. The “boot camps,” once a commonplace to send addicted offenders, did not work either. Intervention before jail can change a person’s life for the better.