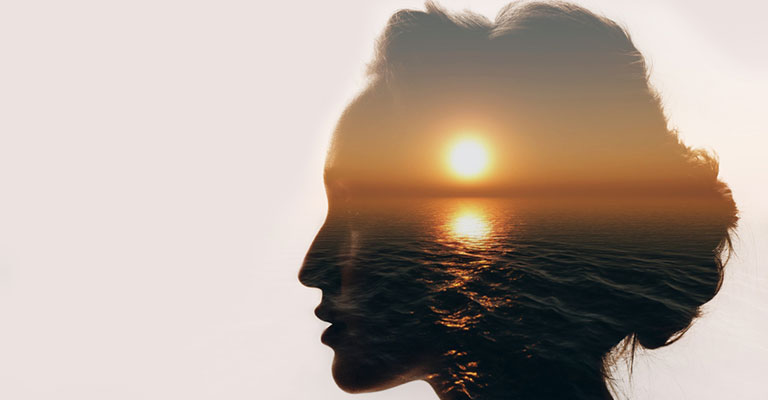 Scientists and researchers are increasingly taking a closer look at psychedelics’ potential in treating depressive disorders.

Depression affects an estimated 300 million people globally, and at least 16 million people in the United States, according to the Anxiety and Depression Association of America. So, psychedelics-based therapies that prove effective could be life-changing for so many people.

Developments in psychedelics in medicine could also have implications for people who harm themselves or have suicidal thoughts or tendencies. Depression is often a factor in those situations.

A recently published study showed promising results that may signal that people with major depressive disorder (MDD) may be able to add psychedelics to their treatment options for the condition.

In November 2020, JAMA Psychiatry reported that 24 participants with MDD who participated in a small study experienced promising results with a therapy using the hallucinogenic chemical psilocybin, also known as mushrooms, magic mushrooms, or “Shrooms,” among other names.

According to the study, they fared better with two doses of psilocybin than they did with their usual antidepressant medications. The participants also received psychotherapy along with the therapy.

NPR notes that the study follows earlier research that showed psilocybin also showed positive outcomes for people with life-threatening cancer who also had depression and anxiety.

Psilocybin is a hallucinogenic chemical obtained from certain kinds of mushrooms, which can be fresh and dried, as the U.S. Drug Enforcement Administration (DEA) says. They can be ingested orally or used as an additive to foods to mask the bitterness. They can also be brewed as a tea.

According to Drugs.com, hallucinogenic mushrooms can be found in Mexico, South America, and the southern and northwest regions of the United States, and more than 180 species of mushrooms contain psilocybin or psilocin, a metabolite of psilocybin.

The drug medical reference website says psilocybin is classified as an indole-alkylamine (tryptamine) and that the compounds are similar in structure to lysergic acid diethylamide (LSD). As with LSD, people use mushrooms to experience hallucinations and euphoria during a “trip.”

The reaction of the body’s central nervous system serotonin (5-HT) receptors to mushroom use explains why people experience hallucinations, the site says.

The Downsides Of Mushroom Use

Currently, despite the medical research that continues into mushrooms efficacy for depression treatment, the substance is classified in the U.S. as a Schedule I controlled substance, which means the government has determined there is a high potential for abuse and that it serves no legitimate medical purpose.

Recreational mushroom use can cause complications for users, especially if they are used excessively or in large amounts.

Mushrooms are not considered addictive, but they can cause extreme sensory distortions, such as hallucinations, panic, and anxiety. Some users can experience psychotic episodes.

“In some individuals, the changes in sensory perception and thought patterns can last for several days,” Medical News Today says.

The effects of mushroom use will vary according to their mental state, personality, and environment of the individual who uses them. The site cautions that mushroom users with mental health disorders have a higher risk of experiencing an unpleasant reaction.

Ketamine Use For Depression

Ketamine is another psychedelic drug that researchers are looking at to treat and manage depression.

A Harvard Health blog explains that there are two main types of ketamine that are used for treatment-resistant depression. Racemic ketamine, which is given as an infusion and can be administered via IV, and Spravato (esketamine), which is a nasal spray.

The spray is used in conjunction with an oral antidepressant, and it can only be administered through a certified doctor’s office or clinic. A patient taking Spravato must use it under the supervision of a medical professional, and they cannot take the spray home.

A study published in a November issue of the Journal of Affective Disorders examined the usefulness of ketamine administered in various ways—intravenously, intranasally, and orally—to treat treatment-resistant depression (TRD). It is among the first studies to look at three routes of delivery concurrently.

While ketamine-based treatments are under consideration for depression treatment, it, too, is a high-abuse risk drug. Ketamine is a dissociative anesthetic prescription medication that is used for sedation before surgery. It is called dissociative because it helps patients detach from the pain in their bodies. This feeling of detachment is also why recreational users seek it out.

When used as a club drug, ketamine is dissociative because it distorts the user’s perception of light and sound and can make the person feel detached from their body and their environment. These out-of-body experiences intensify when users interact with their surroundings. Users also can experience extreme anxiety, memory loss, or flashbacks of when they were on ketamine.

Moving Ahead With Psychedelics In Medicine

Despite the documented dangers of mushrooms and ketamine, there is still much to be explored about how their use can bring positive results for mental health treatment.

The study of therapeutic hallucinogen use in the U.S. is not new, as LSD’s effects got scientists’ attention in the 1940s. However, LSD’s recreational abuse and its subsequent ban in the 1960s led to research efforts falling off. Recent developments strongly suggest that the tide is turning on that.

A Wired article predicts that research of psychedelics in medicine will continue in 2021 and that support for their use to treat mental health disorders will grow.

In 2019, Johns Hopkins University opened a center for psychedelic research to help usher in a new era of therapies for various ailments and medical conditions, including substance addiction, Alzheimer’s disease, and post-traumatic stress disorder (PTSD).

A team of neuroscientists, experimental psychologists, clinicians who specialize in psychedelic science, and postdoctoral scientists will help oversee the center’s research.

“Our scientists have shown that psychedelics have real potential as medicine, and this new center will help us explore that potential,” said Paul B. Rothman, dean of the medical faculty at the Johns Hopkins University School of Medicine and CEO of Johns Hopkins Medicine, in a university-published article.

A center for psychedelic-enhanced psychotherapy, called Field Trip, also opened in Canada in 2020, Global News reports. Patients would receive treatment that combines ketamine microdoses with psychotherapy. The idea is to move away from depending on antidepressants, Field Trip medical director Dr. Michael Verbora told the publication.

“Traditional medicine is passive,” Verbora told the news publication. “‘You take this pill, this pill is going to fix you.’” Verbora explains that Field Trip’s approach encourages patients to explore an opportunity to heal on their own terms with ketamine therapy. He also said Field Trip would help patients with whatever they need.

A therapy session lasts two hours. During that time, patients receive a microdose of ketamine that is injected into their arm or leg while they relax and listen to noise-canceling headphones. Sessions run up to $400 each.

Also, recently in Canada, the country’s federal health agency Health Canada, granted exemptions to a group of doctors, nurses, social workers, and therapists that allows them to use the chemical to develop therapies. The exemptions would protect the medical professionals from being prosecuted under the country’s laws, the CBC reports.