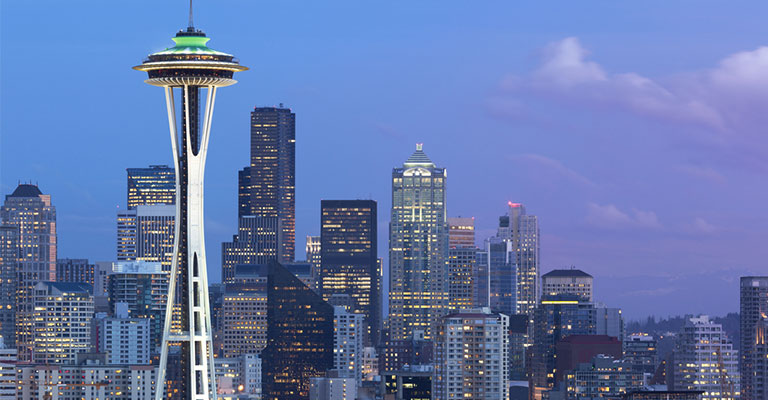 Seattle Next Ground: What’s Next?

What would it be like if people who commit misdemeanor crimes could avoid charges or lesser penalties if they show they are poor or suffer from substance addiction or a mental health disorder?

The Seattle City Council recently considered such proposed legislation that could make this scenario a reality if passed. This would mean judges will dismiss criminal charges against offenders who show struggle with addiction, mental illness, or poverty.

Councilmember Lisa Herbold proposed the measure in October 2020. If the measure passes, it means that up to 100 crimes that are now regarded as misdemeanors could be excused. This includes theft, trespassing, and shoplifting.

The movement to decriminalize drug offenses for certain drugs and drug-related activity is gaining momentum throughout the U.S.

According to The Seattle Times, Washington voters want to follow Oregon’s lead and decriminalize offenses concerning small amounts of drugs, including heroin, cocaine, and methamphetamine, some of the most addictive street drugs used today.

Voters in that state cast their ballots in favor of Oregon Measure 110 during the November 2020 election. The initiative, also called the Drug Addiction Treatment and Recovery Act, encourages a health-based approach to shift the focus from drug possession to getting treatment that can help people recover from substance addiction and other conditions they have, according to the Oregon Health Authority (OHA).

It explains that under the measure, “multiple criminal sentencing laws regulating the possession of controlled substances will change from felonies to violations, and offenders will be given the resources to treat their addictions and recover.”

Washington’s proposal, called the Treatment and Recovery Act, would end the practice of arresting and jailing people who had small amounts of street drugs on them.

The initiative’s supporters discourage treating personal substance abuse as a crime, an approach widely ushered in during the War on Drugs during President Nixon’s administration during the early 1970s.

Addiction and substance abuse are health problems that deserve proper treatment. They also argue that the state’s current policies of criminalizing drug use disproportionately affect people of color, including Blacks and Native Americans.

According to data from a preliminary report from the Task on Race and Criminal Justice’s on drug enforcement, Black people made up 67% of those arrested for the delivery of narcotics other than marijuana in Seattle, yet only 8% of the population is Black. Another report, titled Race and Drug Law Enforcement in Seattle, says the majority of users who use and deliver serious drugs in Seattle are white.

While data from both reports were reported in 2008, decriminalization supporters say not much has changed in Seattle over the years.

Supporters also say that sending people to jail or prison for personal drug use makes it more challenging for people to get the help they need.

They also underscore that people in these communities face barriers to treatment for substance use disorders and other resources that could help them live productively.

What The Treatment And Recovery Act Would Do

If the Treatment and Recovery Act passes, people facing minor drug possession charges, or caught with “personal use” amounts of drugs, would not be charged with criminal misdemeanors. The charge would count as civil infractions, which is the equivalent of receiving a traffic ticket.

The individual would also have to attend a mandatory service assessment within 72 hours of receiving the infraction. If they do attend, it would be waived.

Defining what “personal use” is will be left up to an advisory panel, according to The Seattle Times.

A person selling or making illicit substances would still be charged with existing penalties, which are stiffer than a civil infraction.

The Treatment and Recovery Act also would:

Decriminalization supporters initially wanted to place the Treatment and Recovery Act initiative on the ballot for Washington state voters to consider during the general election in 2020. Gathering signatures became a challenge amid the coronavirus pandemic, so they changed course, according to a report from Marijuana Moment.

The state’s 2021 legislative session could weigh the measure. If it passes, the new laws will take effect in 2023.

You can read the Treatment and Recovery Act here.

Is Decriminalization The Answer To Substance Use Disorders?

Well, we know what isn’t the answer, or rather, what isn’t working. Using incarceration as a strategy to discourage people from buying, selling, or using drugs hasn’t been as effective as Nixon and authorities thought it would be when the effort was launched in the 1970s.

Some sources, such as the Equal Justice Initiative (EJI), report that once the war was declared on drugs, incarceration rates in America’s jails and prisons ballooned from 300,000 to 2.3 million, and that half of the incarcerated population was behind bars for drug offenses. EJI also says 66 percent of people in prison for drug offenses were people of color.

It is widely documented that the United States has a large prison population, the largest in the world since 2002, says the Population Reference Bureau (PRB). According to the U.S. Department of Justice, an estimated 1.4 million people were inmates in state and federal prisons in the U.S. at the end of 2019.

The National Institute on Drug Abuse (NIDA) reports that “the substantial prison population in the United States is strongly connected to drug-related offenses.”

What is also interesting to note is that the rate of substance use disorders among the U.S. prison population is also high, so even if people do go to prison or jail for drug offenses, their chances of staying on drugs once they get in are still high. That is because many do not receive the treatment they need to help them address their substance use problems.

“While the exact rates of inmates with substance use disorders (SUDs) is difficult to measure, some research shows that an estimated 65% percent of the United States prison population has an active SUD,” NIDA writes.

The federal health agency encourages the practice of treating inmates for SUDs while they are incarcerated to give them a chance to improve their health and their lives, whether they are behind bars or have been released.

Treating inmates for substance abuse can also benefit society by reducing crime and lost job productivity. It also reduces the chances of inmates returning to jail or prison or dying from a drug overdose when they leave jail or prison.

We will have to stay tuned to see if Washington will follow suit and start to change the system regarding historically criminalized drug offenses. The city could be among the leaders working to change how poverty, mental health, and addiction and substance abuse are viewed and treated, which is a win for everyone.