How Heroin Affects the Body (Short and Long-Term)

Heroin is the second most easily accessed illicit drug after marijuana, and its use has led to a nationwide epidemic of overdose and addiction. Heroin is notoriously addictive; heavy doses and frequent use can lead to dependence and a severe substance use disorder. Heroin use can lead to a variety of problems that affect your health, social life, finances, and legal status. It has very few serious side effects when a pure version is used in an appropriate dose. Illicit heroin can lead to a variety of health consequences, some of them potentially fatal.

Learn more about the short and long term effects of heroin use and how the problems it creates can be treated.

The Short Term Effects of Heroin

Opioids are a class of psychoactive substances that are found in a variety of plants and animals, including humans. The endorphins in your brain are very similar to morphine, which is why there is a neurochemical parking spot for opioids in your brain in the form of opioid receptors. However, the isolated opioid alkaloids in the opium poppy and the synthetic opioids we have created are more powerful than your naturally occurring version. When you take an opioid for medication or as recreation, it can easily bind to your opioid receptors with potent results.

When an opioid enters the body, it binds to opioid receptors. There are several different types of opioid receptors in the brain and body, but opioid drugs commonly bind to mu opioid receptors (MOR), which are found all over the body. Opioids also interact with other opioid receptors, but drugs like morphine bind to and agonize MORs directly. Heroin converts into morphine in the body through metabolism and rapidly binds to receptors.

Opioids can bind to presynaptic and postsynaptic neurons, which means they attach to the nerve cells that both send and receive messages. These receptors are designed to block pain signals to mitigate pain response. Heroin’s pain-killing effects are so powerful that it creates a feeling of euphoria in users. This euphoria is described as a rush, as a feeling of love, or like a very warm hug. This is also called cognitive and physical euphoria, where your body feels extremely comfortable, and your mind is at ease.

However, heroin may also come with some other immediate side effects including:

After the immediate effects, you may still experience drowsiness, mental fog, slow heart rate, and slowed breathing for hours. In cases where large doses of heroin are taken, or when it’s mixed with other opioids or depressants, breathing can be slowed to a deadly degree, causing oxygen deprivation, brain damage, coma, and death.

Heroin can also cause chemical dependence, which is when prolonged use leads your brain to adapt to rely on heroin to maintain normal chemical functions. If you stop using once you become chemically dependent, you will experience uncomfortable withdrawal symptoms that are similar to the flu. Frequent or repeated opioid use can lead to constipation as the drug slows down your nervous system that would normally facilitate bowel movements. Untreated opioid-induced constipation can lead to bloating and digestive system problems.

The Long-Term Effects of Heroin

Long-term recurring heroin use can leave lasting changes in your brain. According to the National Institute on Drug Abuse (NIDA), heroin use can make long-lasting changes to the brain. They say, “Repeated heroin use changes the physical structure and physiology of the brain, creating long-term imbalances in neuronal and hormonal systems that are not easily reversed.” Other studies show that heroin can also damage your brain’s white matter, which can affect your cognitive ability, decision making, self-control, and your responses to stressful situations. Of course, tolerance and chemical dependence can have long-term consequences, especially if they lead to addiction. 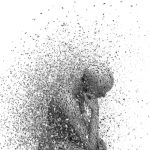 Addiction causes changes to your reward center that create powerful compulsions to use heroin, despite serious consequences. Heroin is notoriously addictive and can cause a chronic relapsing condition that affects multiple areas of your life. Chronic heroin use can lead to other indirect issues. Injecting illicit heroin use has shown to make you more likely to contract infectious diseases like HIV and hepatitis.

Intravenous use can also lead to a number of other problems including collapsed veins, bacterial infections, infected heart valves, abscesses, and soft tissue infections. Injecting heroin that is contaminated with other substances can block veins and lead to serious issues like deep vein thrombosis, heart attacks, or strokes.

Clogged arteries can also lead to the death of patches of tissue all over the body, even in vital organs. There is also a strong link between heroin addiction and violent crimes, including sexual abuse. Addiction can cause you to take increasingly risky actions, especially in an attempt to maintain your addiction. This can cause you to enter situations that put your well-being and your legal status at risk.

Using illicit heroin also increases your risk of experiencing a life-threatening overdose. Street heroin is unpredictable in both its strength and ingredients. Heroin is often cut with inert substances that can lower the potency of the drug. If you get used to a weakened supply and then encounter a purer batch, you might take a higher dose than you realize. Heroin may also be contaminated with other substances, or even other more powerful opioids like fentanyl. Many people take heroin that contains fentanyl without knowing it. They take their normal dose, not knowing that it’s incredibly high, causing an overdose.

Heroin addiction can affect more than just your health; it can spread to multiple aspects of your life. To effectively treat opioid use disorder, you may need to go through an addiction treatment program. Addiction treatment may start with medical detox if you have a high likelihood of experiencing uncomfortable withdrawal symptoms. Plus, other medical problems can be treated in detox, like diseases that need ongoing treatment and medication. Medical detox typically lasts for about a week before you can move on to the next level of care.

If you still have high-level medical or psychological needs that require 24-hour access to care, you may go through an inpatient treatment program. Inpatient and residential services are slightly less intensive than detox and involve 24-hour medically monitored or clinically managed treatment. Once you are able to live on your own, you can progress to an intensive outpatient treatment program (IOP).

IOP is the highest level of care in which you are able to live completely independently. It involves more than nine hours of clinical services each week. As you advance, you may move to outpatient services that include fewer than nine hours per week.

If you or someone you know is struggling with an opioid use disorder that’s related to heroin, there is help available to lead you out of active addiction. Learn more about addiction treatment by speaking to an addiction treatment specialist at Serenity at Summit. Hear about potential therapy and how heroin and related problems can be effectively treated. Addiction may be a chronic disease, but it’s one that can be treated and successfully managed. Call at any time to start taking your first steps on the road to recovery.