Is LSD Actually Addictive? How & Why?

LSD is not generally considered addictive.

Regular use can result in tolerance, however, and this can contribute to a cycle of abuse.

As drugs go, many people try the hallucinogen LSD (lysergic acid diethylamide) for somewhat noble reasons. Users want to go on a “trip” — a vision meant to help people learn about themselves and solve problems.

LSD is often taken for social and even spiritual occasions. However, its effects can be unpredictable. They can vary widely depending on the person who is taking it, their mood, and the environment around them.

People who are not in a good mood are likely to have a bad trip, which can prevent them from trying LSD again.

Addiction to hallucinogens of any kind is rare but not impossible.

Normally, LSD is a crystal-like substance. It is usually mixed into sugar cubes, diluted in a liquid, or put on blotting paper. Street nicknames it is called are Lucy, tabs, trips, acid, dots, or microdots.

As stated by the Alcohol and Drug Foundation, LSD is derived from a substance found in fungus that infects the rye grain. It is a part of the hallucinogenic (psychedelic) drug family.

A small dose of LSD is strong enough to cause changes in the perception of time. Larger doses are known to cause “trips,” or hallucinations that can last anywhere from eight to 12 hours.

LSD’s Effects Can Include The Following:

People who use LSD to go on a trip should be supervised. They might become confused by some of their changes in perception and get into an accident or injure themselves.

The Alcohol and Drug Foundation mentions that no levels of LSD use are considered safe. Its use can cause both good and bad experiences.

LSD has the potential to influence how people think, in good and bad ways. People who have a positive experience may feel like they have gained new awareness about themselves, a life situation, or the world at large. Its effects are hard to predict, and many who experiment with LSD are willing to risk a bad trip.

Having a positive experience can make an LSD user believe they have a good personality and that some users have a bad trip because they are not good people. Having a good trip does not guarantee pleasant experiences with LSD in the future.

Users of LSD who have a negative experience may feel its consequences long after trying the drug. Some people may be plagued by feelings of depression, world-shattering changes to what they thought about themselves, or feelings of disappointed that they could not handle LSD.

LSD users who are having a bad trip should be closely monitored. A bad trip could trigger self-injury and suicidal thoughts that necessitate calling 911 or obtaining professional help to ensure their safety. 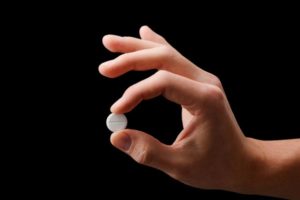 As mentioned by the National Institute on Drug Abuse, LSD is not considered addictive. However, it causes tolerance quickly. A person may take a dangerous amount of the drug so they can achieve similar effects.

More data is needed to learn about LSD’s potential for abuse.

Only 0.01 percent of adults are known to misuse hallucinogens. Teenagers are more likely to abuse LSD than adults.

Psychology Today mentions that both physical and psychological addiction play a part in drug misuse. LSD is often thought of as a safe drug to use because it is not associated with withdrawal syndrome like alcohol and opioids are.

Any drug can have subtle effects on the brain over time. Repeated LSD use can result in damage to the brain.

LSD Withdrawal and Known Side Effects

Data is still needed to fully establish whether LSD causes withdrawal symptoms. NIDA also explains that although LSD is a commonly used drug, its effects when taken with alcohol are not yet known.

Even if a person takes LSD more than once, hallucinogens may cause a few reactions a person did not expect. The following are some known effects after short-term use:

The effects of LSD might not wear off completely even after a trip is finished. The Alcohol and Drug Foundation mentions that a comedown can impact a person for a few days. A person may experience:

In extreme cases, a person can experience flashbacks. These are hallucinations that occur days, weeks or even years after LSD was ingested. They can cause anxiety if they cause fear or if they are otherwise negative. Psychosis — a loss of contact with reality — is another rare but documented reaction to taking LSD.

A negative trip could cause legal problems for a person who is not in a supportive environment, as others may call the police because they do not understand what is happening.

A 2015 report from the National Institute on Drug Abuse explains that 229,000 Americans who were at least 12 years old reported having used LSD in the past month.

Rates of LSD use in the United States are not very high, but they are high enough to put the U.S. in the list of the top 36 countries that consume hallucinogens. These rates include the use of LSD and other hallucinogens.

NIDA mentions that no medications have been approved to treat people who misuse of LSD or other hallucinogens. LSD does not cause people to seek it out on a regular basis, unlike many other commonly abused drugs.

Despite this, LSD does cause tolerance very quickly, and this can encourage escalating use.

People who feel they are misusing LSD should seek treatment or discuss their options with a doctor. Therapy is the basis of treatment for any substance abuse issue, and those struggling with repeated LSD use can benefit from therapy as well.

Ultimately, there is no definitive answer to the addictive potential of LSD. While it doesn’t cause severe physical dependence or associated withdrawal syndrome, its effects may encourage repeated use if the trip is positive.

No use of LSD is considered safe.