In the United States, drug and alcohol addiction pose a serious threat to public health, with opioids and other drugs killing thousands of people each year. The opioid epidemic has spread across the United States, affecting people from every background and social status. However, some states have been hit harder than others because of various factors.

New Jersey is one of the states that has been significantly affected by the wave of addiction and overdose deaths that have come with the opioid crisis. In 2016, 1,409 overdose deaths in New Jersey involved opioids. In the state, addiction has increased other issues, including HIV and neonatal abstinence syndrome (babies born with chemical dependency to addicted mothers).

Each year, the epidemic claims more lives than the last, and within the past few years, the overdose death rates have seen a sharp rise, partially due to the influx of fentanyl, a powerful opioid that’s often mixed into illicit heroin. Addiction may start when someone decides to take illicit drugs, but it can also start when someone abuses prescriptions drugs. According to the National Institute on Drug Abuse (NIDA), nearly 80 percent of people who seek treatment for heroin addiction reported started with prescription opioids.

Only a very small percentage of people who use prescription opioids as directed develop opioid use disorders. However, it is possible to become addicted to them after standard prescribed use of the drug. Still, substance use disorders can often follow a period of drug abuse. People who become addicted to opioids often start with prescription drugs they get from their friends or family. After a period of misuse, they may try to get opioids from different doctors and pharmacies. After a while, prescriptions become too difficult or expensive to obtain, so they turn to heroin, which is cheaper.

The former governor of New Jersey, Chris Christie was an advocate for reform in the way addiction was treated and addressed in the state and pioneered a new program with the goal to combat the opioid epidemic. In January 2012, the state launched the New Jersey Prescription Monitoring Program (NJPMP) to gain more insight into the use and misuse of prescription drugs. Learn more about this initiative and how it has been used to fight addiction to opioids and other drugs.

What Is the New Jersey Prescription Monitoring Program? 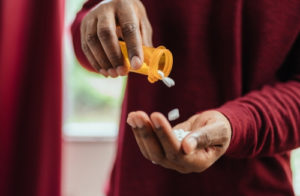 The New Jersey Prescription Monitoring Program is a statewide database that collects data about the prescription of potentially harmful drugs like opioids and amphetamines. The NJPMP specifically tracks these prescriptions that are dispensed in outpatient settings as opposed to prescriptions used in hospital settings under 24-hour medical care and monitoring.

This database allows board-licensed prescribers and pharmacists to register and access it, providing health care providers with more robust patient histories when it comes to prescribing. Registered prescribers can also delegate access to the database to “certain other health care professionals,” according to the New Jersey Division of Consumer Affairs. However, the NJPMP complies with HIPAA laws and information is kept strictly confidential.

Many people think that prescriptions opioids are significantly safer than other illegal drugs. In terms of possible contaminants that may come with illicit drugs, this may be true. But in terms of the addiction risk, it’s a dangerous assumption. According to the U.S. Drug Enforcement Administration, 30 percent of teens reported that they believed prescription painkillers weren’t addictive at all.

The NJPMP is designed to monitor for potential red flags, give medical practitioners accurate drug histories for their patients, and to crack down on “pill mills,” which are medical facilities that illegally collude with people or organizations that dispense controlled substances. The database also can provide a metric for the overall health of the state when it comes to the opioid crisis and drug abuse.

The NJPMP offers several solutions that help to cut down on the abuse of prescription drugs. It also gives doctors and pharmacists more information to help better treat patients that might be struggling with a substance use disorder.

When a health care professional is presented with a patient who is seeking medication that falls into the controlled dangerous substance category, the practitioner can access the NJPMP to check the patient’s history with such substances. If their prescription use seems appropriate to their needs, practitioners may prescribe or dispense the drug as needed. Typically, doctors rely on information from referring doctors and reporting from the patient to ensure the quality of their continuum of care. However, patients may leave out information they think is irrelevant or forget to report a history with certain medications.

For instance, a patient may be taking oxycodone for recent dental surgery. Then their general doctor refers them to a specialist who treats insomnia and anxiety and wants to give the patient benzodiazepines, which can be dangerous when taken with opioids. The psychiatrist will have the patient inform them of any prescriptions they are taking, but if the patient forgets or leaves out their oxycodone prescription, they may risk an overdose.

Of course, thorough doctors will make sure the patient understands the risks of medications and mixing drugs, but mistakes may happen.  A prescription monitoring program can tell the prescribing psychiatrist that the patient is taking an opioid before they write the prescription.

The NJPMP can also help to identify a drug-seeking practice called “doctor shopping,” which is when a person goes to several doctors seeking drugs. With no monitoring system, it can be difficult to spot patterns of drug-seeking across different clinics and medical facilities, especially if the patient doesn’t provide an accurate drug history. The prescription monitoring program can allow doctors and prescribers to notice when a patient has been prescribed medications from multiple locations. 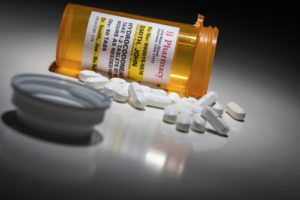 The NJPMP may stem the flow of prescription opioids that are being given out to patients, but it doesn’t stop the flow of illicit opioids. Millions of prescriptions are written every year for opioids, but countless doses are also making their way into the country and to users through illicit routes.

According to the U.S. Drug Enforcement Administration, transnational criminal organizations and the illegal drug trade are significant sources of the dangerous opioids in the U.S. The NJPMP may limit accessibility to prescription opioids, and people with opioid use disorders may turn to illicit sources like heroin. However, if the NJPMP and prescription monitoring programs in other states are accompanied by increased education and access to treatment, it may be able to connect more people with the help they need.

The NJPMP is also only as good as its reporting. It relies on the reports from prescribers and pharmacists and it may be ineffective where reporting is inaccurate. In some cases, human error can create inaccurate reports, but it may also fail to identify pill mills if those clandestine clinics report incorrect prescribing numbers.

Seeking Help For Substance Use Disorders

If you or someone you know is struggling with a substance use disorder that’s related to opioids or any other addictive drug, there’s help available. To learn more about addiction treatment and how it can help lead you to lasting recovery, speak to an addiction treatment specialist at Serenity at Summit. Call 844-432-0416 to hear about the therapy options that can help to address your substance use and the issues that surround it. Freedom from active addiction may just be a call away. You can also reach us online.