Elizabeth, New Jersey, is the county seat of Union County, a populous region in the northeastern United States. In the last ten years, the rate of opioid addiction and overdose deaths has increased dramatically. Northeastern states like New Jersey have been hit particularly hard by the opioid crisis. Prescription opioids and illicit drugs like heroin have contributed to thousands of opioid use disorders each year. In the past few years, there has been a major spike in overdose deaths, largely due to the powerful synthetic opioid fentanyl.

Each year, there are thousands of drug overdose deaths in New Jersey alone. In 2018, there were 2,900 fatal overdose cases, with 2,583 of them involving opioids. Opioid addiction can start with prescription opioid misuse, which has shown to be connected to later heroin use. Opioid overdose rates have spiked in the last few years due to an influx of fentanyl, a powerful opioid that can be deadly in doses as small as two milligrams. Fentanyl is mixed into other drugs like heroin, and people take the drug, not knowing that the synthetic opioid is present. Fentanyl increases the potency of whatever it’s in, which can lead to a fatal overdose.

Opioid addiction can have a serious impact on a community like Elizabeth, NJ. It can lead to increased healthcare burdens, homelessness, and increased crime rates. Access to opioid addiction treatment can help address public health issues related to opioids.

The prevalence of opioids in New Jersey may contribute to high rates of overdose and addiction. Heroin is the most common opioid of abuse in the state. According to the U.S. Drug Enforcement Administration’s New Jersey field division, the state had a high availability of heroin in 2018. They also reported a moderate availability of fentanyl, which rose in prevalence since the year before. According to New Jersey’s Department of Human Services, 42 percent of Union County residents admitted to treatment cited heroin as their primary drug of choice. 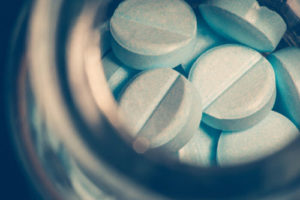 Opioid addiction is a chronic disease that’s officially diagnosed as an opioid use disorder. Opioids can be extremely addictive, and active opioid addiction often requires treatment to achieve sobriety. Opioid treatment often begins with detox. Detox is the primary level of care in addiction treatment, and it involves help from medical and clinical professionals with the goal of getting you through your withdrawal phase. Withdrawal is the process where your body balances brain chemistry without the drug that it’s gotten used to. For opioids, this can be a painful and unpleasant process that mimics the flu, with nausea, vomiting, and sweating. Though opioid withdrawal isn’t usually life-threatening, it can be dangerous for some people.

Opioid treatment also involves other levels of inpatient and outpatient care. As you advance in treatment, your treatment plan will become less intensive, and you’ll have more independent time each week. Treatment can involve a range of therapies, depending on your needs.