Addiction Statistics and Treatment in Trenton

Drug abuse trends in New Jersey are similar to current trends of drug misuse across the United States.

Individuals in New Jersey struggle with the misuse of alcohol, prescription medications, illicit opioids, and other illegal drugs. One of the most significant drug-related concerns in New Jersey at the moment is the ever-increasing opioid epidemic.

Synthetic opioids also continue to cause significant health problems in New Jersey. There were 35 fatal overdoses in 2010 compared to 689 in 2016.

In addition to the concerning rates of opioid abuse in New Jersey, public health officials share worry about the state’s prevalence of disease related to injection drug use. In 2014, the state saw a rate of 475 cases of HIV per 100,000 people compared to the national average of 299.5 cases per 100,000 people.

Likewise, diagnoses of hepatitis C due to injection drug use in New Jersey are concerning. In 2015, an estimated 160,000 people were living with hepatitis C compared to 3.5 million people across the country.

Similar to New Jersey and the rest of the country, Trenton struggles with a pattern of drug use, abuse, and related health concerns.

Trenton, which belongs to Mercer County, shows a slightly lower than average rate of drug use when compared to the rest of the state. It has much fewer admissions to substance abuse treatment programs every year than other counties, such as Essex, Middlesex, and Ocean, but more residents seek treatment in Mercer than in Sussex, Warren, Hunterdon, and Salem.

In Mercer County, the most common primary drugs of abuse and how commonly they are abused include:

Out of the 13 cities that belong to Mercer County, Trenton had the highest rates of substance misuse and subsequent addiction treatment admissions in 2017.

The Drugs That Most Residents of Trenton Sought Treatment for Include:

Out of the 2,991 total admissions of Mercer County residents to substance abuse treatment programs in 2017, 1,607 admissions were residents of Trenton.

Socioeconomic status, education levels, and affordable access to health care all impact the high rates of substance abuse in Trenton. Despite community efforts to increase access to treatment services for at-risk populations, drug use remains a public health concern.

How Does Drug Use in Trenton Compare to the Rest of the Country?

The rates of alcohol, opiate, and marijuana use in Trenton are reflective of drug use across the country, though some differences are present.

According to the 2017 National Survey on Drug Use and Health, marijuana was the most widely used illicit drug in the U.S. among people aged 12 and older, followed by prescription pain relievers, cocaine, prescription stimulants, and tranquilizers, hallucinogens, methamphetamine, inhalants, heroin, and finally prescription sedatives. 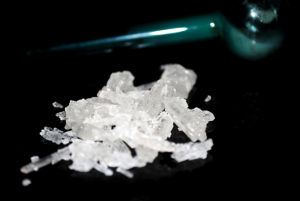 Unlike in Trenton, relatively few people across the country use heroin recreationally. Substance abuse professionals and researchers in Trenton associate the high rates of heroin use there with the accessibility and affordability of heroin.

Heroin in New Jersey is much cheaper than in other parts of the country. Most users report that it is a clean product, meaning it is not laced with other illicit and dangerous substances.

While the misuse of prescription medications remains a significant problem across the U.S., illicit drug use is of greater concern in the Trenton area. Although many people assume prescription drugs are safer because they are coming from a regulated manufacturer, many people cannot afford their high cost and turn to far cheaper, illicitly produced drugs instead.

The Community’s Response to Drug Use

The Trenton community is working hard to combat the increasing rates of drug use and associated health concerns. Many local organizations have formed in response to the need for affordable and accessible addiction treatment services.

The Mercer County Office on Addiction Services, for example, was formed in the late 1970s to promote and oversee addiction treatment services throughout the county.

Programs like the ones listed above are aimed at helping at-risk populations, as well as special populations, that may not access treatment services otherwise. A continuum of services is offered throughout the county, so intervention is possible at every stage of substance abuse.

The goal of the Mercer County Office on Addiction Services is to provide treatment resources and services to all residents of the Mercer community who are affected by alcohol and drug abuse.

A Few Of the Agencies Available In the Trenton Area Include:

Depending on your level of need, there are outpatient, intensive outpatient, detoxification, residential, and partial care addiction treatment programs available in the Trenton area. Whether you are looking for help for yourself or a loved one in New Jersey, many organizations are waiting for you to take advantage of their services and help reverse the trends of drug use in Trenton.