Darvocet is a synthetic opioid that was created to treat mild-to-moderate pain. The chemical structure of Darvocet resembles that of methadone, making it inherently uncomfortable during the withdrawal period. The drug caused harmful effects for those who used it even as prescribed. It was prescribed to millions of people for many years.

After the drug ran its course and heard its fair share of opposition over the years, the U.S. Food and Drug Administration (FDA) listened to the outcry from the medical community and eventually banned Darvocet. The decision was met with acceptance by the community that fought so hard to remove it.

Despite all the years and research used to debunk its authenticity as a painkiller, it wasn’t until 2010 that Darvocet was taken off the market to curb the damage it was causing. By this point, the FDA had enough evidence to remove Darvocet. It proved to cause more pain that it was healing. Medical professionals have countless times demonstrated their opposition and made comments such as Darvocet only offering placebo benefits with opioid dangers. It was one of the breaking points for the outright ban.

Doctors no longer prescribe Darvocet, but the drug is still available on the black market and is still popular in some communities. The online black market offers the drug for as little as $2 per pill. Unfortunately, despite its removal from the medical community, that never means it will disappear into the darkness without a fight. There is still a demand for the drug, meaning someone will capitalize on the market.

Though Darvocet is much weaker when compared to other opioids like Norco or OxyContin, if someone were to overdose, they could be dead in less than an hour. Since the drug falls into the opioid category, despite its strength, it can still cause extreme withdrawal symptoms that cause users to get very sick. When it is compared to more potent opioids like heroin or fentanyl the side effects are less intense; however, it still requires treatment to battle Darvocet withdrawal head on and win the battle.

What Are the Darvocet Withdrawal Symptoms?

If you or someone you know has become addicted to Darvocet, or other opioids, you are likely to experience withdrawal symptoms when attempting to abstain from the substance. While the drug is less potent than other opioids, the symptoms are expected to increase in intensity if you try to stop using the drug cold turkey, a method that medical professionals strongly discourage.

Overdose is also a possibility when choosing to detox on your own. Your intolerance for the drug’s effects increase as your tolerance for the effects decreases. It’s never a good idea to detox and go through withdrawal at home.

The most efficient means of stopping Darvocet use is to be placed on a tapering schedule under the supervision of medical professionals.

The most common Darvocet withdrawal symptoms include:

Strong drug cravings are often present with symptoms of withdrawal, and when these are added to the array of other uncomfortable symptoms, it can be next to impossible to forgo this process alone.

Darvocet, while boasting dangerous characteristics, is not as deadly as barbiturate or benzodiazepine withdrawal, but it is still a challenge to overcome. Opioid withdrawal is tough to beat on your own, and those who attempt this solo are more than likely to relapse. Medical detox is the safest avenue to take when trying to leave active Darvocet addiction.

What Are the Stages of Darvocet Withdrawal Timeline?

It’s imperative to understand that the differences we all share as individuals contribute to the timeline. We must realize that the differences will cause a shift in how long the process will last or the severity of the symptoms and that the information listed below is a general timeline. It may take one person a few days to get through detox, whereas someone else could take a week.

Factors that help determine this that include:

The timeline shares similarities to what you’d expect from other opioids like hydrocodone or oxycodone. The following is a general Darvocet withdrawal timeline:

It is more common in those with a severe Darvocet addiction to experience post-acute withdrawal symptoms (PAWS), and they should speak to a medal professional to determine their best course of action if they are dealing with PAWS. 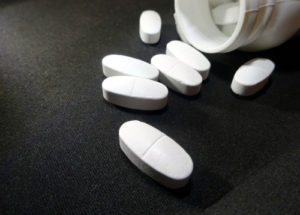 In short, yes, medical detoxification is strongly recommended by addiction specialists and medical doctors. If you are serious about your sobriety and want to achieve long-term abstinence from Darvocet, you must commit yourself to a detox program. Abruptly stopping Darvocet may not be dangerous, but it can increase the intensity of the withdrawal and comedown.

If you begin to experience these terrible drug cravings, it is often difficult to resist the urges to start using Darvocet. If you give in to these urges, you will have to start the process all over again if you decide you want to stop again. It is better to do this the right way once than to try and do it alone several times and put your mind, body, and soul under so much stress. During your time in medical detoxification, caring and experienced clinicians will help transition you off Darvocet.

The treatment program could offer medications that alleviate some of the symptoms that you may face. It will be determined on a case-by-case basis if certain medications will adequately treat your symptoms. The emotional aspect of withdrawal is another reason going through this alone can be dangerous. It is necessary to have someone by your side and deliver you to the other side successfully.

Some may believe that once the drugs have wholly exited their body that they are healed. That assumption is incorrect, and those struggling with long-term addictions require extensive care to help overcome their battle. The National Institute on Drug abuse (NIDA) strongly advises clients to remain in treatment for a determined amount of time to achieve a meaningful recovery.

It could mean placing you in a residential treatment center or outpatient treatment depending on the severity of your addiction. Addiction treatment must offer a combination of therapies that support your current requirements. You must also be involved in some addiction support group long-term that helps you continue to focus on your goals long after treatment has ended.