Every day, more than 130 people in the United States die after they overdose on opioid drugs. The misuse of opiates, which includes prescription pain relievers, heroin, and synthetic opioids such as fentanyl, has become a serious national crisis affecting public health. The current opioid crisis is unlike anything the United States has ever seen, and the emergence of fentanyl in the black market has contributed to the numbers in ways that statisticians couldn’t have predicted.

In 2016, fentanyl was the drug that claimed the life of the music legend Prince, and it has primarily contributed to the next wave of America’s opioid crisis.

Fentanyl, which is also known as Actiq, Duragesic, or Sublimaze in its prescription form, is a powerful painkiller concocted in the 1960s to treat pain that was resistant to opioid treatment. Those with extreme chronic pain that cannot find relief with other opioids like OxyContin or morphine were prescribed fentanyl to treat the symptoms of their disorders. It was a feasible solution to those struggling to fulfill their daily tasks and even gave those who could not participate in daily activities a chance to participate in life.

Unfortunately, due to the strength of fentanyl, it can cause withdrawal symptoms and powerful drug cravings that are difficult to get through without help. If you are struggling with an addiction to fentanyl, it’s imperative that you familiarize yourself with the symptoms of withdrawal.

What Are the Fentanyl Withdrawal Symptoms?

Fentanyl falls under a class of drugs known as opioids, which cover a wide range of substances from oxycodone to heroin. The amount and length of use will several affect the withdrawal experience. Fentanyl withdrawal symptoms will come in two phases. The initial phase of withdrawal is similar to the common cold, whereas the second stage is similar to flu-like symptoms.

While physical symptoms are imminent, opioid withdrawal can also include emotional and psychological symptoms. Anxiety and agitation can accompany the first phase with depression following in the second phase. In some cases, depression can cause thoughts of suicide. In any situation where suicidal thoughts develop, it is imperative to seek help from a doctor or an addiction specialist.

The second phase is where symptoms will begin to peak and become more uncomfortable. These symptoms include:

As with other drugs, strong cravings are the most prevalent symptom of withdrawal. When this occurs in conjunction with the other uncomfortable symptoms, it makes it increasingly difficult to accomplish sobriety on your own.

While fentanyl does not possess dangerous withdrawal symptoms that are common in alcohol or benzodiazepines, it is difficult to get through it on your own. Fentanyl withdrawal is hard to withstand, and it is common to relapse when it is attempted without the help of medical professionals.

You may think it’s easier to detox from fentanyl at home. However, you are particularly vulnerable to overdosing as your sensitivity will go up, and your tolerance for the drug will go down. Medical detoxification is the safest and most efficient option when trying to overcome fentanyl addiction.

What Are the Stages of the Fentanyl Withdrawal Timeline?

The fentanyl withdrawal symptoms that you will experience is dependent on the level of chemical dependency. The symptoms can vary from moderate to severe based on the length of time the drug has been abused, how much you’ve been using, and the dosage you are tolerant to or used to taking. The size of the last dose can also play a role. Those who take fentanyl, however, typically have a higher tolerance to opioid drugs than others based on its sheer strength.

The most common symptom of fentanyl withdrawal is a severe craving for the drug. The irresistible cravings for fentanyl can lead to drug-seeking behavior or seeking alternative opioids like heroin. It will not matter what drug as long as it soothes the cravings you are experiencing.

Drug cravings will also come with other withdrawal symptoms that begin mildly and increase over time. Short-acting opioids like fentanyl can start causing early symptoms in as little as six to 12 hours after your last dose, and this means that users re-dose themselves more often than other opioids.

The cold-like symptoms in the initial phase of withdrawal will come first and last a few days. Around 72 hours, the symptoms will peak and feel like the flu. Once the 72-hour mark has passed, the severity of withdrawal symptoms begins to decrease. While most symptoms will be gone after a week, fatigue, depression, anxiety, and insomnia may continue to be present for as long as a month or more. If these symptoms persist longer than a month, you must talk to your doctor or detox clinician immediately. 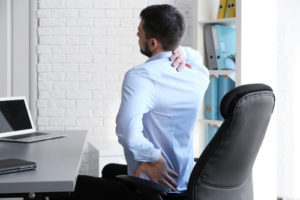 Quitting fentanyl cold turkey, or suddenly, may seem like a cost-effective solution that has you avoid proper treatment, but fentanyl withdrawal can have extreme effects on your body. Stopping a potent drug like fentanyl all at once can be risky when you have been using it for a period. The higher your tolerance, the most intense the comedown will be. If you experience severe symptoms and overwhelming drug cravings, you may not be able to resist the urge to use again. Without the security of treatment, you are likely to relapse and have to start the process over again. While fentanyl withdrawal is not necessarily deadly, dehydration is present, which can lead to medical complications. If you experience diarrhea, vomiting, confusion, or extreme fatigue, it can lead to a dangerous situation.

Dehydration comes with its own set of symptoms that require medical care.

During your time in medical detox, licensed professionals and experienced clinicians will wean you off fentanyl safely and comfortably. A detox program can ease symptoms with anti-anxiety medications and other medications that alleviate the worst withdrawals. Forgoing this process alone increases the dangers and exacerbate psychological symptoms. Your best option is to have help.

Detox will also hold you accountable for your commitment to stop your addiction. Detoxing alone can lead to using when the symptoms become overwhelming. In cases of fentanyl use, it is likely that they will become too much to handle alone. Caring, professional staff at a reputable drug rehabilitation facility will keep you on track throughout the detox process.

What Is the Next Step in Fentanyl Addiction Treatment?

While detox is the first step in the continuum of care, it is not the final step. Staying in addiction treatment long enough is crucial to a successful recovery. Those who finish detox will have successfully removed all toxins from their bodies, but they will not have learned the tools to help themselves maintain long-term sobriety. A minimum of three months of treatment (90 days) is recommended to facilitate lasting recovery. It’s important to be committed to completing all stages of treatment.

The continuum of treatment refers to addiction recovery that begins with a detox that is then followed by residential or intensive outpatient treatment and then slows down its level of intensity. In addiction treatment, the program must offer a variety of therapies that are tailored to your specific needs.

The ideal treatment will offer addiction support long-term. The continual commitment will be the most beneficial way to ensure lifelong sobriety.