Tramadol is a narcotic opioid used to treat moderate to severe pain, according to the U.S. Food and Drug Administration. It impacts levels of serotonin and norepinephrine in the brain.

When a medication triggers the release of serotonin in the brain or prevents the reabsorption of serotonin into the cells, the neurotransmitter can build up and cause excess serotonergic activity, leading to a condition known as serotonin syndrome.

How Does Tramadol Cause Serotonin Syndrome? 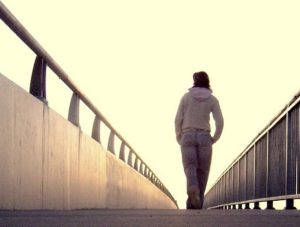 Tramadol is a pain reliever that works by altering the way the brain and nervous system react to pain. In addition to being a mu-opioid receptor, tramadol inhibits the reuptake of serotonin and norepinephrine in the brain.

Tramadol increases the concentration of serotonin in the synapses between the serotonergic neurons found in the brain stem. This extra serotonin causes some of the positive effects of the medication, such as pain relief.

If too much serotonin builds up in the synapses between the brain cells, this can lead to serotonin toxicity, also known as serotonin syndrome.

Using tramadol alone could result in serotonin syndrome, particularly if a person takes too much of the medication or takes more than they are prescribed.

Serotonin syndrome is often associated with the use of antidepressants that act on serotonin in the brain (SSRIs), and it can be triggered by a dose increase or the addition of another medication that also works on serotonin levels.

It can also occur from overdosing on a prescription medication that floods the brain with serotonin.

An article from Evidence-Based Medicine Consult explains that tramadol can increase the risk for serotonin syndrome in those who are on antidepressants. Chronic pain and depression are common co-occurring disorders, and tramadol may often be used along with a selective serotonin reuptake inhibitor (SSRI) antidepressant.

When tramadol is combined with an SSRI that has the same effect on serotonin, the result can be serotonin syndrome.

Tramadol has also been identified to be risky when used with mirtazapine and olanzapine.

How Is Serotonin Syndrome Identified?

Serotonin syndrome is characterized by changes in mental status and excessive activity in the neuromuscular and autonomic systems. This happens when a disproportionate amount of serotonin floods the central nervous system, which includes the brain.

Symptoms usually begin within 24 hours of a change in dosage of a serotonergic drug, the addition of another serotonergic medication to a drug regimen, or an overdose of any of those drugs, according to a description of the condition published in the Ochsner Journal.

Symptoms of serotonin syndrome include the following:

In mild cases, symptoms of serotonin syndrome will fade 24 to 72 hours after stopping the problematic medication. More severe cases triggered by long-term use of serotonergic drugs, such as tramadol and SSRIs, could take several weeks to disappear completely.

If any of the above symptoms occur after increasing a dose of tramadol or after adding tramadol to an existing SSRI regimen, it could be a sign of serotonin syndrome. Seek out a medical evaluation.

Serotonin syndrome is treated based on the severity of the presenting symptoms.

Stopping the problematic medication is the first step in treating the condition. A doctor may discontinue tramadol and substitute a different pain medication for controlling any symptoms.

Mayo Clinic identified some medications that can be used to treat symptoms in severe cases of serotonin syndrome.

Drink water to restore hydration. Avoid strenuous activity that could elevate your heart rate or cause a rise in body temperature. Rest and avoid overstimulation.

An article from the American Journal of Medicine notes that serotonin syndrome can be effectively treated with benzodiazepines medications and by discontinuing tramadol and other contributing drugs. Cyproheptadine, an antihistamine, may also be used in moderate to severe cases of the condition.

The combination of rest and appropriate medications should help to resolve the most severe symptoms in the first 24 to 72 hours. In more severe cases, when there has been prolonged use of serotonergic drugs, symptoms could take up to six weeks to resolve.

Serotonin syndrome can be reversed. While most people fully recover from the symptoms, the condition can be life-threatening if severe.

Most people can be treated on an outpatient basis and will see symptoms resolve in one to three days. Some people may require hospitalization if their symptoms are life-threatening, such as respiratory distress or extreme dehydration.

If serotonin syndrome is determined to be associated with tramadol use, stop taking tramadol and seek advice about your medication regimen. There may be other options to treat pain, or your doctor may want to take you off all SSRIs until the symptoms resolve.

Seek evaluation from your doctor as soon as you suspect that serotonin syndrome may be responsible for your symptoms.

How to Avoid Tramadol-Induced Serotonin Syndrome

The risk for tramadol-induced serotonin syndrome increases when larger doses are taken and when it is taken with other SSRI drugs.

Medications that affect serotonin levels in the brain are sometimes necessary to treat pain and depression, but they have an impact on the brain’s natural chemistry. Take these medications with caution.