Opiates vs. Opioids: What’s the Difference?

When reading about drugs like heroin, and fentanyl, or prescription drugs, you may read the term opioid or opiate. We understand that these may be confusing since they are used frequently, and in some cases, incorrectly. You may wonder why there are two different terms to describe the same drug, which are essentially all the same.

Any substance that is classified under opioid and opiate is a chemical compound, and it interacts with distinct receptors in our body. These drugs produce effects, which include pain relief, cough relief, dulled sense, constipation, slowed respiration, and heart rate, as well as euphoria. So what is the difference?

All of these substances are dangerous, and they have the potential to cause fatal overdoses. Unfortunately, if you don’t overdose when trying some of these drugs, they have a high potential to be abused, which can lead to addiction.

The term opioid and opiate derive from the opium poppy. Opium is a distinct substance that comes from the poppy plant, and the flowers have been cultivated on a mass scale for thousands of years to collect the seed pods, which are then dried to make the drug. It has been exploited for its medicinal properties, such as treating cough and diarrhea, pain relief, and inducing sleep. Unfortunately, it also causes an intense high. 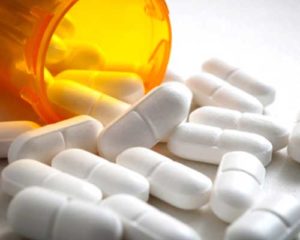