Adderall is a drug that is the mixture of amphetamine and dextroamphetamine used to treat narcolepsy and ADHD  known as attention deficit hyperactivity disorder. This drug works by stimulating the central nervous system which in turn affects the chemicals in the brain. Because this drug is considered to be strong,  Adderall is a habit-forming medicine that forms an addiction.

Some side effects of the drug that are well-documented are sparks in psychosis most noticeable in patients who have a history of mental illnesses such as depression or bipolar disorder. Aside from mental side effects, physical side effects are also a recurring aspect of Adderall.

In certain cases, people may experience chest aches, lightheadedness, aggression, circulation problems, and other things. Adderall is popular among young adults and children due to the fact that it helps treat hyperactivity disorders. In the past two decades, there has been a significant increase in ADHD. This inability to focus or pay attention is a cause for huge concern in schools around the United States. For many years Adderall has been the solution to this issue.

What Are the Adderall Withdrawal Symptoms?

As mentioned above, Adderall is used to help people concentrate and have a better focus overall in their personal and professional lives. However, symptoms of withdrawal from Adderall seem to have the opposite effect for which it was intended. When the person abruptly ceases taking it, the side effects will begin to emerge and the person will start to experience the effects of withdrawal. Some of the symptoms may be hard to deal with alone and without medical assistance.

In certain situations, people may find that quitting Adderall keeps them from focusing or articulating in any social or academic scene. Speech patterns may be affected and the inability to have coherent thought processes does not materialize.  Adderall withdrawal can have a strong negative impact on the person especially if they are used to taking the drug on a frequent basis. For this reason alone, people who quit must have professional supervision before doing so.

What Are the Stages of the Adderall Withdrawal Timeline?

In order to determine how powerful the impact of withdrawal will be, there are various things to keep in mind. Adderall is a drug that is used for an extended period of time especially in a child, teen, or young adult’s life. It is safe to assume that building a tolerance for the drug over a prolonged period of time will produce strong withdrawal symptoms if quitting cold turkey.

Another important factor to keep in mind is which type of Adderall the person has been taking. Adderall and Adderall XR  work in different ways. For instance, anyone who is taking Adderall will notice that the general effects will last maybe six hours at most while Adderall XR will remain in the person’s body for a much longer time causing it to build up. For this reason alone, Adderall XR’s withdrawal phase will take longer for the body to detox versus its far less powerful brother.

The First Week of Withdrawal

The first few hours are always the hardest for people to endure. At this stage, many psychological issues begin to arise. Symptoms such as depression, tiredness, and others take over.

During an initial couple of days, the patient will begin to feel what it’s like to steer away from the drug, abandoning its effects on the brain. Problems with concentration, focusing, or basic mental capacities become a chore and a hard task for many. The feelings of depression and irritability intensify during this initial first week. Certain groups of people will experience headaches and recurring nightmares. Within the span of five to six days, the height of the withdrawal intensity will plague the person’s life.

Towards the end of the 7-day week, the symptoms will begin to fade a bit but certain symptoms such as the capacity to function normally in social settings and concentration will still be an issue. Mild depression is also a common recurring symptom.

The First Month of Withdrawal 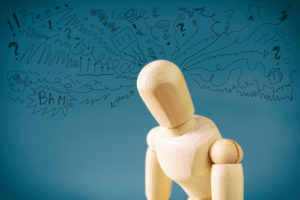 People who are suffering from addiction from legal and illegal substances find it hard to steer away for a long time. This is due to failed detox or no detox in certain situations. Proper medical detoxification helps the person prevent future addictions either to the same substance or harsher more stronger substances. Detoxification is basically the process of getting rid of the drug out of any patient’s body.

As soon as the drug is no longer in the person’s body, strong withdrawal symptoms will begin to kick in, for this reason, people tend to relapse or try other drugs in order to balance out their symptoms.

This is where professional detox comes into play. Addiction specialist and institutes that treat addiction are trained to help combat this awful phase. They offer support and also administer the correct medications that help balance or ease the harsh symptoms that withdrawal causes. Quitting cold turkey without a professional staff supervising the patient will have a hard time steering away from future addictions. Certain institutes offer 24/7 supervision which is the ideal scenario in which you should seek treatment. It’s no surprise that’s so many people fail to eradicate their addictions due to poor or no medical detox.

Medical detox is only the first step. It’s considered the most important step. one. Rehabilitation requires a series of steps such as dieting, meditation, and counseling, education.  A plan of action is required in order to completely find balance in your life. Doing this alone can become a very overwhelming task, and the majority will never follow up. But in today’s reality, people don’t have to go through this alone. It’s always wise to seek professionals who will guide them into a new lifestyle.

These programs usually involve residential treatments or outpatient treatments, both of which are very useful but tackle different types of addiction intensities. Residential treatment is recommended for people who have aggressive addictions that have lasted for a long time. For this reason, they seek a much more supervised program to help them with their issues. Those who struggle with Adderall addiction for a lesser amount of time may seek outpatient programs. This allows them to check in and check out on a weekly basis. These treatments are a series of meticulous milestones and activities that cure their addictive habits.