The mental effects include depression, anxiety, extreme mood swings, and the formation of addiction.

Cocaine (benzoylmethylecgonine) is a powerful psychostimulant substance that is produced by extracting the substance from the leaves of the coca plant.

Although most people recognize cocaine as a serious drug of abuse,  it is still considered to have some medicinal uses. As a result, it is classified under the C II category by the U.S. Drug Enforcement Administration (a (DEA) Schedule II controlled substance).

Abuse of cocaine spiked in the 1970s to 1990s, but today, less expensive drugs and the popularity of opioids and methamphetamine have led to an overall decline in cocaine abuse. Still, according to data provided by the Substance Abuse and Mental Health Services Administration (SAMHSA), about 6.9 million people were estimated to have used cocaine at least once in 2017.

How Is Cocaine Abused?

There Are Three Major Ways That Cocaine Is Abused:

Cocaine can also be swallowed, but this appears to be rare.

Although cocaine does retain some medical uses, particularly as an anesthetic or a vasodilator, it is not prescribed to individuals. Its medicinal use is limited to professional medical facilities, such as dentists’ offices or hospitals. Anyone caught by the police possessing cocaine is typically charged with a crime, such as illegal possession of a controlled substance. 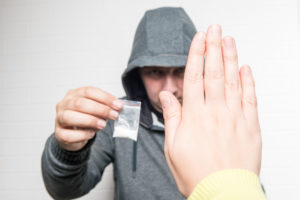 The method one uses to administer cocaine can lead to some specific effects in addition to the general impacts which can occur from chronic cocaine abuse.

People who smoke or inject cocaine are getting a more efficient delivery of the drug into their system. They may develop chronic issues much more quickly, or they may have more serious issues compared to people who snort the drug.

Overall Effects of Chronic Cocaine Use

If you chronically abuse cocaine, you may experience:

Effects on Other Areas of Life

If You Abuse Cocaine on a Regular Basis, You Are Very Likely to Experience:

Stress in other areas of life can compound any health issues your cocaine abuse is causing.

You May Find That You: 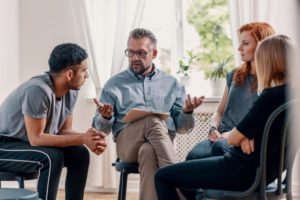 Individuals with substance use disorders often have other co-occurring mental health disorders. While abusing cocaine may not cause these disorders to develop, it makes it more likely that you may struggle with depression, anxiety, trauma and stress, and even psychosis (hallucinations and/or delusions).

People who abuse cocaine are far more likely to experience early mortality due to health problems, being the victim of a crime, or as a result of suicide or self-harm associated with psychological issues.

The detrimental effects of cocaine abuse are increased when you use cocaine in conjunction with other drugs of abuse.

The most common combination is alcohol and cocaine. As the liver attempts to metabolize alcohol and cocaine, cocaethylene (ethylbenzoylecgonine) is produced. This substance is extremely toxic and increases the risk to develop liver damage, cardiovascular disease (including increased risk for stroke or heart attack), and brain damage that can lead to cognitive problems (particularly issues with impulsivity and judgment).

If you are abusing cocaine, you are very likely to develop problems with your health as well as significant distress in your personal life that can involve relationships, work, and other obligations. Because cocaine is a controlled substance and illegal to possess in most cases, you may also experience significant financial and legal issues.

If you have a problem with cocaine, discuss the situation with your physician or licensed mental health professional. With comprehensive addiction treatment, you can leave cocaine abuse in the past.