Crystal Meth Overdose: Signs, Symptoms, What to Do

While our attention and efforts remain committed to fighting the opioid crisis, we’ve overlooked the dangers of modern meth, which has caused a significant uptick in meth use. In the past, crystal meth was a drug made in home labs and varied in purity. Today, Mexican super labs make crystal meth, and it is flooding the United States. Its purity has increased dramatically, and many experts mention that the meth of today looks like nothing, chemically, as it did several years ago. Meth users come in during psychotic breaks from reality and take many months to achieve a sense of normalcy. Unfortunately, since meth isn’t an opioid, federal addiction treatment funds can’t be used to fight it.

Meth use has slipped through the cracks and is slowly turning into the next “opioid crisis.” According to the U.S. Centers for Disease Control and Prevention (CDC), meth use surged in the United States from 2015 to 2018, rising dramatically to an annual use rate of 59.7 per 1,000 adults, equating to around 14,689,900 people per year. The continued use of meth alone or in conjunction with opioids has led to crystal meth overdoses and other complex medical challenges for patients, families, and the healthcare system.

Overdose deaths involving stimulants have risen at a rate not seen before, and meth has been the primary culprit behind these deaths. However, despite that, methamphetamine use and methamphetamine use disorder (MUD) has risen at a slower clip than one might believe, suggesting that the overdose risk of those who use crystal meth has skyrocketed. It’s not clear what changes in crystal meth use patterns account for this, but one theory is the purity has significantly risen.

Author Sam Quinones from The Atlantic recently published an article about crystal meth titled “I Don’t Even Know That I Would Even Call It Meth Anymore.” Unfortunately, he’s right, and it’s creating a wave of severe mental illness, worsening homelessness across the United States. It is also partly responsible for the overdose deaths we’re witnessing. The process in which it’s made changed the drug forever, and today, we’re dealing with the consequences of that. Unfortunately, as tons and tons of crystal meth continue flooding our borders, we’re likely going to experience a wave of overdoses, even in those who may not use the drug regularly or who develop a substance use disorder (SUD).

What does this all mean, exactly? Well, if you’re around someone experimenting with crystal meth or know a regular user, it’s vital for you to know the signs of an overdose. Knowing what to look for can be the difference between life and death, as well as knowing what to do. Below, we’ll explain what you need to know.

In 2018, crystal meth was one of the leading causes of overdose death in the United States behind opioids. In that year alone, it claimed 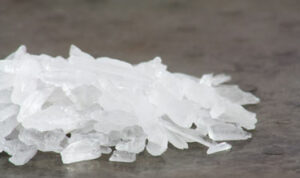 67,367 lives. Methamphetamine is a stimulant drug, and the most potent form of it is sold on the street. Doctors prescribe a much weaker version of the drug to treat attention-deficit hyperactivity disorder (ADHD) and narcolepsy. Other medications used legally to treat cold symptoms like decongestants can be made into meth.

If you don’t seek treatment immediately because you’re afraid to admit meth use or get caught having the drug, or you’re not sure that you’ve overdosed, it might cost you your life. Knowing these symptoms is quite literally the difference between life and death. Even if you survive without seeking help, you could permanently damage your body, which can be debilitating.

A meth overdose can occur at any moment, and you don’t have to be an addict to overdose – it could be your first time using it. Individuals who abuse the drug might overdose because of the buildup of the drug in their bodies. Even if you take a small dose, an overdose is possible. Since meth is illegal, you can’t be certain one batch to the next is similar in purity. You must always assume the worst.

The early signs of a meth overdose look similar to someone under the influence of meth. However, there are subtle differences to look for, like a more intense version of the high and a rapid heartbeat. Other symptoms include:

How to Treat a Crystal Meth Overdose

If you believe someone has used crystal meth, which is causing their erratic and unusual symptoms, get medical help immediately. Waiting can be fatal or cause permanent damage, so call right away. You must also take extreme caution around them, especially if they appear to be paranoid or excited. If they’re experiencing hallucinations or delusions, you could become a target, and they could accidentally harm you. Call 911 and get to a safe place.

However, if they’re not in a hyperaggressive state and having a seizure, you must gently hold the back of their head. This will prevent them from injuring themselves. If you can, turn their head or body onto its side in case they vomit – this will prevent choking on their own vomit. Also, do not try to stop their arms and legs from shaking. Another misconception is to put something in the person’s mouth so that they don’t bite their tongue. Do not do this as you can harm yourself in the process.

Before you call 911, have the following information at your disposal:

When emergency services take them to the hospital, they will monitor their vitals, pulse, breathing rate, temperature, and blood pressure. Depending on their symptoms, they will be treated. The individual could also receive the following:

What Happens After a Crystal Meth Overdose?

As mentioned above, not seeking treatment right away can have severe consequences, including long-term damage, coma, or death. How well the individual dose afterward depends on how much meth they took, how long they’ve been using it, and how fast they received treatment after the overdose. The fastest they get help, the better their odds are of a full recovery.

As the article we shared above mentions, crystal meth is not the same today as it once was, meaning that symptoms like psychosis and paranoia can last up to a year after you stop taking crystal meth. Even if you treat it aggressively, it can persist for quite some time. Falling asleep and problems with memory can also plague you permanently. Skin changes and tooth loss are also permanent unless you receive cosmetic surgery to deal with the issue. Further disability can occur if you experience a heart attack or stroke, which can occur as a result of very high blood pressure or body temperature.

The long-term prognosis depends on the organs affected. Your safest bet is to stop using crystal meth and seek help before something happens you can’t change.