Tizanidine is a muscle relaxant that’s used to treat issues that cause muscle spasms and tightness. Injuries and neurological disorders can cause painful muscle contractions. Tizanidine can help to relax muscles and alleviate pain. It’s a non-narcotic medication, which means that it’s not related to pain-relieving opioids. In fact, tizanidine offers an alternative pain-management option to opioids when it comes to pain with a specific cause. Unlike opioids, tizanidine isn’t a federally controlled substance. It can be bought from any pharmacy with a prescription from a medical professional.

However, drugs with depressant effects are often used recreationally to achieve a euphoric high. Muscle relaxants can cause many of the same effects that depressants do like dizziness and drowsiness, but they’re usually not the first choice among people that are looking for a recreational drug. Still, what happens if you abuse tizanidine? Learn more about tizanidine abuse and its effects.

Tizanidine is a prescription drug that’s used to slow down impulses that cause muscle spasms. It’s often prescribed to treat people with spinal injuries and neurological disorders like multiple sclerosis. As a central nervous system depressant, tizanidine works to slow down impulses that can cause painful muscle spasms and tightness. However, unlike depressants that include benzodiazepines and alcohol, it doesn’t work by interacting with the chemical GABA to cause sleepiness. Still, there are similarities between muscle relaxants and depressants. Some of the side effects of tizanidine include dizziness, drowsiness, and muscle weakness, similar to depressants. You may also experience nervousness, hallucinations, depression, dry mouth, gastrointestinal issues, rash, sweating, and tingling sensations.

Does Tizanidine Have High Abuse Potential? 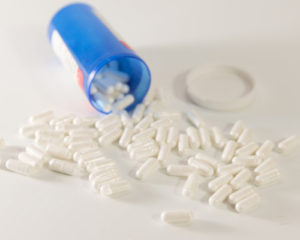 Tizanidine isn’t a controlled substance, which means that the government doesn’t consider it to have a high potential for abuse. But in high doses, it can cause drowsiness and sedation, which might be sought out for recreational use. Nonetheless, it doesn’t cause euphoric symptoms as readily as depressants and other prescription drugs that are more frequently abused. High doses are also more likely to cause unpleasant side effects that may be unattractive to recreational users. Symptoms like anxiety, heartburn, and chest pain, with very few positive effects, make the drug less likely to be abused. Still, the fact that it’s less regulated than other common drugs of abuse may make it a viable option for some people.

What Happens If You Abuse Tizanidine?

Tizanidine doesn’t have a high addiction liability, which means that it’s unlikely for abuse to lead to a severe substance use disorder. However, overuse could lead to tolerance and chemical dependence. If you use the drug consistently for long periods of time, you may need higher and higher doses to achieve the same effects. If you stop using tizanidine after developing a chemical dependence, you may experience uncomfortable withdrawal symptoms.

A review that looked at a poison control center report on tizanidine overdoses found that very high doses caused some potentially serious symptoms, like changes in heart rate and blood pressure, but that these overdoses could be effectively treated with medical intervention. Other potential overdose symptoms could be lightheadedness, fainting, chest pains, fever, kidney stones, and shortness of breath.