What’s the Connection Between Bipolar Disorder and Substance Abuse?

Bipolar disorder is a mental illness that causes dramatic shifts in an individual’s mood and energy, causing impaired thinking and judgment. A person struggling from bipolar disorder may experience extremely elevated moods that bring about feelings of euphoria as well as intense agitation. These highs may be followed by a crash, or period of severe depression and low energy.

Substance abuse is extremely prevalent in the U.S. In fact, it is on the rise.

According to the National Institute on Drug Abuse, in 2013, approximately 24.6 million U.S. adults (9.4 percent of the population) had used an illicit drug in the previous month. That number didn’t include prescribed drugs, and given recent trends, it has no doubt grown significantly since then. Abuse of prescription drugs and opioids has increased significantly in the past decade. 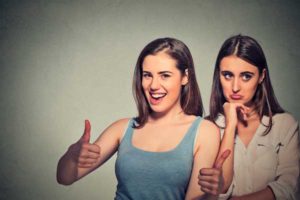 Bipolar disorder can vary greatly in terms of severity and symptoms.

To be diagnosed with bipolar disorder, an individual must have experienced at least one episode of mania or hypomania — a condition that can be categorized by mood changes, impaired judgment, extreme changes in energy and activity, disrupted thought patterns, and changes in speech.

Severe mania may include psychotic thoughts or episodes. Hypomania is less intense and does not involve psychosis.

Individuals who struggle with bipolar disorder also have depressive episodes.

During these times, they will have low energy and may become withdrawn from others, avoiding activities they usually participate in and enjoy. Feelings of worthlessness and depression may also be present as well as changes in appetite and sleep patterns.

These episodes may be especially hard to deal with after the euphoria and high energy of mania, particularly for individuals who are unknowingly struggling with bipolar disorder and have not been diagnosed or received treatment. They may feel confused and hopeless as to why they cannot live a more normal life without such drastic mood swings.

Many consider bipolar to be a disorder of up and down moods, with an individual experiencing great highs and pleasure during the “up” phase (mania) and severe depression during the “down” phase (known as a depressive episode).

The manic phase of the disorder can be extremely dangerous and not enjoyable at all. The behavior may become incredibly agitated and unable to control their behavior. They also may participate in high-risk behaviors.

Alternatively, they may be compelled to abuse a substance during a depressive episode in hopes of regaining energy and being able to return to the “high” of their manic state.

In other cases, substance abuse may exacerbate or trigger mental illnesses like bipolar disorder. Some drugs interact with brain chemicals and neurotransmitters. Continued or long-term use can result in changes to the brain and create mental disturbances.

For example, an individual might have very mild symptoms of bipolar disorder but begin to exhibit full-blown mania and psychosis during a drug binge or while using a drug that causes mood disturbances or hallucinations.

Whether the drug addiction or bipolar disorder came first, once an individual is struggling with both, they may feel trapped in a dark cycle of addiction and mental illness.

Which Drugs Do Individuals With Bipolar Disorder Use? 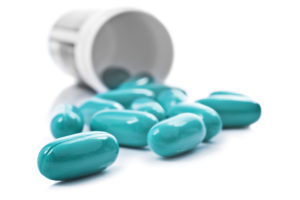 There is limited research available on which drugs those struggling from bipolar disorder use. Because both substance use disorders and bipolar disorder are highly unpredictable, it is known that users may become dependent on a number of drugs, which they may be introduced to in many different ways.

During a manic episode, an individual with bipolar disorder may engage in high-risk behavior that could include experimenting with random or dangerous substances.

Those with bipolar disorder may try to self-medicate or balance their mood and energy levels. Often, these individuals may be unaware that they are struggling from bipolar disorder and self-medicating. They may seek relief from excessive energy or agitation in the form of calming, depressant-type substances like alcohol or sedatives, or they may try to stay “up” by using stimulants like cocaine or methamphetamine.

Painkillers like opioids may provide relief to those struggling with the frustration of dealing with bipolar disorder, offering a numbing of emotional pain and an escape from the extreme and taxing mood swings of the disorder. 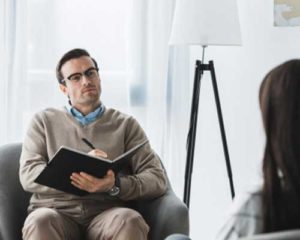 Treating an individual who is struggling from both bipolar disorder and a substance abuse problem requires a comprehensive recovery plan that addresses both the underlying mental illness and the physical and emotional addiction elements present.

Because individuals with bipolar disorder are at such high risk for suicide and impulsive behavior, a residential program is often the safest option for recovery. The environment will allow clients to undergo detox in a safe and medically monitored setting, where mood swings and mental disturbances can be managed.

Medications will likely be used in a residential treatment program. This may include medication to ease the withdrawal process.

After withdrawal, non-habit-forming medications, like antidepressants, may be used to stabilize the client’s mood and behavior. Mood stabilizers and antipsychotic medication may be administered as well, depending on the symptoms exhibited after withdrawal.

Therapy will be a major component of treatment for bipolar disorder and substance abuse. While bipolar disorder is a mental illness that is unpredictable and not controlled by a user’s habits or behaviors, underlying trauma or emotional problems may contribute to the person’s mood and behavioral struggles.

Therapy can also be very effective in providing a client with practical life skills that will help them overcome their addiction and successfully re-enter society.

An individual may have turned to drugs after being unable to control their mood swings and other symptoms of their bipolar disorder. Therapy, often alongside medication, may empower people to unlearn bad behavioral patterns and develop better habits and coping skills.

Cognitive behavioral therapy (CBT) — during which clients participate in therapy to identify relationships and activities that may trigger substance abuse — may be particularly effective. Group therapy, which promotes accountability and a sense of community, may also be very helpful to those struggling from bipolar disorder, reminding them that they are not alone in their struggle.

Because of the unique risks and circumstances faced by someone with both bipolar disorder and substance abuse, people should seek out treatment from medical professionals who are experienced in treating co-occurring disorders.

Bipolar disorder is a serious mental illness that increases one’s risk of suicide. Those struggling from it may self-medicate with various substances of abuse. Alternately, people may trigger or worsen bipolar disorder by their substance abuse.

An integrated treatment program that addresses both issues is needed because of the unique connection between the two conditions.