What Is an Addictive Personality? How to Tell if You Have One

Drug addiction, or substance use disorder (SUD), is a complex, chronic condition characterized by compulsive behaviors around intoxicating substances, including prescription drugs, illicit drugs, and alcohol. These behaviors can lead to an escalating physical dependence and tolerance to these substances, so the person using can quickly increase the dosage they use. This increased use changes how the brain manages neurotransmitters, which can eventually change the structures of the brain. Since addiction is a chronic condition, management of the symptoms can take weeks or months, and relapse is considered part of the condition.

Because addiction can lead to compulsions and the risk of relapsing after quitting several times, the concept of an addictive personality arose. It was believed that some people are merely drawn to being addicted to certain drugs while others are not. It was also believed some things might increase the risk for this issue, including genetics, family history, environment, and mental health.

However, many scientists now believe that the idea of an addictive personality is inaccurate. There are no specific personality traits that can predict whether a person will become addicted to substances or not.

The Myth of the Addictive Personality

Between 10 and 20 percent of people who try addictive substances like alcohol, nicotine, cocaine, meth, opioids, prescription sedatives, or marijuana will develop an addiction to the drug. Most people who try these substances may abuse them for fun, but they will stop or have control over how much they consume. This concurrence led to the idea that there is something about people who struggle with addiction that is unique and that may be their personality.

Some Signs Associated with Addictive Personalities over the Years Include:

These associations may have started because of the close correlation between addiction and mental illness, including depression, anxiety, bipolar disorder, and schizophrenia. While these conditions overlap, this may be caused more by genetics and similar triggers during childhood than one causing the other.

For example, a 2009 study found that low levels of dopamine were associated with an increased risk of addiction. The study examined people with Parkinson’s disease, which involves excessively low levels of dopamine in the brain. After Parkinson’s patients receive medication, which mimics dopamine, to treat their symptoms, they were found to be at a higher risk of developing a gambling addiction to increase the dopamine surge in their brains. 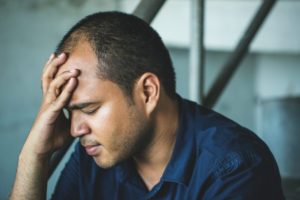 The group with Parkinson’s did not necessarily have an addictive personality to start with. The presence of more dopamine may have changed some of their behaviors, but that does not inherently mean there is one type of personality associated with a higher risk of addiction. Instead, it is more likely that a confluence of factors increases risks. When you know how many risk factors you have for potentially developing an addiction, you can better manage these and monitor yourself to avoid developing this condition.

The idea of an addictive personality is tied into the concept that performing repeated behaviors, like working hard or spending a lot of time playing card games, inherently means that the person is addicted. Addiction is a medical condition, and the inability to stop performing certain behaviors, like drinking alcohol, is one sign among several that the person is addicted. It is not the only condition that defines addiction, however.

The Reality of Addiction Is Complex

Many people describe themselves as having “addictive personalities” when they describe their work habits, caffeine consumption, shopping exploits, or other behaviors. But this is not the same thing as struggling with addiction.

Having an addiction to a substance, like alcohol, increases the risk of developing an addiction to other substances or behaviors later. While this has been tied in the past to having an “addictive personality,” it is much more likely a confluence of conditions that increase risk.

Risk factors associated with addiction include:

Heredity is a large part of addiction. People who have family members who struggle with addiction, especially close relatives like parents, are more likely to develop an addiction, mental health struggles, or both. While few genetic markers specifically indicate addiction, some have been linked to an increased risk.

Both childhood and adulthood environments increase the risk of becoming addicted to drugs or alcohol. Abuse, neglect, and trauma in childhood increase risk, while abuse, trauma, and high stress in adulthood also increase risk.

Struggling with a mental illness has been closely correlated to also developing an addiction, likely due to self-medicating behaviors. However, this correlation is not understood to be causation.

Abusing drugs in adolescence increases the risk of physical dependence and addiction later in life.

Some drugs are simply more addictive than others. This includes heroin, meth, and cocaine, which tend to be more addictive than hallucinogens or marijuana; however, this can also depend on which drugs one has access to and the confluence of factors listed above.

Ingesting drugs through the digestive system, like alcohol or prescription pills, is not likely to cause a very rapid high. Smoking drugs, on the other hand, is more likely to lead to addiction because the chemicals reach the brain very fast.

Since the origins of addiction are more complicated than a handful of personality traits, it’s important to work with medical professionals who understand the complexity of this condition. It isn’t as simple as a certain personality type resulting in addiction. Many things factor into the equation.