What are the Psychological Signs of Drug Dependence?

Trying to divide any form of behavior into purely physical components and purely psychological components represents a misunderstanding of behavior. The notion of dualism, the separation of the mind and body, has long been abandoned.

What is Psychological Dependence?

When the term psychology is used in any context, it refers to behavioral activities that relate to a person’s thinking (their mind). However, as explained above, there is no situation where any type of behavior can be performed free from a biological or physiological process, and many of a person’s physical actions have a psychological component to them. 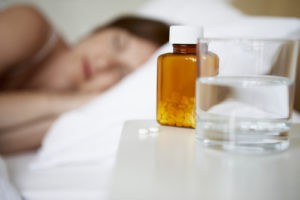 Withdrawal symptoms from different types of drugs and alcohol can be symptoms that are more emotional in nature, more physical in nature, or a combination of both. For instance, when a person is undergoing withdrawal from some form of stimulant, they often experience severe apathy and depression (categorized as being primarily emotional or psychological symptoms), whereas someone undergoing withdrawal from opiates will very often experience significant anxiety, nausea, vomiting, and flu-like symptoms (a combination of physical and emotional symptoms).

Certain Types of Withdrawal Symptoms Will Typically Be Considered Either Emotional or Psychological. These Include:

Individuals may become emotionally distraught or be prone to making impulsive or bad decisions that can lead to harm, such as being at an increased risk for overdose or engaging in suicidal behaviors.

Most individuals exhibit a combination of physical and emotional symptoms when they go through withdrawal. Often, their withdrawal symptoms are labeled as either psychological or physical, depending on their severity.

Someone who has significant depression may find that this overshadows their other symptoms, and they may be referred to as having “psychological dependence,” whereas someone who is very nauseated and vomiting would be more likely to be labeled as having primarily physical withdrawal symptoms even if they are also experiencing some depressive symptoms.

According to the Diagnostic Criteria for Different Withdrawal Syndromes Listed by the American Psychiatric Association (APA), These Substances Include:

Conversely, substances like opiate drugs, alcohol, and benzodiazepines are more likely to be labeled as producing physical withdrawal symptoms. In some cases, such as withdrawal from alcohol or benzodiazepines, the physical symptoms can be potentially dangerous, such as the development of seizures, which can cause brain damage or even be fatal.

Some individuals may display psychosis (hallucinations and/or delusions) during withdrawal. This may occur during withdrawal from alcohol, stimulants (like cocaine), hallucinogenic drugs, inhalants, and numerous other drugs. Although psychosis is considered to be a manifestation of a mental health problem, the process that produces psychosis is believed to be associated with certain neurotransmitters in the brain.

Therefore, when someone displays psychosis during withdrawal, it is believed to be due to a physiological process, again stressing the strong connection between physical processes and psychological constructs.

The diagnosis of a withdrawal syndrome is based on the type of drug one has used. The diagnosis is not made according to the notion that the person may be psychologically dependent on a drug.

Treatment for any withdrawal syndrome is based on the type of drug the person has abused and the specific symptoms that they express. There are protocols to address withdrawal from numerous drugs, such as alcohol, benzodiazepines, opiates, and other drugs, and these protocols do not distinguish between physical and psychological dependence.

The protocols are usually adjusted based on the severity of the person’s symptoms and not whether these symptoms are considered to be primarily psychological or physical.

There is no reason to believe that relapse rates are lower when the person is considered to be psychologically dependent on a substance as opposed to having more physically based withdrawal symptoms.