Sleep Disorders and the Risk for Substance Abuse

Sleep disorders are conditions that affect the quality, timing, or amount of sleep an individual gets. Suffering from a sleep disorder can have a very negative impact on a person’s life, making functioning on a day-to-day basis harder and exacerbating stress levels.

Sleep disorders can be a symptom of mental problems. They can also make existing mental health problems worse.

Research has found a connection between sleep disorders and a greater risk of disease.

The Connection To Substance Abuse

Sleep disorders can complicate substance abuse problems in a number of ways.

Some patients become dependent on their sleep medication and develop a tolerance that may lead them to increase their dosage or begin using the medication recreationally.

Some people who develop a dependency on a substance may develop a sleep disorder during times of withdrawal or as their tolerance to the substance increases, and its effects become less impactful.

The Importance of Sleep

Sleep is critical to the human body and mind, providing needed rest and repair time so both can function optimally. People can maintain health and avoid the side effects of insomnia and other sleep disorders by following the below:

Most adults need between seven to nine hours of sleep per night.

There are two types of sleep that individuals cycle through during rest.

Rapid eye movement (REM) sleep– The brain is more active, processing emotions and memories. This is important for advanced thinking and cognitive function. Most dreaming occurs during REM sleep.

Generally, a person’s body functions on a 24-hour cycle that helps them determine when to sleep and wake up. This is called a circadian rhythm. When someone’s rhythm is disturbed — often due to travel or an unusual work schedule — it can have a negative impact on their sleep cycle.

What Are The Most Common Sleep Disorders?

This is habitual sleeplessness or inability to sleep. Insomnia affects millions of people worldwide. Over a third of Americans report trouble sleeping. Struggles with insomnia may include trouble falling asleep, waking up throughout sleep, or waking up too early.

Short-term insomnia is very common. It may be caused by life events as well as everyday stresses like travel, work issues, diet changes, or social or relationship problems.

Chronic insomnia is a more serious problem. If an individual has difficulty getting to sleep more than three nights a week for three months or more, they are considered to be suffering from chronic insomnia.

Individuals with sleep apnea may experience pauses in breathing while they sleep, resulting in inadequate and low-quality sleep that can contribute to serious health problems like type 2 diabetes and heart problems. Symptoms of sleep apnea include drowsiness during the day, loud snoring, and waking up with shortness of breath.

This is a condition that is often hereditary. It causes unpleasant sensations, like prickling or crawling, while legs are at rest. This results in the need to move the legs for relief, which interrupts sleep.

Narcolepsy is more common in individuals with a family history of sleep disorders as well as those who have suffered head trauma or injury. Individuals with narcolepsy are prone to “sleep attacks” throughout the day, which can last a few moments or up to 30 minutes.

In addition to a lower quality of life and health due to decreased function during the day, sleep disorders involve other risks, including:

INCREASED LIKELIHOOD OF FALL OR ACCIDENT

Someone who struggles with a sleep disorder may be more likely to fall or lose their balance because a lack of quality sleep reduces cognitive function.

It may be dangerous for someone suffering from a sleep disorder to get behind the wheel, especially if they are experiencing symptoms like drowsiness or confusion.

After continuous struggles with a sleep disorder, people may feel “not like themselves” on a regular or even daily basis. Their moods change, and irritability may create relationship problems.

Someone struggling with a sleep disorder may find it makes most aspects of their life more difficult — from job performance and friendships to health and family life. The symptoms of a sleep disorder may feel overwhelming, especially when combined with the physical effects of a lack of sleep, and can easily lead to depression.

While treatment of mild sleep disorders varies, there are many relatively easy and effective lifestyle and diet changes that many professionals recommend. These may include taking hot baths, avoiding caffeine, and getting more exercise throughout the week.

Treatment of chronic or more severe sleep disorders, however, may require more commitment as well as professional help and sometimes medication.

Some commonly prescribed medications for sleep disorders include:

The first option usually taken by doctors to treat sleep disorders with medication is a drug from what is often called the “Z” family. These are sedative-hypnotics that include zolpidem (Ambien), zaleplon (Sonata), and eszopiclone (Lunesta). These drugs can be highly addictive, and some have side effects that include a hangover-type effect the next day as well as bad dreams.

Benzodiazepines, such as lorazepam and temazepam, are sometimes prescribed for sleep disorders. Some may have less of a drowsiness effect the next day; however, because of the way benzodiazepines interact with brain neurotransmitters, they may be more addictive.

This is a melatonin receptor agonist with side effects that may include fatigue and dizziness. In some patients, this medication worsens sleep problems.

Desyrel, or trazodone, is an antidepressant approved to treat sleep disorders.

When both a sleep disorder and substance abuse problem are present, there is usually a complicated relationship between the two. Because everyone’s health, body, and drug dependency problems are different, each situation is unique.

Because of the often complicated relationship between substance abuse and sleep disorders, the right treatment strategy is key. 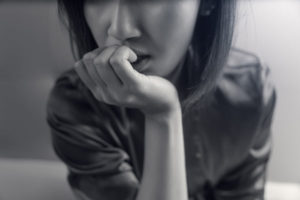 The proper strategy will depend on the individual as well as their specific sleep disorder and substance dependencies.

Many doctors may be hesitant to prescribe habit-forming sleep medications to individuals who suffer from both sleep and addiction disorders. They may be more likely to prescribe certain antidepressants or safer alternatives.

Withdrawal from certain sleep disorder medications, such as benzodiazepines, should never be attempted cold turkey. This sudden withdrawal can result in tremors or seizures that may be dangerous and even life-threatening.

A professional treatment center with experience treating co-occurring sleep disorders and addiction problems will ensure the greatest possibility of success and comfort during withdrawal.

Because so many sleep disorder prescriptions are addictive, many professionals focus on natural methods to treat sleep disorders. These may include:

Sleep disorders are very common in the U.S., with effects ranging from a lower quality of life to serious medical concerns. Often, substance abuse disorders are connected to sleep disorders. When this is the case, a comprehensive treatment strategy, designed by experienced professionals, is the safest and most effective route to recovery.