How Cymbalta Affects Your Weight

Cymbalta (duloxetine) is an antidepressant prescribed to treat the symptoms of depression and anxiety in adults. The U.S. Food and Drug Administration approved the drug for use in 2004.

People who take Cymbalta on prescription may do so to help manage the pain of chronic conditions, such as diabetic nerve damage, fibromyalgia, and osteoarthritis. It can also be used for chronic back pain.

Side effects can result from Cymbalta use. Among them are:

Are Weight Changes Common With Cymbalta Use?

Some users have reported changes in their weight after using Cymbalta. At least two commenters who reviewed the medication on a discussion board at EverydayHealth.com wrote that they had gained weight while using it. One person said she experienced steady weight gain up to more than 20 pounds. One person, however, reported seeing weight loss during Cymbalta use.

Cymbalta’s effects on weight have been studied for nearly as long as it’s been on the market. In a study published in 2006, researchers collected and reviewed the body weight data from 10 clinical studies of duloxetine that was involved in the treatment of patients with major depressive disorder.

They observed that patients who used duloxetine experienced some weight loss during short-term treatment but made modest gains in weight during longer-term treatment. Overall, they concluded that “The size of the weight changes observed suggests that the antidepressant duloxetine has minimal effects on weight for the majority of patients.”

A 2014 study also couldn’t find definitive answers on whether antidepressants cause changes in weight. It concluded that “antidepressants differ modestly in their propensity to contribute to weight gain,” after reviewing prescribing and weight data of more than 22,000 adult patients who took various prescription antidepressants, which a list that included duloxetine.

The study’s authors also wrote that “Short-term investigations may be insufficient to characterize and differentiate this risk.” 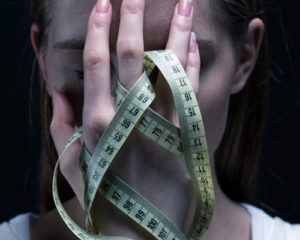 “While evidence seems to suggest that Cymbalta can affect your weight, just exactly how it does is unclear,” Healthline writes in its report about the 2014 study’s findings.

What To Do If Your Weight Changes After Taking Cymbalta

While more study is needed on how antidepressants affect weight changes, gaining or losing weight is a valid health concern, and it’s one you should tell your doctor about. If you have noticed changes in your weight since using Cymbalta, consult with your physician about the dosage you are on and whether it needs to be changed.

You also must tell your doctor if you want to stop taking Cymbalta. Do not abruptly stop using the medication, as you could experience symptoms of antidepressant discontinuation syndrome, which is similar to drug withdrawal. The symptoms of this syndrome include headache, fatigue, dizziness, nausea, vomiting, and flu-like symptoms, among many others.

You may want to manage your weight by watching your diet and exercise routine. Weight changes are likely unique to each individual, so take your needs and medical history into account when determining what’s the best approach to weight management for you.